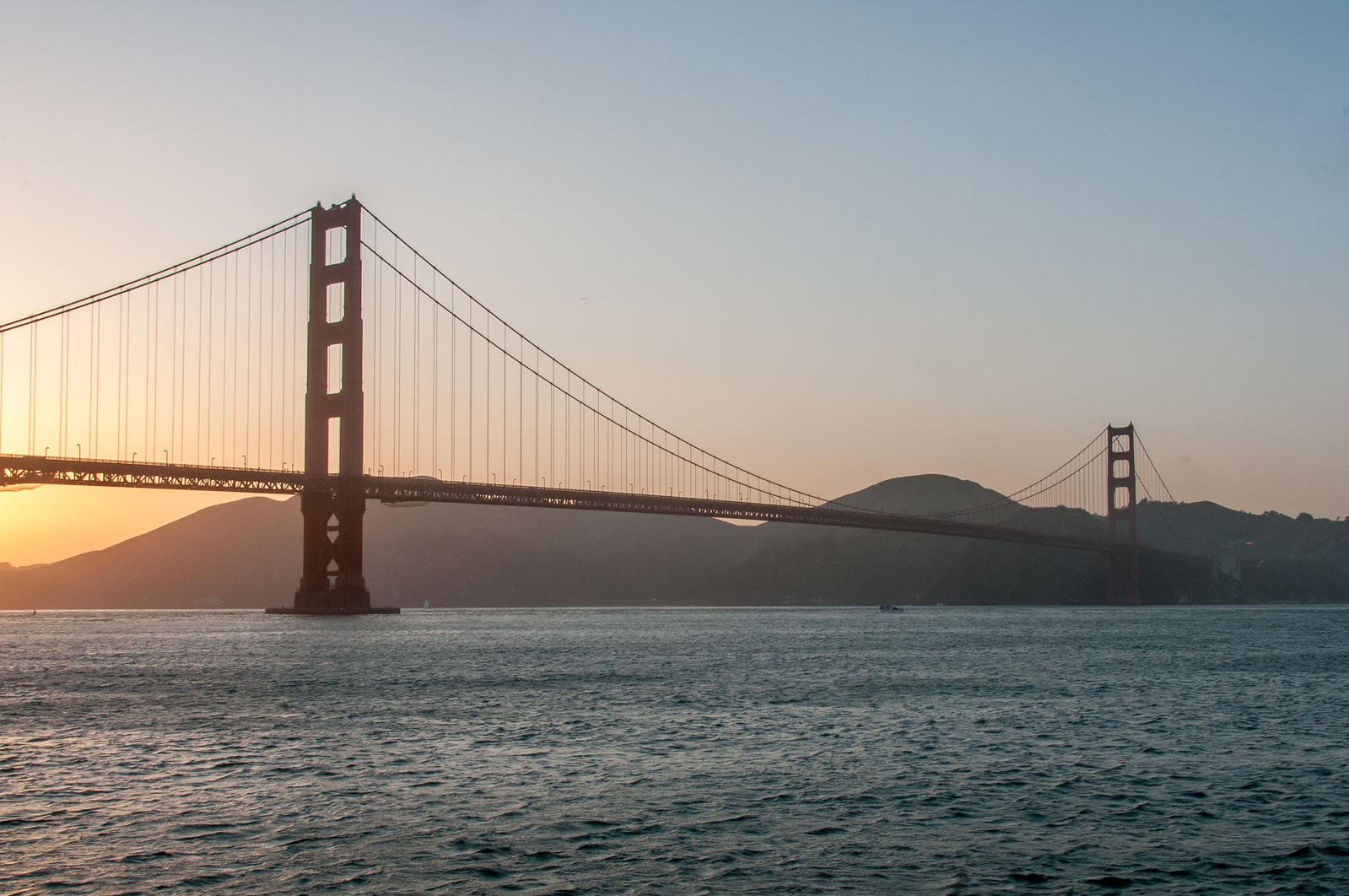 The United States of America is one of the world’s largest nations in terms of land area and population. With a population of over 315 million, it is the third most populated country in the world. The country is divided into 50 states wherein each state has its own set of laws and policies. Rhode Island is the smallest of all 50 states while Alaska is the largest state.

The country has the world’s largest economy and the most diverse population. Therefore, the United States of America has a strong influence on international economic and political affairs. The USA declared its independence from Great Britain on July 4, 1776. The seat of the country is located in Washington, DC.

The US also is one of the most diverse countries in terms of both its population and its landscape. Its population represents people from every nation on Earth, and it is also the home of the United Nations. Geographically, it has everything from tundra to tropical rainforests and everything in between.

History of the United States

The history of the United States is fascinating. The country is characterized by its diversity and this is partly due to the long-standing history and all the events that transpired over the years to form the landscape of the US.

Native Americans had settled in the US for thousands of years prior to the arrival of European explorers. In 1607, English people came to what is known in the modern-day as Jamestown, Virginia. A few other people from other parts of Europe also flocked to the colonies and they were mostly from England, Great Britain, Spain, France, and The Netherlands.

The United States declared independence on July 4, 1776. The win at the Revolutionary War also meant that the new country was established. George Washington was named as the first US President after he led during the war. However, the country continued its struggle over the years with slavery as one of its biggest issues. By the 20th century, the US experienced two world wars but they emerged from both those wars and is now considered as a world power – as one of the most powerful countries in the world.

Connectivity: The closest you can come to nationwide wifi would be an account through Boingo, which offers a log in which is used on many networks, and many airports throughout the country. You can find free wifi hotspots at many restaurants and cafes all over the country. You can probably find more free wifi in the US than you can anywhere else on earth.

Getting a sim card in the US is a bit more challenging than it is in other countries because most mobile providers tend to want a contract or a longer commitment. That being said, many major airports in the US do have vending machines with sim cards which can work for a few weeks. If you are planning a longer visit, it might be worth stopping in a T-Mobile store to get a sim card that can work for a month or more. They offer a tourist package where you can get 3 weeks for $30.

International Airports: There are 5,136 public airports in the United States, which is the most of any country. Many of these airports, especially those servicing major cities, are international airports. Most visitors when arriving from outside North American will be flying into a handful of the busiest airports in the country. They are:

Automotive Transportation Car travel is by far the most popular form of transportation in the United States. The United States has more miles of road, more cars, and more cars per capita than any other country. The Interstate Highway system connects most major cities and stretches across the entire country. Many state and local highways are often of a similar quality to the Interstate system. Only in a few major US cities is it not advised to drive. In particular in Manhattan and San Francisco, parking and operating a car can be very expensive. Other cities such as Los Angeles are known for their dense traffic.

Visitors to the US should take note of the large distances between places. Going between major cities like New York and Chicago require days of driving and one or more overnight stays along the route.

Most rental cars in the United States have an automatic transmission, although manual transmission cars are usually available at most car rental outlets.

Rail Transportation Rail transportation in the United States is not nearly as developed as it is for other countries. This is primarily due to the low population density of the country. There are routes, however, usually shorter and between densely populated areas, where rail travel does make sense. This includes the Northeastern Corridor of Boston, Providence, New York City, Philadelphia, Baltimore and Washington, D.C. You can also find reasonable train routes between other cities such as Chicago and Milwaukee.

Trailing across the country by train in the US is considered to be more like a cruise line and less a mode of transportation. The time it takes is usually slower than driving, and the cost is more expensive than flying. Most people who do this, do it for the experience, not because it is an efficient mode of transportation.

Citizens of Canada may enter the United States without a visa for up to 6 months.

Crime: Since the early 1990s, there has been a significant decline in crime rate in the USA. Several high profile incidents have created the impression that the United States is a dangerous country to visit. Crime rates in the US vary dramatically by state and even within cities. The cities in the US with the highest crime rates are:

It should be noted that even in the above cities, most commercial and tourist areas are quite safe and that most crime is located in residential areas.

Cuisine in the US

The United States of America is a melting pot of various cultures. And since food is a huge part of the culture, you can also expect that there will be a variety of cuisines that you can enjoy when you travel to the United States. The cuisine of the US also reflects its history. The cooking methods of Early Native Americans were influenced by the European invaders. Thus, the fusion is of the prevailing characteristics of the American cuisine that takes influences from international, as well as regional elements.

Within the US, there are also different types of regional cuisine that can be attributed to that particular region. In New England states like Maine, Massachusetts, New Hampshire, and Rhode Island, they use a lot of seafood in their dishes like the famous clam chowder.

The Mid-Atlantic region is all about international cuisine due to the influx of immigrants to cities like New York or Philadelphia. The cuisines available in these cities include British, Italian, German, Dutch, Irish, and Jewish. Other notable dishes from this part of the US are the New York strip steak, Philadelphia cheesesteak, crab cake, New York-style cheesecake, and New York-style pizza.

A few other notable dishes from the US include shrimp gumbo, Creole dishes from Louisiana, chili con carne, nachos with cheese, chimichanga, Chicago deep-dish pizza, and more.

Regions of the United States

With 50 states in total, travel to the United States can easily take months if you want to fully experience the sights and attractions it has to offer. It is therefore important to know about the top destinations that the country has to offer if you want to be able to maximize your visit.

This region of the United States is best known for its rugged and eco-friendly atmosphere. As the name implies, this region is also located close to the Pacific Ocean, which provides endless opportunities for recreation for tourists who visit the area. It is often referred to as the wet green pocket of America. Hence, the locals have a passion for farm-to-table produce, microbreweries, national parks, and organic wineries. This region is progressive and yet it offers an easy-going lifestyle.

Travel to the United States won’t be complete without a trip to the American Southwest region. It is probably the most popular region in the US to visit for domestic and international tourists alike. This region is characterized by its wide-stretching prairies and desert lands. Hence, visitors can immerse in the impressive landscapes and rock formations that took millions of years to form. The spectacular sights in the Southwest region of the US are concentrated within the states of Arizona, Colorado, New Mexico, California, and Utah.

The American Midwest is one of the major regions in the US and is recommended for anyone who wants to travel to the United States. It encompasses 12 states in total including Ohio, Illinois, Indiana, Iowa, Kansas, Minnesota, Michigan, Missouri, South Dakota, North Dakota, Nebraska, and Wisconsin. It represents the Interior Plain of the US and also some parts of the Appalachian Mountain range. The major rivers in the US are also part of this region namely the Ohio River, Mississippi River, and Missouri River.

The Northeast region of the United States has a chock full of sights and attractions to explore. You will get to explore small maritime villages, adventure travel, skyscrapers, nature hikes, monuments, cultural explorations, and New York City!

The Southern region of the United States is another tourist favorite. There are plenty of sights to see and explore in the South since there is plenty of culture and history. There is also a lot of diversity in terms of landscape, music and food. If you want to explore these when you travel to the United States, there are several sights and attractions that you cannot afford to miss. Get to discover the history and culture of the South when you explore these areas.

Want to learn more about the US? Here are a few facts that you might not know about:

Top Attractions in the US

Other popular tourist attractions in the US are:

Books about US Travel

Online Resources for the United States