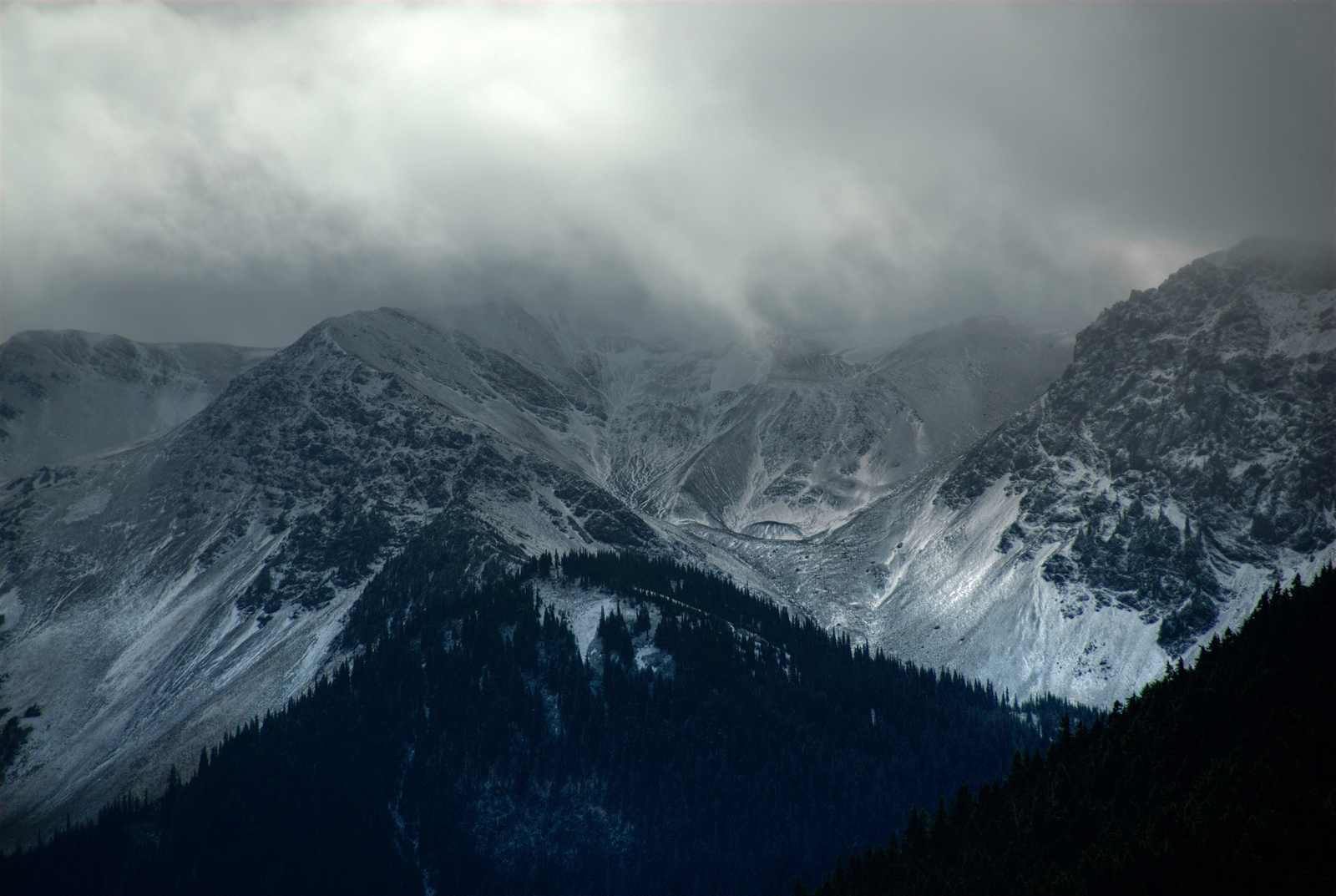 From the World Heritage inscription for Olympic National Park:

Located in the northwest of Washington State, Olympic National Park is renowned for the diversity of its ecosystems. Glacier-clad peaks interspersed with extensive alpine meadows are surrounded by an extensive old growth forest, among which is the best example of intact and protected temperate rainforest in the Pacific Northwest. Eleven major river systems drain the Olympic mountains, offering some of the best habitats for anadromous fish species in the country. The park also includes 100 km of wilderness coastline, the longest undeveloped coast in the contiguous United States, and is rich in native and endemic animal and plant species, including critical populations of the endangered northern spotted owl, marbled murrelet and bull trout.

I think this is one of the more underrated National Parks in the US. It is a rainforest, albeit not the tropical kind people usually think of. The mosses and the pine trees create a surreal effect when you are walking through them. It is also the location of Forks, WA which as we all know is the home of sexy vampires.

The Olympic National Park is a natural UNESCO World Heritage Site and a US national park in the state of Washington. The park was established in 1938 but was designated by UNESCO in 1981. As of 2016, an average of 3.3 million tourists visits the park each year. The park is currently managed and administered by the US National Park Service.

The Olympic National Park is one of the most biological and ecologically diverse parks in the United States. It is divided into four basic regions, each recognized for its unique ecosystem: the Pacific coastline, dry forests on the east side, wet temperate rainforests on the west, and the alpine areas. Aside from these four regions, there are three distinctive ecosystems comprised within the park.

Aside from being a natural UNESCO World Heritage Site, Olympic National Park is also recognized by UNESCO as an International Biosphere Reserve. It was US President Franklin Roosevelt who officially designated the park in 1938.

The establishment of the park aims to preserve the natural and geologic history in this part of the Washington state. The important components of the park are discussed in more detail below:

Coastline: The Pacific Coastline comprises a large portion of the Olympic National Park. The coast is characterized by its rugged and sandy beach that is located close to a forest. The coastline measures 97 kilometers long and a few miles wide. There are also unbroken stretches of wilderness along the beach that measure around 16 to 32 kilometers each in length. The coastal strip of the park is easier to access as compared to the interior of the park, which consists of a more rugged terrain.

Glaciated Mountains: The main feature of the Olympic National Park is the Olympic Mountains, to which the park is named after. Hence, no photo of the park is missing the famous mountain range. The most distinctive shot of the mountains is those that are covered by massive, ancient glaciers. The amount of snow that Mount Olympus receives is quite heavy; in fact, it receives the highest glaciation more than any non-volcanic peak.

Temperate Rainforest: The temperate rainforest ecosystem dominated the western side of the park. To be specific, it is home to the Quinault and Hoh rainforests. With an average precipitation of 150 inches, it is the wettest region in Continental United States. The coniferous trees and mosses are a common sight within the rainforests of the Olympic National Park.

To get to Olympic National Park, you must travel via US 101. This will take you through three sides of the Olympic Peninsula. The main visitor center and entrance to the park is through the city of Port Angeles.

Below is a list of the top attractions you cannot afford to miss when in the park:

Lake Crescent: This deep lake is located within the Olympic National Park. It is one of the most frequented areas in the park for those who are into camping, hiking, and kayaking.

Sol Duc River: This is a major river system in the state of Washington that is part of the park. It is about 78 miles in length and spans three cities: Forks, Beaver, and Sappho.

Ruby Beach: This is the northernmost beach on the park’s coastal section. You can access it via Highway 101 in Jefferson County. The beach got its name from the ruby-like crystals that are sprinkled along the beach sand.

Before you make a trip to the Olympic National Park, here are a few guidelines that you need to know about: