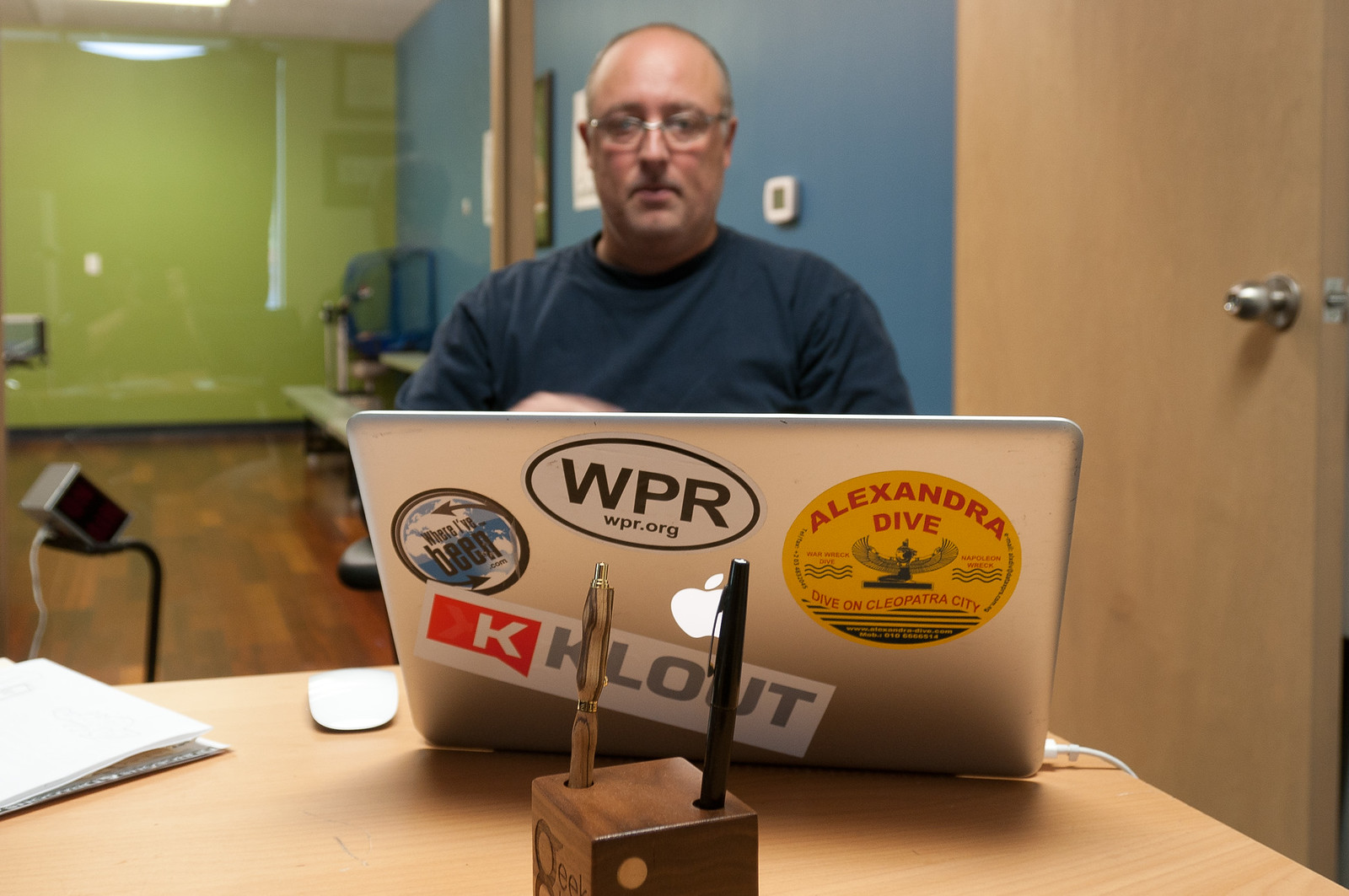 My name is Gary Arndt.

In March 2007 I sold my house and have been traveling around the world ever since. Since I started traveling, I have probably done and seen more than I have in the rest of my life combined.

Below is a summary to give you a better idea of who I am and to learn more about my website.

I wasn’t always a world traveler. Other than occasional summer vacations, my family didn’t travel very much. I grew up in Wisconsin and never saw salt water until I was 21 years old. In 1998 I sold my business to a multinational corporation and they sent me on a whirlwind 3-week tour of their offices in January 1999. I visited Japan, Taiwan, Singapore, France, Germany, Belgium, and the UK.

That trip stuck with me for years. I made a few other international trips after that to the Bahamas, Iceland, and Argentina, but never really made a commitment to travel.

In 2004 I decided to go back to school and study geology. After seeing the hell that Ph.D. students were going through, the idea of going to graduate school became very unappealing. I enjoy learning but didn’t enjoy doing research so much.

I decided to travel around the world.

I lived on the road, traveling non-stop for 9 years. In 2016 I finally “settled down” and got an apartment so I had a base I could return to between trips.

Up until the pandemic, I was still traveling for about 3-5 months and visiting upwards of 20 different countries each year.

Random Facts About Me

Here is a brief synopsis of my travels to give you an idea of what I’ve done over the last 13 years. Suffice to say, I’ve done a lot of traveling.

When I went on my first around the world trip I created a small website for the people in my office to follow my trip. The word “blog” wasn’t around at the time, but I suppose it was a travel blog of sorts. I posted photos and updates, usually over dial-up connections that were available in 1999.

Given my background in technology and the internet, when I started traveling in 2007 having a website was just a given.

About 9 months into my trip I was in Hong Kong and I began thinking seriously about what I was doing online. Not many people were reading my site. I probably knew the names of most of my readers because they were friends and family. I decided to rethink how I was doing things and began to take the site more seriously.

Fast forward several years and the blog has done alright.

“In the travel blogging world Gary Arndt is one of the big fish.”

“Gary Arndt(‘s) blog, Everything Everywhere, is routinely cited as a model for success…”

99% of the photos on this website were taken by me or are of me. The photos which I did not take were either on the small number of guest posts I’ve had or were of things I didn’t have a camera around for but wanted to show (a whale shark is a good example) or I was in a place where I couldn’t take photos (like Broadway play).

I knew nothing about photography when I started traveling. I purchased a Nikon D200 and just started taking bad photos. Slowly I began to piece together why some photos were good and some were bad. I also followed photography blogs and began doing things like shooting aperture priority mode and saving files in RAW.

In 2016 I moved from Nikon to Sony, a move that I do not regret in the slightest.

I’ve come a long way in my photography from knowing nothing at the start:

You can download a free ebook of my 100 favorite travel photos which looks especially good on the iPad.

Q: What is your favorite place?

A: I have no answer to this question. There is no one best place in the world. I’m not even sure the question makes sense. I wrote my full thoughts on this question here.

Q: Why haven’t you visited China/Iran/Peru/etc. yet?
A: The world is an incredibly big place and there are some places I just haven’t visited yet.

Q: Have you ever been in danger?
A: Not really. There was one time in Cambodia where I was pretty worried for a while, but in the end, it was nothing. I haven’t been robbed, mugged or pickpocketed yet.

Q: How did you know what to pack?
A: I didn’t create a detailed list. I just sort of kept track of stuff in my head. I have a camera bag with electronics and a suitcase with everything else. The longer I travel, the less I worry about my gear. Now I probably couldn’t even make a list of my gear off the top of my head. I throw stuff in a bag and if I need something I buy it wherever I am.

Q: How do you pay for this?
A: For the first 3.5-4 years I paid for almost everything myself. The money came from saving I had from selling my house and my business. As the website has become more popular I have more opportunities for trips sponsored by tourism boards from different countries. I also have an income that is generated by my website.

Q: Where do you stay?
A: Low budget hostels or backpacker hotels. I usually don’t stay in dorms but get single rooms. That is my one luxury and what raises my costs a bit over what most people might spend. It isn’t a huge expense, however. If I am on a sponsored trip, they often put me in luxury hotels. I have had many times where I stay in a youth hostel one night and a five-star hotel next. It is very weird.

Q: How long will you keep traveling?
A: I don’t intend to ever stop traveling. I’m sure I’ll slow down and the way I travel may change, but I don’t know why I’d ever want to cease traveling entirely.

Q: Do you get lonely?
A: Sometimes, but talking to people you meet on the road and having the internet available (which has been everywhere so far) makes it easier. I hope to have some of my friends join me for stretches later on in the trip. I also read a lot. The iPad and the Kindle store has been a godsend.

Q: How many languages do you know?
A: Just one: English. Honestly, knowing another language might help me in some places, but the majority of the places I’ll be it won’t help much because there are so many languages. If you have to know one language while traveling, English is it. I try to know certain phrases so I can get by. People seem to like it if you at least try. I am making an effort to improve my Spanish and I know several handy phrases in German and French also.

Q: What did you do with all your stuff?
A: Some is still in storage. The rest I unpacked when I got an apartment in 2016.