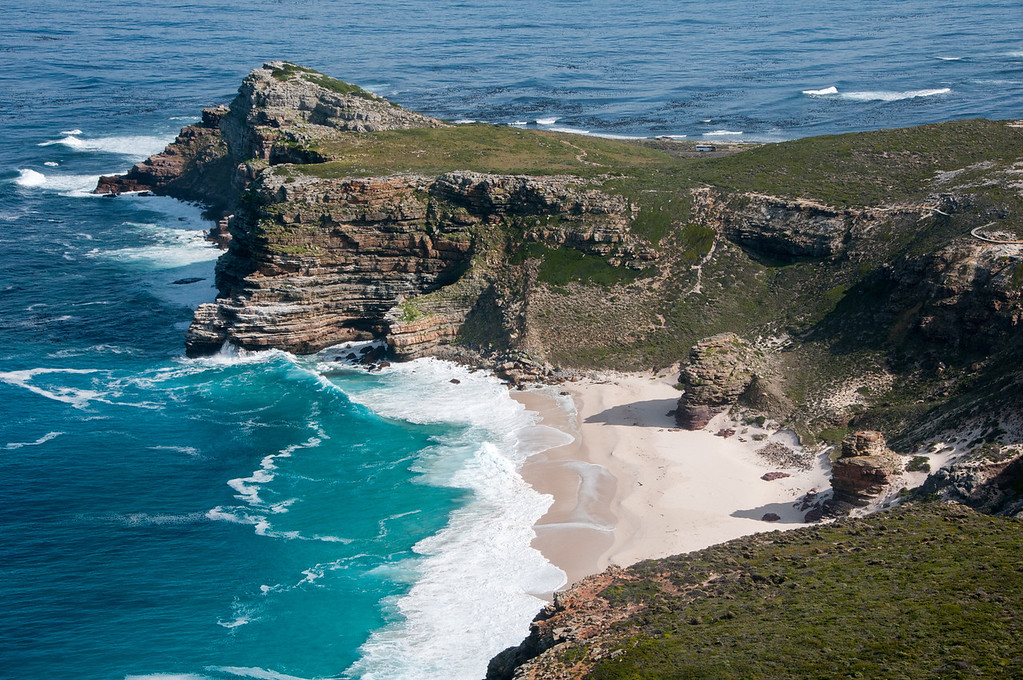 South Africa is a country that’s hard to forget once you’ve visited. It’s a place of breathtaking beauty: miles of coastline, glittering sand dunes, towering mountains, and rich biodiversity make it a draw for tourists from all over the world. The political and cultural history adds additional nuance, making a destination that’s immensely explorable.

Although this is not my first trip to South Africa, now that I’m headed back to this astoundingly diverse and culturally unique destination, it’s the right time for the next installment of 8 Facts You Might Not Have Known: South Africa facts edition.

2. South Africa is by far the largest producer of strategic minerals.

South Africa produces a staggering 90% of the world’s platinum, 80% of manganese, 73% of the chrome, 45% of the vanadium, and 41% of the gold. As you would expect, mining is big business here and mining generates a staggering 18% of South Africa’s $588 billion USD GDP.

3. The two biggest man made holes in the world were excavated in South Africa.

The Big Hole in Kimberly and the Jagersfontein Mine are both gigantic, open pit diamond mines. Both mines were designed to extract diamonds from underground Kimberlite Pipes which come from the mantle of the Earth. Like mineral mining, diamonds are big business! Although diamonds can be found in about 35 countries around the world, South Africa ranks #7 among the top diamond producers, responsible for about 8.4 million carats worth of diamonds every year. This is a great book if you’re keen on learning more about the country’s conflicted history around diamonds.

Bonus Fact: Botswana actually produces the most valuable diamonds in the world. Although it produces fewer diamonds than Russia—20.9 million in Botswana versus 40 million from Russia—the diamonds in Botswana are generally larger and of higher quality.

4. South Africa has many of the world’s most interesting animal extremes.

Located on the southern tip of the African continent, South Africa is home to the world’s:

Located in the truly beautiful Drakensberg Mountains, Tugela Falls checks in at 948 meters—a mere 31 meters less than Angel Falls in Venezuela (and some contend that both waterfalls have been mis-measured, and that Tulega tops Angel Falls).

6. The best example of a living fossil was found in South Africa in 1938.

The Coelacanth fish was thought to be extinct since the Devonian period and is considered the linked between fish and tetrapods. These are the only fossils in South Africa though—the Fossil Hominid Sites of South Africa are one of the country’s nine UNESCO World Heritage Sites and were the site of a 2.3-million-year-old fossil excavated from the Sterkfontein Caves.

7. The largest defeat of an army with gunpowder to an army without guns occurred in South Africa.

You’d be forgiven for being surprised, as most people only think of two languages in relation to the country. But, in fact, the country has a diverse language pool, and most South Africans natively speak more than one language (the average South African speaks 2.84 languages). The full list looks like this:

At least 98% of the country speaks one of these languages, but there are other dialects and lingos present across the country (at least 35!). Zulu and Xhosa are the most commonly used, followed by Afrikaans and English.

If you’re traveling to South Africa, then you’ll likely want to pick up a Lonely Planet South Africa guidebook for the best advice on where to go, what to see, and where to stay. Also view our South Africa photo essay for a glimpse of what to expect from a trip there—adventures such as hot air balloon rides, swimming with great whites, and so much more.

And if you’re keen to learn more fascinating facts about South Africa’s rich history, culture, and landscape, here are our favorite reads.