The Republic of South Africa is a country located within the coastline of Southern Africa. Its natural beauty and well preserved game reserves are one of many reasons why tourists travel to South Africa. It also borders the South Atlantic and Indian oceans. Meanwhile, it neighbors other African countries including Botswana, Namibia, Zimbabwe, Swaziland and Mozambique. There is approximately 53 million people in South Africa, which ranks 24th in the world.

The multi-ethnic society of South Africa is reflected in its language, cuisine, culture and religion. In fact, the country has 11 officially recognized languages! Almost 80 percent of the population is of African ancestry while the remaining 20 percent is divided into Asians, Europeans and multiracial ancestries. The diversity in the culture and ancestry you see when you travel to South Africa also explains its nickname the “Rainbow Nation”.

The World Bank ranks South Africa as an upper-middle income economy. The reason for it is the newly industrialized economy that has resulted to more job opportunities and investments in the country. In Africa, South Africa has the 7th highest per capita income. Despite of that, poverty and issues of inequality remain a significant issue in the country. 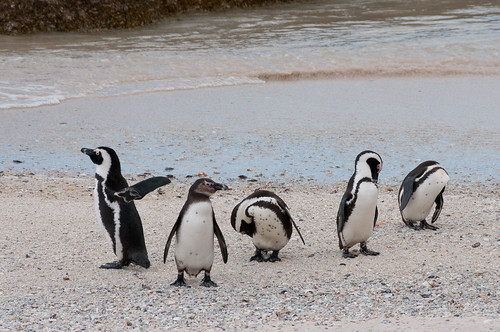 Wi-Fi Availability: Wi-Fi is highly accessible in South Africa as there are plenty of options to connect from Wi-Fi, 3G, and broadband. However, Wi-Fi might be abundant only in major cities in South Africa.

Airport/s: The Johannesburg Airport or OR Tambo International Airport is the main international airport in South Africa.

Driving: You will be driving on the left side of the road in South Africa.

International Driver’s License Accepted? A foreign driver’s license can be used in South Africa provided that it is in English or has an English translation attached to it.

Crime: Crime is a significant issue in South Africa. There is a high rate of murder, assault, rape and other serious crimes in the country. You need to exercise caution when you travel to South Africa, especially alone.

Electrical Adapters: The electrical sockets used in South Africa are powered by 230 volts and 50 Hertz. Meanwhile, they use the following plug types: C, F, M, and N.

The rainbow cuisine is the phrase used to refer to or describe South African cuisine due to the multi-cultural sources that has influenced it. There are two classifications of dishes under the country’s culinary tradition: those derived from indigenous people of South Africa and those that came about after several waves of colonization. 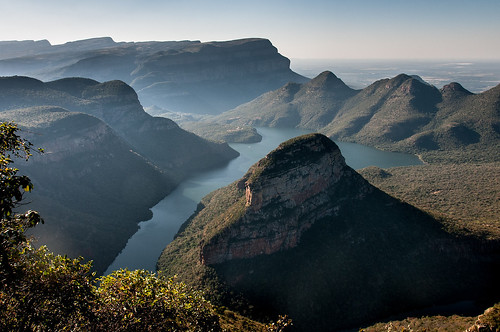 Below is a list of some of the most notable dishes from the South African cuisine:

Bobotie: This dish originated from Cape Malay and is cooked using meat that is spiced, minced then baked. It also comes with an egg-based topping. This is the closest thing that South Africa can get to a national dish because it is only cooked and eaten in South Africa.

Chakalaka: This is a vegetable relish that is mixed with various spices.
Koeksisters: This sweet delicacy in South Africa is a twisted pastry that is deep fried and cooked with heavy sweeteners. There is also another version cooked in Cape Flats, which is sweet and spicy.
Samosa: This is a type of Indian pastry that is stuffed with savory fillings.
Tomato Bredie: This is a lamb and tomato stew.

Kruger National Park – The Kruger National Park in South Africa is one of the largest natural game reserves in the continent. The park itself is part of the Kruger to Canyons Biosphere, which is a UNESCO World Heritage Site. Kruger is a population destination for wildlife safaris.

Table Mountain – This mountain and one of the top natural attractions is a flat-topped mountain that overlooks the city of Cape Town. The landmark is featured in the city’s flag.

Robben Island – This is a UNESCO World Heritage Site and is located within the Table Bay. The island itself is flat and only a few meters above sea level. It is also a national heritage site in South Africa.

Cradle of Humankind – This is another UNESCO World Heritage Site in South Africa. It was listed by UNESCO way back in 1999. This over 131,000-acre site features caves and deposits of primate fossils and wildlife.

Boulders Beach – This sheltered beach is one of the most popular tourist attractions in South Africa. It features several inlets and granite boulders, which is why it was named as such. The beach is located within the Cape Peninsula.

Where I’ve Been to in South Africa