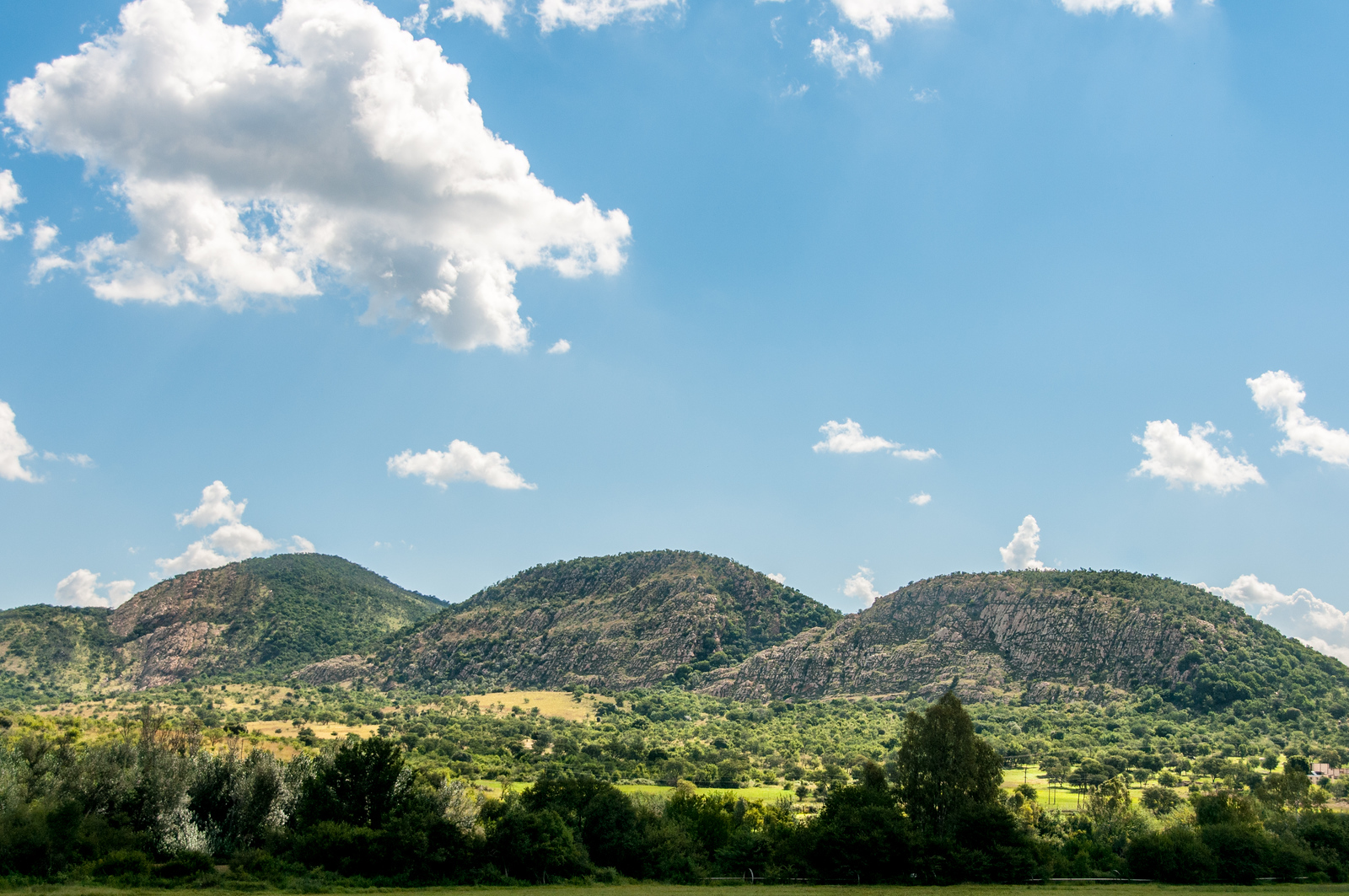 Vredefort Dome, approximately 120 km south-west of Johannesburg, is a representative part of a larger meteorite impact structure (astrobleme). Dating back 2,023 million years, it is the oldest astrobleme found on Earth so far. With a radius of 190 km, it is also the largest and the most deeply eroded. Vredefort Dome bears witness to the world’s greatest known single energy release event, which caused devastating global change, including, according to some scientists, major evolutionary changes. It provides critical evidence of the Earth’s geological history and is crucial to our understanding of the evolution of the planet. Despite this, geological activity on the Earth’s surface has led to the disappearance of evidence from most impact sites and Vredefort is the only example to provide a full geological profile of an astrobleme below the crater floor, allowing research into the genesis and development of an astrobleme immediately post-impact.

The site contains high quality and accessible geological (outcrop) sites that demonstrate a range of geological evidences of a complex meteorite impact structure. The rural and natural landscapes of the serial property help to portray the magnitude of the ring structures resulting from the impact.

This is one of the oddest world heritage site visits I’ve ever had.

For natural sites such as these, there is normally a national park or something which is associated with the site. Visiting the site usually means visiting the park. It is so straightforward that I usually never even have to think about it.

The Vredefort Dome was a totally different experience.

The dome is very interesting from a geological standpoint. It is a very unique place and offers geologists a glimpse at something which they can’t see anywhere else in the world. If you look at the area from a satellite image, you can clearly see the crescent of hills which make up the crater. (Click to see how it looks from space)

From a visitor standpoint, the dome leaves something to be desired.

For starters, the visitors center is closed. It looks abandoned actually. From the comments I’ve read on Trip Advisor, it seems to have been closed for over a year and it was closed due to safety standards.

Then, I found out that there is no park. In fact, all of the land is privately owned. This left me scratching my head as to what it actually was I was visiting. It was basically some hills in a large, grassy region.

Eventually, I found a road where you can drive through the hills, which is the best way to experience the site beyond taking a private tour.

To do the drive, head to the town of Parys and take the R500 out of town. Turn left on the R53 until you see a brown road sign on the left side of the road with the World Heritage logo. This is a gravel road that will loop around and back into Parys. You should roughly be following the Vaal River along most of the road.

A GPS enabled map will be a huge help when taking this drive. DO NOT put “Vredefort Dome” into Google Maps as it will take you to the middle of a farm field.

Hopefully, the visitor center will reopen at some point in the future.

The Vredefort Dome is located approximately 2 hours south of Johannesburg by car.

The Vredefort Dome is a natural UNESCO World Heritage Site in South Africa. It was inscribed in 2005 and is known as the largest verified impact crater on Earth. In fact, the crater is about 300 kilometers across in size when it was formed. The current site is what remains of that crater. It is located in Free State, South Africa.

The crater and the dome that formed thereafter were named after the town of Vredefort. This town is located near the center of the crater. Over several years, the crater has suffered from erosion but the remaining geological structure is known as Vredefort Dome.

Aside from being the largest meteorite impact site, it is also the oldest of this type of site in the world. The site was believed to have been formed 2000 million years ago after a meteorite hit the Earth and came into contact with the town of Vredefort. Due to the impact, this has resulted in the crater forming at the surface of the earth. Over the years, the natural transformation of the land had altered the site’s landscape. In fact, large dome shape structures had formed creating valleys in between them. This has resulted in what is now recognized by UNESCO as the Vredefort Dome.

Among the hills that are known as the Vredefort Dome, there are also granitic gneiss rocks that was found on the site. Due to the force of the impact, it had caused fractures onto the rocks at the site.

Since the Vredefort Dome was named a UNESCO World Heritage Site, it has been under serious property development in an effort to preserve what is left of the site (especially since natural factors had altered its landscape). The center portion f the Vredefort Dome is part of four different towns in the Free State province of South Africa: Parys, Koppies, Venterskroon, and Vredefort. Of these four towns, Parys is known as the tourist hub and is also the largest town of the four. Meanwhile, Vredefort and Koppies are known for their agricultural activity.

If you were to visit the Vredefort Dome, you will have plenty of activities to enjoy or do while in the area. You can try mountain biking, river rafting, river tubing, horse riding, hiking/walking, and abseiling. There are various paved trails near the Vredefort Dome that you can explore if you want to see what else you can find around the UNESCO site.