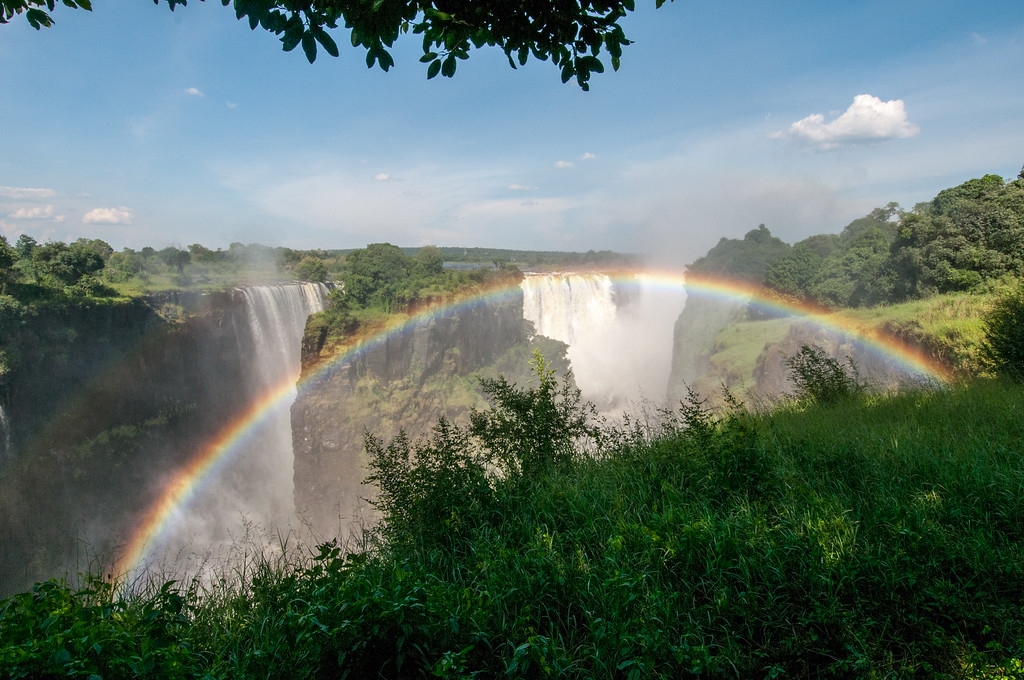 Zimbabwe is a landlocked country in South Africa. It shares borders with several countries including South Africa, Botswana, Zambia, and Mozambique. The capital city of Zimbabwe is Harare. This travel guide will show you how to make the most of your travel to Zimbabwe with tips on where to go and what activities to do.

The population of Zimbabwe is approximately 13 million and it is one of the most diverse populations in the world. In fact, there are 16 officially recognized languages in Zimbabwe! They follow a democratic form of government with the president being the head of state.

The majority of Zimbabwe is elevated on a central plateau. Meanwhile, 20 percent of the country is made up of a low veld that is below 900 meters. The tropical climate in Zimbabwe means that they experience the rainy season from October to March. There is also a recurring case of storms and droughts throughout the year.

In terms of economy, Zimbabwe’s strongest industries include tourism, agriculture, and mineral exports.

Official Language: There are 16 official languages in the Zimbabwe constitution. However, English, Shona, and Ndebele are the most commonly spoken languages in Zimbabwe.

Wi-Fi Availability: There are several hotels and restaurants offering free wireless internet access in Zimbabwe. Thus, you would be able to connect to the internet when visiting the country.

Airport/s: The Harare International Airport in Harare, Zimbabwe is the main international airport for travel to Zimbabwe.

Visa Required: Citizens from several countries require a visa to travel to Zimbabwe; however, the type of visa required will vary based on which category a country belongs to. Countries in Category A require no visa and can gain easy entry for travel Zimbabwe. Countries in Category B can obtain their visa upon arrival and payment of visa fees. Finally, those in Category C must obtain a visa prior to your travel to Zimbabwe. To know which category your country belongs to, visit here: http://www.victoriafalls-guide.net/zimbabwe-visa.html

Driving: In Zimbabwe, you must drive on the left side of the road.

International Driver’s License Accepted? You can use your national driver’s license to drive in Zimbabwe. However, you must be at least 22 years of age to rent a car in Zimbabwe.

Crime: The majority of the crimes in Zimbabwe are non-violent. However, there has been an increase in crimes involving the use of firearms over the past few years, particularly in the densely populated suburban areas. “Smash and grab” type of crime is also fairly common Zimbabwe wherein thieves break windows of cars and take items inside the vehicle.

Electrical Adapters: Electricity in Zimbabwe uses 220 volts at an electrical frequency of 50 Hertz.

Trivia: DID YOU KNOW that Zimbabwe has one of the highest literacy ratings in Africa? The adult literacy rate is at 90%!

Food and Drink of Zimbabwe

There are a lot of staple foods that make up and create the identity of Zimbabwe’s cuisine. Cornmeal is a staple item used in many of the traditional and local dishes in this country. One of the most popular ways to prepare cornmeal is by mixing it with water to create a porridge. They typically add butter or peanut butter to taste. This porridge dish is locally known as bota.

Food is also an important part of Zimbabwe’s tradition and culture; in fact, food is the center stage of any major festivals or celebrations like wedding and family gatherings. The locals usually kill a cow, sheep or goat wherein the meat is barbecued for the entire family to enjoy. Since Zimbabwe was once a colony of Britain, you will also see some influences from the British cuisine in the local cuisine of Zimbabwe.

Victoria Falls – This famous waterfall is part of the Mosi-oa-Tunya National Park, which is a UNESCO World Heritage Site in Zimbabwe. It is located at the border of Zambia and Zimbabwe. The falls provide an awe-inspiring view of the natural beauty within the park with a height of 108 meters at an elevation of 885 meters.

Hwange National Park – This is the largest game reserve in the country. The park is located west of Zimbabwe and is managed by the Zimbabwe Parks and Wildlife Management Authority. The park was named after a local Nhanzwa chief.

Balancing Rock – This geomorphological feature is a popular attraction in Zimbabwe. It is made from igneous rocks that are seen in various parts of the country. This is a notable feature within the Matopos National Park so do not forget to check it out while in the park.

National Heroes Acre – This is an important national monument and burial ground in Zimbabwe, specifically in the capital city of Harare. The site is measured at 57 acres and was established in 1980. The monument was created to honor the Zimbabweans who died while fighting for the country.

Where I’ve Been to in Zimbabwe