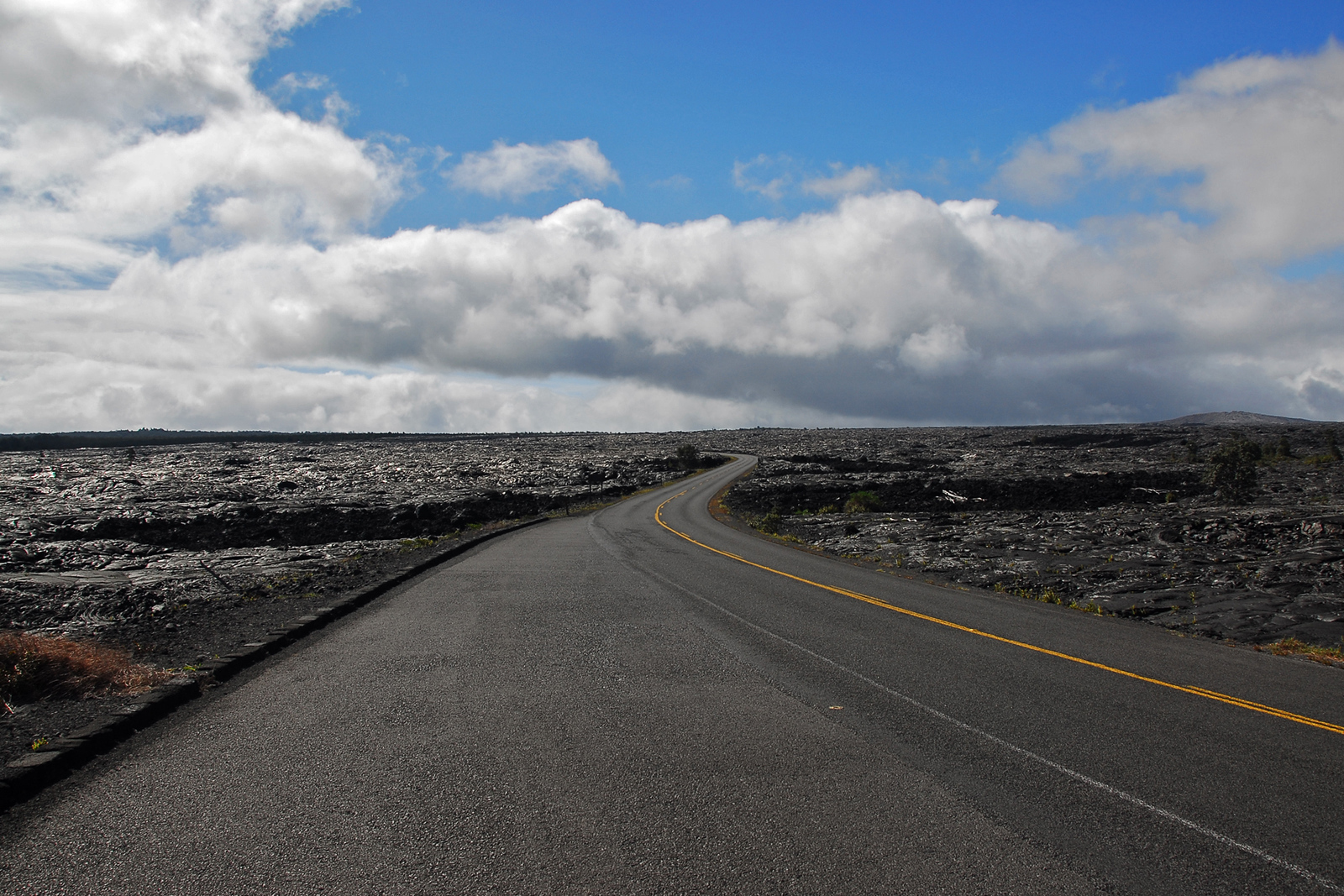 Hawaii Volcanoes National Park is one of the first national parks when I began traveling full time. I had previously been to Volcanoes in 2006 as part of a geology department trip with the University of Minnesota.

Hawaii Volcanoes National Park is one of the few places on Earth where you can see an active volcano. Despite having been there twice, however, I have yet to see flowing lava. Because conditions are always changing, what you will see when visiting Volcanoes is sort of a crapshoot. You might see nothing more than steam coming out of the ocean, or you might get to see a spectacular lava waterfall (lavafall?)

The park has a plural name because there are actually two active volcanoes in the park: Mauna Loa and Kilauea. Kilauea is currently the more active of the two, but Mauna Loa is by far the larger volcano. In terms of sheer mass, Mauna Loa is the largest volcano in the world as measured from its base, which is at the bottom of the Pacific Ocean.

Visiting Volcanoes will require a flight to the Big Island of Hawaii and then renting a car from either the cities of Hilo or Kona. Hilo is less than an hour from the gates of the park whereas Kona is several hours away on the other side of the island.

Despite having been to Hawaii Volcanoes National Park twice, this is one park that I would return to in a heartbeat. Not only is the experience different every time, but my during my last visit I was still learning how to use my camera and my photos are less than stellar.

In addition to being a national park, volcanoes were also named a UNESCO World Heritage site in 1987.

Want to visit Hawaii Volcanoes National Park? It is a 45-minute drive on Highway 11 from Kailua-Kona. There are rental cars available if you want to drive yourself to the park. It is recommended if you want to visit the park as there is no public transportation service.

The park headquarters is located in the Kilauea Visitor Center. This is also where you can get information about exploring the park. It will also serve as your first stop before going to the park. It is open from 9 AM to 5 PM daily. Within the visitor center itself, you can enjoy feature films and other exhibits.

The entrance fee to the park is $25 for private vehicles (valid for 7 days), $12 for bicycles and pedestrians, $20 for motorcycles (7 days), and $30 for the Hawai’i Tri-Park Annual Pass. You can use the annual pass for 1 full year to visit the two other national parks in Hawaii: Haleakala National Park and Pu‘uhonua o H?naunau National Historical Park.

View my complete list of North American national parks which I have visited.