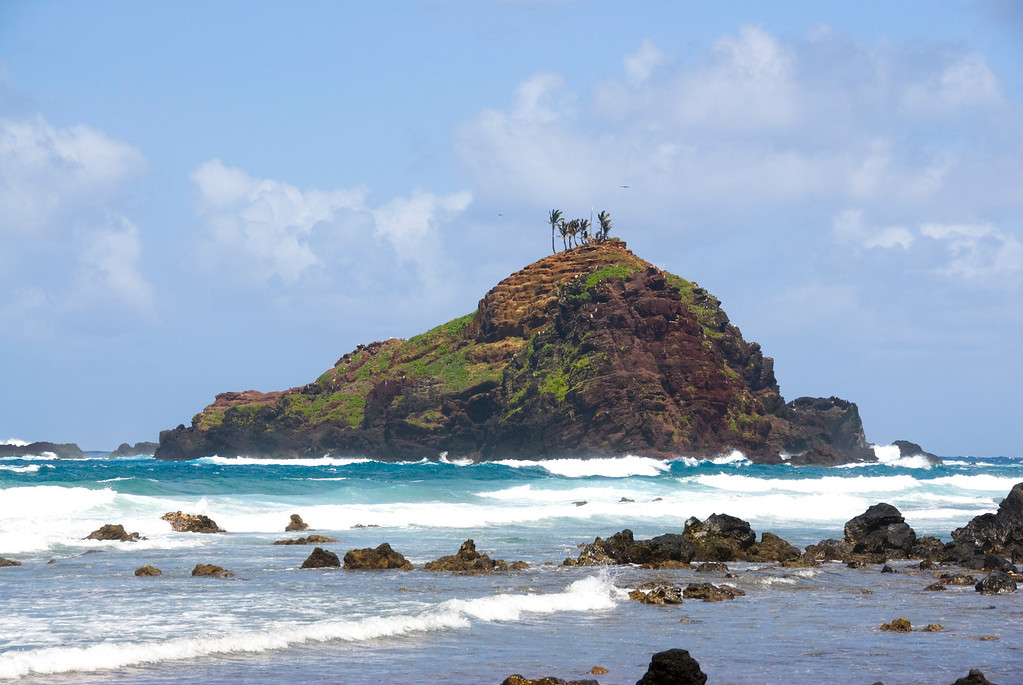 Hawaii is a U.S state that conjures up so many different images for people. It’s a vacation destination filled with luaus, leis, and beaches. It’s a fascinating set of islands with active volcanoes, unparalleled biodiversity, lush tropical rainforests, and eight national parks. During my many years of traveling the world, Hawaii a place I’ve always enjoyed visiting and learning more about the state’s history and culture. So with that, it’s time for the next installment of 8 Facts You Might Not Have Known: Hawaii Facts edition.

Sunk on December 7, 1941 during the attack on Pearl Harbor, the USS Arizona has been leaking oil for almost 70 years. The leak is obviously small but the fuel tanks were full when the ship was sunk, so no one has any idea when the leak will stop.

Bonus Fact:  Located off the island of Oahu, Hawaii, the sunken battleship lies submerged in about 40 feet of water and directly over it floats a memorial that accepts visitors year-round. If you’re keen on learning a unique take on the Pearl Harbor events, we’re keen on All the Gallant Men: An American Sailor’s Firsthand Account of Pearl Harbor.

2. Hawaii is growing in landmass size every day.

About 55,000 dump trucks worth of new Hawaii are being created every day from the Kilauea volcano on the Big Island of Hawaii. Since 1990, 540 new acres of land have been added to the Big Island. The vast majority of the new volcanic rock ends up in the ocean and falls to the seafloor. There is, in fact, a brand new island being created under the water off the coast of the Big Island, called Loihi. It will rise above the ocean surface in about 10,000 to 100,000 years.

Because of the mountains on the islands, precipitation and temperature can vary dramatically over short distances no matter you are in the Hawaiian islands. On the big island alone you can find a number of intriguing microclimates: rainforests, deserts, grasslands and even an alpine climate on top of Mauna Kea. The east side of the Big Island averages 20 inches of rain per year and Mt. Waialeale on Kauai averages 486 inches a year. The record high temperature in Hawaii (100°F, 37.8°C) is the same as the record high temperature in Alaska—but interestingly both of these states were not yet official U.S. states when they recorded their scorching hot days.

There is technically, however, a 5th county with only 147 inhabitants: Kalawao County. Kalawao is a small peninsula on the island of Molokai which is only accessible by a mule trail. It was used during the time of the Kingdom of Hawaii as a leper colony (now called Hansen’s disease). It is also the location of the Kalaupapa National Historical Park. The only elected position is sheriff. All other governmental functions are taken care of by the State of Hawaii Department of Health.

5. Hawaii is one of the largest states in the United States.

Most people only consider the eight main islands that make up Hawaii. However, approximately 130 islands make up the state of Hawaii and extend over 1,600 miles, making it one of the largest states in terms of distance from end-to-end. The northern and westernmost island is Kure Atoll, which is also the northernmost coral atoll in the world. It’s also 100 miles to the east of the International Date Line.

The only island in the Hawaiian Island chain that is not part of the State of Hawaii is Midway Island, which is a territory of the United States and is controlled by the Department of the Interior. All of the islands that are not part of the main Hawaiian islands are part of the city of Honolulu, which makes Honolulu one of the largest cities in the world in terms of distance.

6. You can find beaches with four different colors of sand.

In addition to the famous and common white sand beaches, you’ll also find beaches with black, green, and red sand.

7. The Captain Cook memorial on the Big Island is British Territory.

Captain Cook was killed 1779 in Kealakekua Bay. The land on which the obelisk which sits is owned by the government of the United Kingdom. In exchange, the British government gave the land underneath a JFK memorial in Runnymede, England to the United States.

8. The Kingdom of Hawaii lasted less than 100 years.

Final unification of the Hawaiian islands and the creation of the Kingdom of Hawaii took place in 1810 under King Kamehameha I. The last monarch was Queen Lili’uokalani, who was overthrown in a coup organized by Dole Pineapple company (more on that fascinating event here). It was the only state to have previously been a monarchy and the Iolani Palace is the only Palace in the United States.

If you’re traveling to Hawaii, then you’ll likely want to pick up the Lonely Planet Hawaii for the best advice on where to go and where to stay. But if you’re keen to learn more fascinating facts about the Hawaiian Islands’ culture, history, and landscape, there are our favorite reads.

21 thoughts on “8 Interesting Facts About Hawaii”