One reason people claim travel is to have an “authentic experience”. They envision traveling to a foreign country and living, eating and doing the things which locals do in their native culture. I have exchanged emails with people ready to set out on a long adventure who see themselves living with tribespeople in the African bush or in South East Asian villages.

Most likely, they are in for a disappointment.

The problem stems from the expectations people have before they go. The experience they are looking for is more often than not a stereotype they have of the place they are going, not reality. When I was in Samoa, I was talking to a woman from New Zealand who had been driving around the islands. She sounded disappointed and a little bit upset that Samoans had television sets. She lamented the destruction of the Samoan lifestyle and blamed it on western countries. She then went on a rant about how wonderful it was being able to live a self-sufficient life in a village. 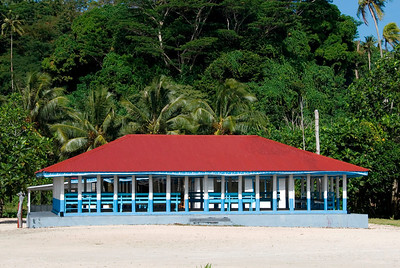 I pointed out the inconvenient fact that Samoa is not in fact self sufficient in food. No Pacific country is. The most popular foods are instant noodles and corned beef. The biggest part of the Samoan economy are remittances sent back home from Samoans living abroad. The current population of Samoa would be almost impossible to sustain by methods used in the 19th Century.

She got upset and ended the conversation.

She had an idea of what Samoa was, and more importantly, what she thought Samoa should be.

Her Samoa was closer to the Samoa of the 19th Century or the Samoa of Margaret Mead. She was denied her authentic cultural experience because Samoans (how dare they!) were watching TV and using electricity. Samoans just weren’t Samoan enough for her.

Even though she would never state it as such and would bristle at the accusation, she wanted Samoa to be a cultural zoo where she could go and look at the locals doing their cultural thing.

The problem, of course, wasn’t with Samoa, it was with the woman. She believed several fallacies which infect many travelers from western countries.

The myth of the noble savage

This was explained in great detail by Steven Plinker in his seminal book The Blank Slate: The Modern Denial of Human Nature. Their belief holds that prior to the arrival of western civilization, people everywhere lived in peace and harmony with each other and with nature. This is far from the truth. If anything, even despite the horrific wars of the 20th Century, humanity has become more peaceful over time. Early humans were very warlike and did their damnedest to harness nature, which was the biggest threat to their survival. They just didn’t have the tools to do the damage we can. Sun Tzu didn’t write the “Art of War” as a thought experiment. It was estimated that prior to the rise of civilization and agriculture, 60% of males in some regions could expect to die at the hands of another person through warfare, murder or execution. Mass burning of land was a common way to flush out animals. People in developing countries are neither innocents nor scoundrels. They are just like anyone else.

Applying Different Standards to Other Cultures 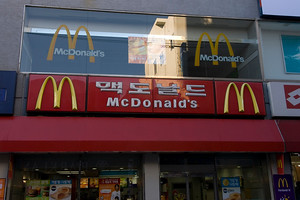 When an ethnic restaurant opens up in a western country, that’s diversity. When a western restaurant opens up in a non-western country, that’s cultural imperialism. If diversity is good for us, why isn’t it good for others? Preservation of culture is considered an asset when practiced by other countries, but a liability when practiced at home. There are more Chinese restaurants in the US than McDonald’s, Burger Kings, Wendy’s and KFCs….COMBINED. I don’t think anyone is worried about a Chinese cultural takeover of America. A few McDonald’s and Starbucks overseas is hardly an invasion. Author Rachel Laudan noted the response by one of her Mexican friends who was criticized for serving Italian food; “Why can’t we eat spaghetti, too?”

Through the power of guns, germs and steel, the first part of the world to modernize was Europe and North America. As other countries modernize, many people confuse this technological advancement with becoming more western. In the above example, Samoans have TV, but they mostly still live in traditional fales and have strong village and family ties. Japan is a fully modern country, yet it is most definitely not western. Technology isn’t culture. While there are some groups that resist technological change, the vast majority of humanity has quickly grabbed at any innovation which will make life easier. The classic modern example is cell phones, which have found their way to some of the poorest and remote places on Earth.

A static view of history

If you take a very long view of human history, it can be thought of as nothing but a flow of people, ideas, and cultures. Empires rise and fall. Religions come and go. Trade routes open and ideas and technologies are exchanged. The clothing, dances, and music of a country can really be considered fashions and fads of a particular era as much as pillars of particular cultures. The design of the Ming Dynasty in China is different than that of the Chin. When you hear the traditional music of a people, that music may only go back a few hundred years, if even that far. The arrival of Buddhism in SE Asia dates back to about the time of the Protestant Reformation in Europe. Prior to that Hinduism was dominant. When you visit a monastery in Thailand, you are not seeing something which has been there from time immemorial, you are viewing something with a definite beginning only a few hundred years ago. Expecting everyone you meet in a country to be wearing traditional dress is like expecting everyone in the United States to be wearing stovepipe hats and bonnets. Cultures and tastes change over time. 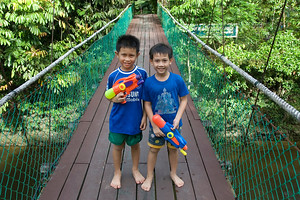 You will be hard pressed to find anyone who would explicitly say there is a “White Man’s Burden” in the 21st Century, but you can find tons of people from Jeffery Sachs to Bono who think “we” westerners can solve the problems of Africa and other poor parts of the world. There is a belief that with the correct policy, plan or organization we can solve the problems of other people. The emotional desire to do something in the face of extreme poverty is understandable, but you’d be hard pressed to find any examples in history of a people rising out of poverty on the basis of the aid from another country. Go listen to the African speakers at the TED Africa conference. They don’t want pity or for us to solve their problems. They understand they must be solved by them and can only be solved by them, on their terms in their own way. I am not saying you shouldn’t volunteer when you travel, but you should be realistic about what can be achieved and don’t look upon the people you are helping as objects of pity.

One tenet of quantum physics is that the simple act of observing an event will alter the outcome of the event. Traveling is no different. When we have a guest over at our house we tend to clean up, dress nice and be on our best behavior. One thing any true “authentic” experience would have is the lack of tourists taking part. The very act of being somewhere means that you are changing the environment and removes the possibility from having a truly authentic experience.

If you are searching for an authentic experience, then you are setting yourself up for disappointment. The world is what it is and you have to explore it on its terms, not yours.

No matter what you expect to see when you visit a new place, the reality you will find will be different. You are traveling in the 21st Century, not the 19th. Do not expect people to be caricatures or stereotypes of something you have in mind. View the people you meet as neither cultural superiors or objects of pity. Moreover, whatever you think is authentic was developed without having experienced it.

Change your expectations and you’ll find that every experience is authentic to itself.

74 thoughts on “The Futile Quest for the Authentic Experience”