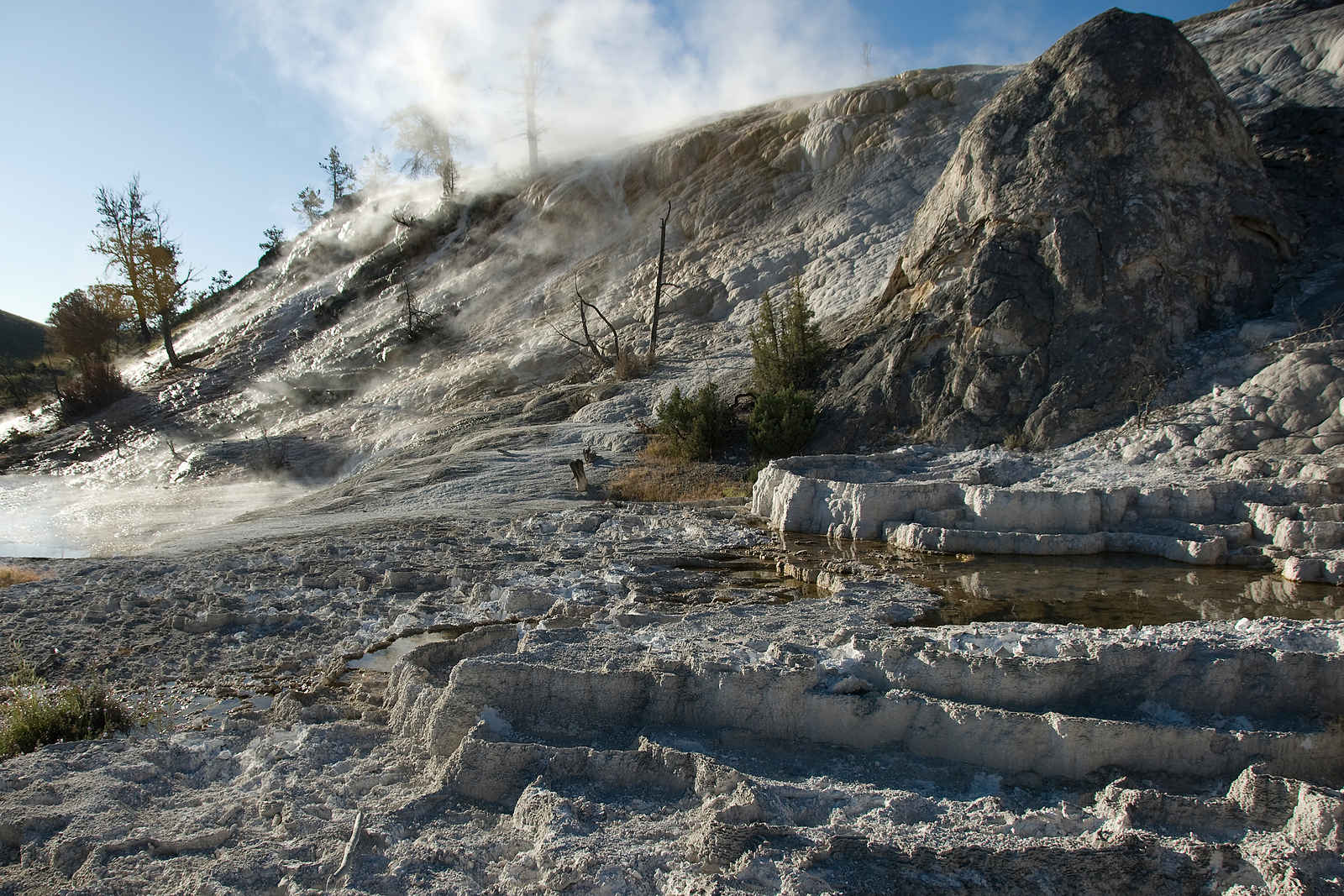 What makes Yellowstone so special is a combination of the geothermal activity which accounts for the hot springs and geysers, the landscape which creates such spectacles as the Grand Canyon of the Yellowstone, and a large amount of megafauna which inhabit the park.

Its uniqueness was recognized when it was one of the first 12 sites to be declared a UNESCO World Heritage Site in 1978.

Yellowstone is one of the most difficult to get to parks in the continental United States as there are no major cities in close proximity. The closest airport is in West Yellowstone, MT but flights to Jackson Hole, Bozeman and Boise can also get you to the park with some driving. The best option is to have your own car as the park is very large. Plan to spend at least 3 days to see the park properly.

Yellowstone is one of the few places which I would never refuse a return visit. I hope to make a future visit in the winter to photograph the park covered in ice and snow.

The Yellowstone National Park is the first, oldest and largest national park in the United States. It spans three states namely Wyoming (Park and Teton County), Montana (Gallatin and Park County) and Idaho’s Fremont County. It was inscribed as a natural UNESCO World Heritage Site in 1978. As of 2016, an average of 4.2 million tourists visits this park each year.

History of the Yellowstone National Park

For more than 11,000 years, Native Americans live on the same site that the Yellowstone National Park is located in. However, little is known about the history and the way of life of the Native Americans on the site since it was only explored in the late 1860s. Prior to that, only the mountain men were able to visit the site. In 1872, the national park was established and for the next 30 years (until 1916), the US Army was tasked to oversee the property covered by the Yellowstone National Park.

The natural features of the Yellowstone National Park are known for its rich diversity. The park measures at 2.2 million acres and is comprised of canyons, lakes, rivers and mountain ranges. The Yellowstone Lake in the park is one of the largest lakes in the continent that is located at a high elevation. Meanwhile, the lake surrounds the Yellowstone Caldera, which is the continent’s largest supervolcano.

The geothermal features of the Yellowstone National Park are its most distinctive feature. In fact, half of the world’s geothermal features are found in this park. The presence of the supervolcano within the park fuels the formation of the lava flows and rocks. The Old Faithful Geyser is a cone geyser and one of the most photographed of the geothermal features within the park. This name was assigned to this geyser in 1870 during the Washburn-Langford-Doane Expedition. This was the first geyser in the park to have been assigned a name. There have been more than 1 million eruptions recorded for the Old Faithful Geyser.

Even though the park is divided among three states (Wyoming, Montana, and Idaho), 96% of the park belongs to the state of Wyoming. The rest of this is divided by Montana (3%) and Idaho (1%).

Due to the massive size of the Yellowstone National Park, there are plenty of things to see and do within the park. The park is home to many wildlife species including threatened or endangered species. Wildlife watching is, therefore, a common activity among visitors to the park. However, the bison herd is the oldest and largest public herd of its kind in the United States.

On top of wildlife watching, there are several other recreational opportunities in Yellowstone National Park:

There are also guided tours available for tourists who want to learn more about the park’s history while they explore.

Before you visit the Yellowstone National Park, here are a few things you need to know:

View the complete list of North American National Parks I have visited.