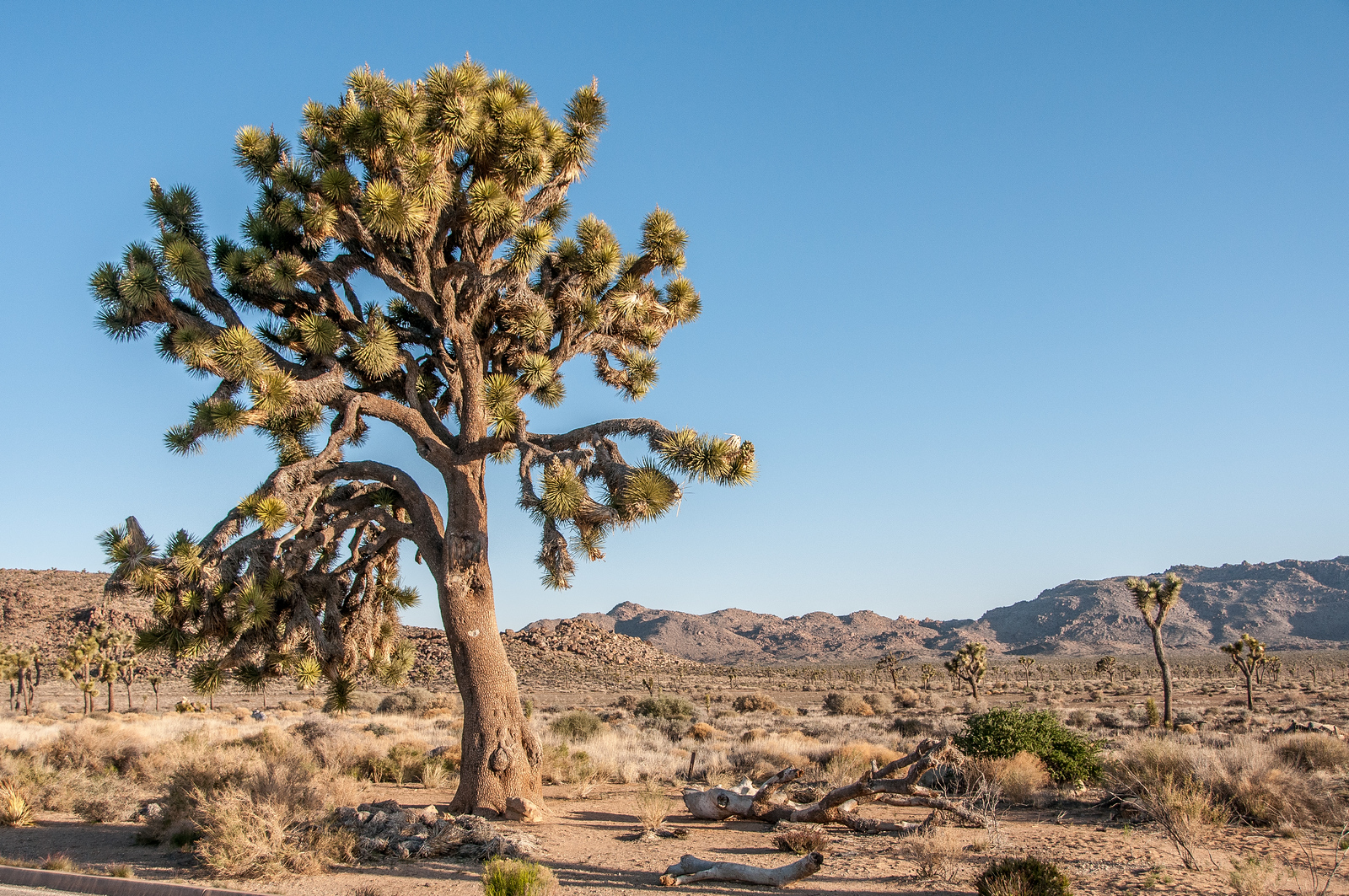 Joshua Tree National Park is located in the Mojave Desert in Southern California, centered roughly between Las Vegas, Los Angeles and San Diego. It gets its name from the Joshua Tree (Yucca brevifolia, seen above) which inhabits most of the park.

Due to its remote location in the desert, Joshua Tree isn’t a popular national park. Nonetheless, it is a strikingly beautiful park due to its stark landscape, and there are plenty of things to do.

Despite the size and remote location of the park, visiting is not difficult. It is a 2-3 hour drive from the major cities listed above. In the park, there is a limited network of roads which will let you explore the park by vehicle. There are several communities north of the park which make for excellent bases: Yucca Valley, 29 Palms, and the town of Joshua Tree.

If you are doing a tour of national parks, the two closest would be Death Valley and Channel Islands.

The Joshua Trees, to which the park is named after, is the most distinctive feature in this national park. These trees are characterized by its twisted and spiky branches. This plant belongs to the Agave family and is a monocot. It is a good indicator that you are in a Mojave desert as they only grow in this particular environment.

Joshua Tree was discovered and used by the American Indians that once inhabited the area. They were used for making sandals and baskets. Meanwhile, the seeds (when roasted) and flower buds were also included in their diet.

When exploring the Joshua Tree National Park, you will most likely encounter a wide range of wildlife species. Here are some guidelines when encountering wildlife in the park:

View the complete list of National Parks in California.