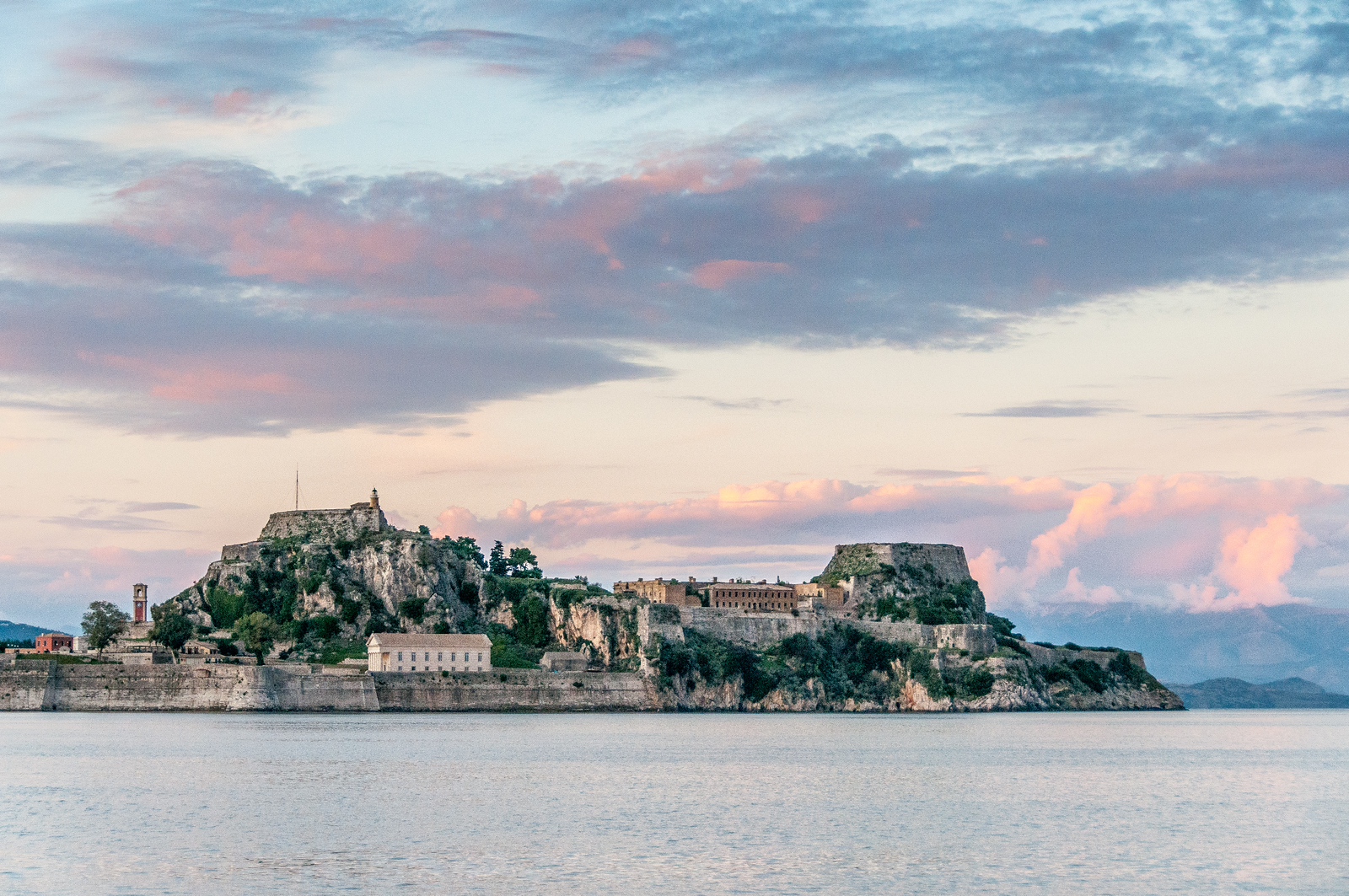 BEST PLACES TO STAY IN GREECE

Greece is one of the most popular tourist destinations in Europe—and for good reason! The country has a stunning amount of coastline given its location and the sheer number of islands—but it also has a lot of interesting culture and history. In fact, beyond Greece’s beaches, the many historical things to do are a main draw. This travel guide covers everything you should know before traveling to Greece—from its history, top things to do, best islands, where to stay, how to navigate, and so much more.

Greece, known in ancient times as Hellas, is located in southeastern Europe. More than 10.7 million people live in Greece (as of 2017), and the country is divided into nine distinct geographic regions: Macedonia, Thessaly, Epirus, Crete, Thrace, Central Greece, Peloponnese, Ionian Islands, and the Aegean Islands.

The modern Greek state came about following its independence from the Ottoman Empire during the 1830s. Today, Greece is a highly developed and democratic country and one of the founding members of the United Nations—the quality of life and economic conditions are relatively high (the financial crisis in the wake of the 2008 recession is still being felt across the country).

The geography of Greece is dominated by a mountainous, peninsular mainland and the Greek coastline—most travelers’ favorite part of the country—is the 11th longest in the world. In addition to the mainland, the Greek islands are frequented by tourists and beloved by those who live there. Meanwhile, the country’s Mediterranean climate offers wet winters and hot and dry summers.

The history of Greece is long and quite storied. It follows the development of an ancient civilization to the modern nation-state of Greece. Several key periods that are encompassed as part of Greek history: Neolithic, Helladic, Ancient Greece, Roman Greece, Byzantine Greece, Ottoman Greece, and Modern Greece.

According to historical records, the first Greek-speaking tribes settled in the Greek mainland during the Neolithic period. Meanwhile, Ancient Greece represents the period in Greek history before the Roman Empire. It was during this stage in history that the first Olympic Games were held. Greece is viewed by many as the foundational culture of the Western civilization, and Greek culture majorly influenced the Roman Empire. Its influence is evident in nearly every aspect of modern Western life: language, philosophy, architecture, art, politics, and our educational systems.

The Roman Greece period is the time when the Romans conquered Greece as its military force weakened. On the other hand, Byzantine Greece was a period of artistic revival and economic prosperity. Meanwhile, the time of the Ottoman rule in Greece saw the occurrence of two Greek migrations.

Finally, the Modern Greece era represents the period from 1821 to the present times. There was a huge social structure transformation that took place in the country during the late 19th century and travelers can see this time reflected in modern Greek cuisine and culture.

Intrigued? The Ancient Greece Captivating Guide is hands-down the best compact and engaging history and sharing the key things you might want to know before you go.

Mobile & Internet Connectivity: Many hotels, cafes, and coffee shops offer free Wi-Fi access across Greece. Many places still charge for a connection, however, and they can be quite expensive. For that reason, buying a local sim card in Greece is recommended for tourists traveling around the country since it’s quite affordable and you don’t need a mobile contract. You can choose from any of the three main mobile operators in Greece: Wind, Cosmote, and Vodafone and these are the key packages so you can stay connected during your travel within Greece.

Bonus: Your Greek SIM card will work in all other EU countries without any roaming fees.

Getting Around: Bus is the main choice of overland transportation in Greece. There are rail networks in Greece, but they are quite limited. You can take the bus towards several primary routes in Greece and to access key islands. For inter-island travel, ferries and catamarans facilitate transport.

Visa Required: Certain countries (such as those belonging to the Schengen Agreement) enjoy visa-free travel to Greece. For citizens from these countries, all they need is a valid passport for at least three months from the departure date. View the complete list of visa requirements for traveling to Greece.

Crime: Historically, the crime rate in Greece is one of the lowest in Western Europe. However, there is an increase in property and organized crimes in Greece over the past decade, and Athens has some sketchy areas.

Electrical Adapters: The electrical supply in Greece is powered by 220 volts and 50 Hertz. This is our favorite travel adapter or use a voltage converter if your country has a different electrical source type.

Trivia: An average of 16.5 million tourists that visit Greece annually—this is more than the entire population of the country. In fact, 16% of the country’s income is brought on by the tourism industry. That’s likely because it’s simply stunning, has a number of UNESCO World Heritage sites, great food, and innumerable great things to do.

Travel Insurance: You’ll be visiting some remote areas, islands, and it’s generally a good idea to secure a good travel insurance in case of medical emergencies, theft, lost luggage, and more. Our team has more than a decade of experience with World Nomads—it’s the best option for most types of trips and travelers.

Greek cuisine is one of the most popular in the Mediterranean region, and even in the entire world. The typical ingredients used for cooking Greek dishes are olive oil, wine, lemon juice, vegetables, olives, fish, poultry, and lamb.

Greeks also serve mezes, a collection of a variety of small dishes served together with wine as part of every meal. You will also notice that the Greeks like to eat their meal, especially bread, with dips.

Several notable dishes have emerged from Greek cuisine. For example, they have a variety of traditional bread even beyond the popular pita. These breads include the following: lagana, paximadi, and eliopsomo (bread with olives).

Salads are also an important part of a traditional Greek meal. A traditional Greek salad is made from tomato, cucumber, kalamata olives, red onion, olive oil, and feta cheese. There are several variations to this recipe depending on the region of the country—this makes it a must for travelers to sample Greek salads no matter where they travel.

Other popular Greek dishes are as follows:

Best Things to Do in Greece

Visiting World Heritage sites located in the country is among the best ways to experience (and celebrate) the country’s cultural and natural history. For that reason, this list of things to do in Greece includes the typical must-see attractions, as well as my favorite World Heritage Sites in Greece. There are also ample links throughout the recommendations so you can book your travel as you explore the best things to do in Greece.

Visit the Acropolis of Athens

This ancient citadel is a UNESCO World Heritage Site. It’s located on top of a rocky outcrop in Athens. Today, the site features ruins of the ancient buildings that were of historic and architectural significance in Greece. The Acropolis of Athens was constructed in the mid-5th century BC, which is also known as the Golden Century of Greece.

When you’re in Athens, book a traditional sightseeing tour with a guide so you have someone providing all of the relevant historical information. Also consider alternative ones like a Greek mythology tour of Athens, which is a fun way to see the history from a new slant.

Meteora is one of the largest complexes for the Greek Orthodox in Greece. It is built on top of rock pillars and is a UNESCO World Heritage Site. It’s also one of the most iconic vistas now in the Instagram age, as those craggy, foggy rock pillars look moody and beautiful. It’s likely easiest to book a day tour to Meteora from Athens if you don’t have time to head that way overnight.

This archaeological site dates back to the Bronze Age. It is also the oldest city in Europe. It is the most important historical attraction on the Crete island, which was discovered by a British archaeologist in the early 20th century.

Admire the Temple of Zeus

This ancient temple is located in Olympia and was built around 472 and 456 BC. It features a classical Greek architectural style.

This is an important religious sanctuary for the ancient Greek. It was created to honor the god Apollo. It is also the site of the 4th century BC Temple of Apollo. The remains of the sanctuary consist of an ancient theater and stadium. Delphi also had military and political associates when the time that it was still in use. To see Delphi and some of the other top classical sites in Greece, we recommend a 4-Day Classical Greece Tour from Athens.

As the name implies, this is the ancient site where the concept of the Olympic Games was first started (during the 776 BC). Every four years, the games were organized in honor of god Zeus. The sports competition eventually became popular in other Greek cities and eventually adapted all over the world.

Where to Stay in Greece

Booking.com is one of the best accommodation booking engines for travelers. High season travelers (summer) should absolutely book their accommodation months before arriving to secure the best spots and the best prices. In the off- and shoulder-season,  you will still find a good selection just a couple of months before your trip.

Get started with an accommodation search for your trip now:

2 thoughts on “Travel to Greece”