From the World Heritage inscription for the Archaeological Site of Delphi:

The layout of Delphi is a unique artistic achievement. Mount Parnassus is a masterpiece where a series of monuments were built whose modular elements – terraces, temples, treasuries, etc. – combine to form a strong expression of the physical and moral values of a site which may be described as magical. Situated in a magnificent natural setting which is still intact, it is an outstanding example of a great Pan-Hellenic sanctuary.

During the Mycenaean period, the female deity of Earth was worshipped in the small settlement of Delphi, Greece. The development of the sanctuary and Oracle were to begin in the 8th century BC with the establishment of the cult of Apollo. Under the protection and administration of the Amphictyony, the sanctuary continued to be autonomous after the First Sacred War and, as a result, increased its Pan-Hellenic religious and political influence. The Pythian Games were reorganized, the sanctuary was enlarged, and it was enriched with fine buildings, statues, and other offerings. In the 3rd century BC it came under the domination of the Aetolians and later, in 191 BC, was conquered by the Romans. During the Roman period, the site was plundered on occasions, but it was also favored by some of the Emperors. With the spread of Christianity, the sanctuary lost its religious meaning and was closed down by Theodosius the Great.

Along with the Acropolis in Athens, the Archaeological Site of Delphi is probably the best known ancient Greek site in the world. Stories of the Oracle of Delphi permeate stories from that era and when you visit the site, you can see why the ancient Greeks considered it special.

Situated on a hillside, Delphi has an incredible view of the surrounding mountains, valley and the nearby coast. You can easily see why the ancients thought it to be a special place when you visit.

The nearby town of Delphi is more or less built around tourism, so it is an easy place to visit and there is a decent tourism infrastructure. It is about a 2-hour drive from Athens, so it is possible to visit on a day trip. I’d estimate a proper visit of the site to take a least 2 hours, which will include a fair amount of walking up and down hills. 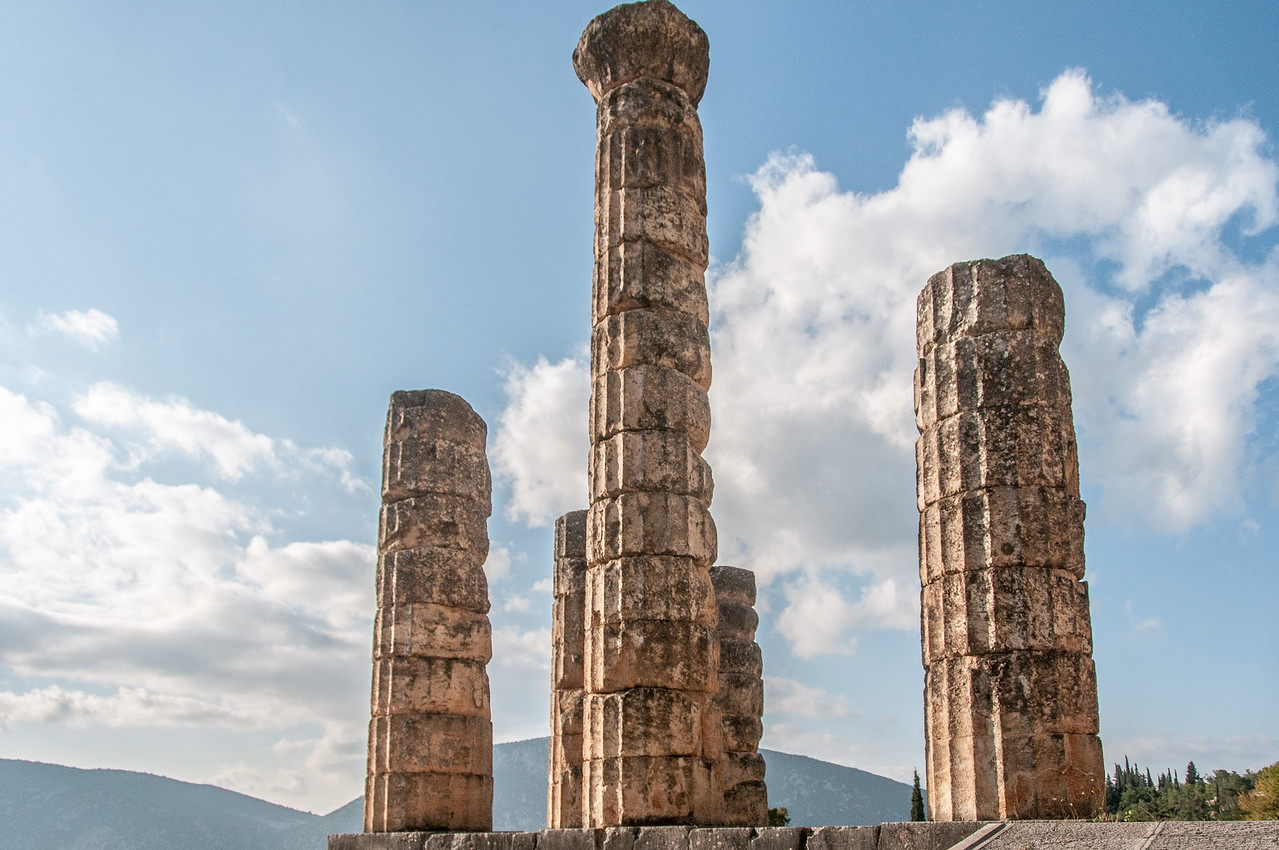 The Archaeological Site of Delphi is a cultural UNESCO World Heritage Site in Greece. This archaeological site that dates back to the time of Ancient Greece was inscribed by UNESCO into the list in 1987. The site is comprised of various remains from a former sanctuary that created an impact to the culture of the ancient world.

The ancient city of Delphi saw its rise to power in the 4th century BC. During this time, there were numerous pilgrims that came to the city of Delphi, especially those seeking advice from the oracle. The pilgrims brought with them various gifts that were offered at the temple. By 191 BC, the wealth and power of Delphi dwindled, especially when it came under the control of the Romans. By 4th century AD, Theodosius totally closed down Delphi and pilgrims were no longer able to access the site. The remains of this former glorious site are what is now available for you to see at the Archaeological Site of Delphi.

About the Archaeological Site of Delphi 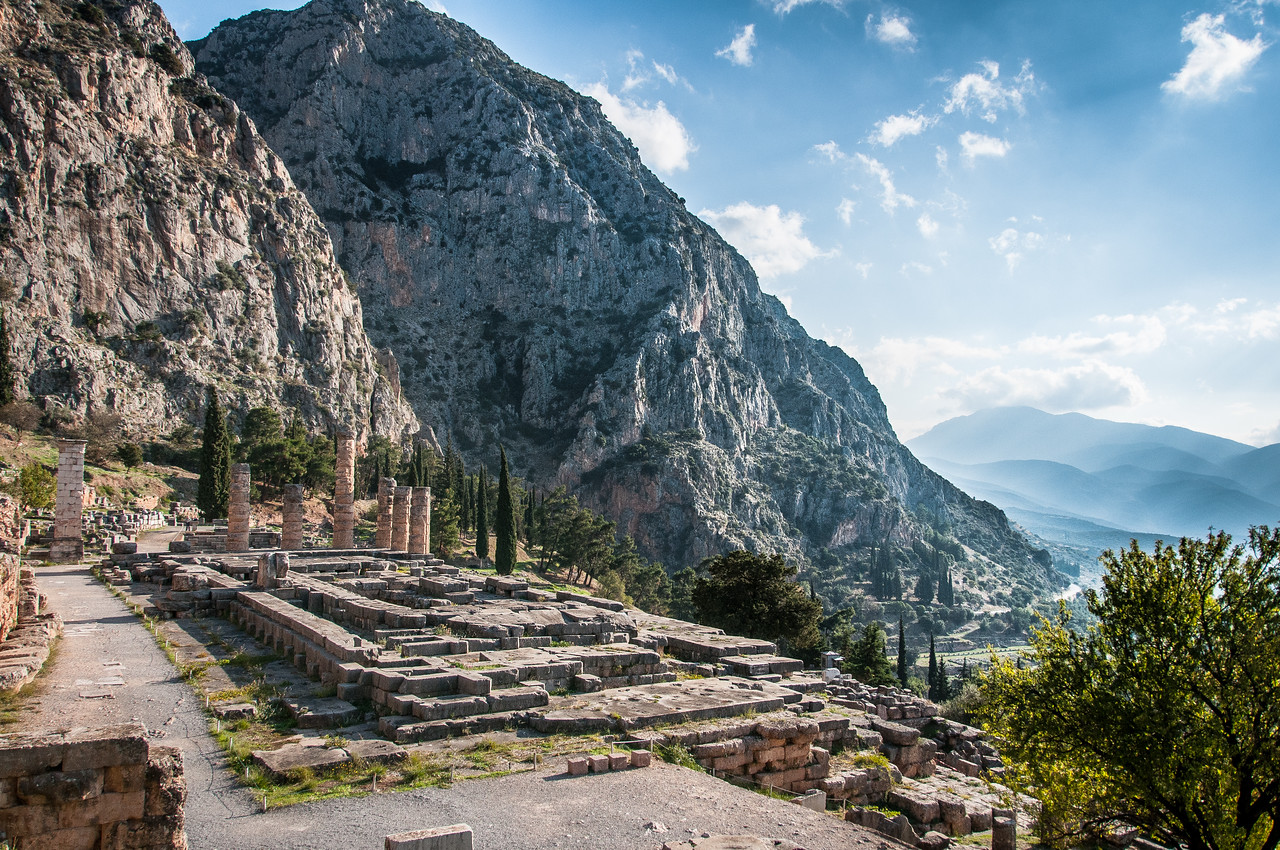 The Archaeological Site of Delphi is one of the most important archaeological sites in Greece, next only to the Acropolis of Athens. The main reason for its importance is due to the magnitude of the impact that the ancient city of Delphi had on the entire ancient civilization. Several political decisions were made after a visit to the Oracle that was stationed in Delphi. In addition, the colonies in the Mediterranean were established only after gaining consent from the sanctuary of Delphi.

Due to the immense level of influence that the Archaeological Site of Delphi had on the ancient civilization, it also grew at a rapid rate. From a small village, it developed into an imposing depository of some of the best architectural and artistic monuments in ancient Greece. Many of these architectural features and remains are still standing today for the visitors to witness during a tour of the Archaeological Site of Delphi.

Since the discovery of the Archaeological Site of Delphi, many excavations were done at the site. These excavations managed to unearth several settlements with some dating back to the Neolithic era. Meanwhile, there is also some other evidence that point to the site being in use from the Mycenaean period or around 1600 BC. The ruins at the Archaeological Site of Delphi are witness to the pinnacle of the site that took place in the 6th c. BC. 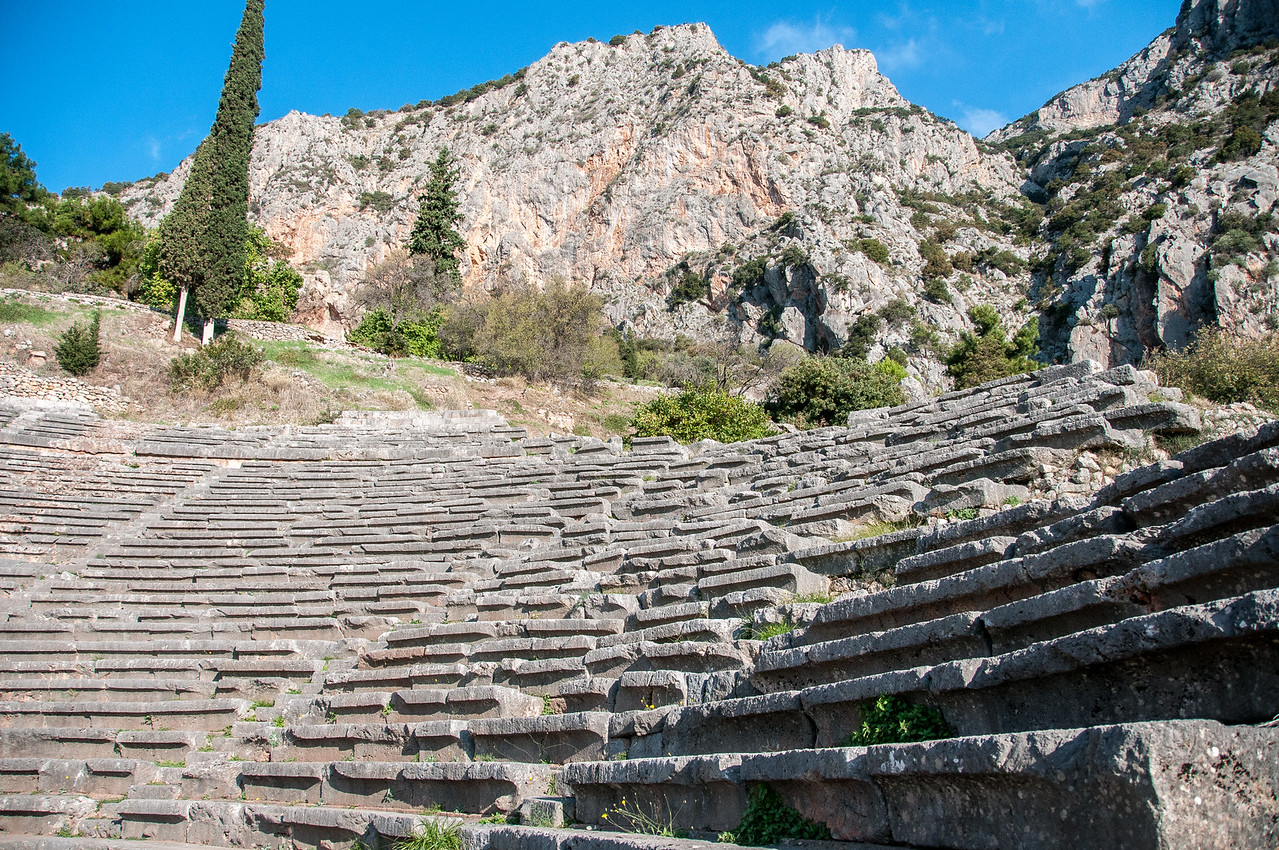 The Oracle of Delphi served many important functions during the height of this town at the ancient civilization. They held various cultural events, festivals, and athletic games. Aside from providing a venue for cultural affairs, the Archaeological Site of Delphi has evolved and wanted to expand its sanctuary. Therefore, temples, theaters, a stadium, and more ornate treasuries were built on its site. The following are some of the most prominent edifices that had been built on this site:

There is also an archaeological museum at the Archaeological Site of Delphi. This is where you will find many of the Greek artifacts that were discovered upon the excavations done at Delphi.