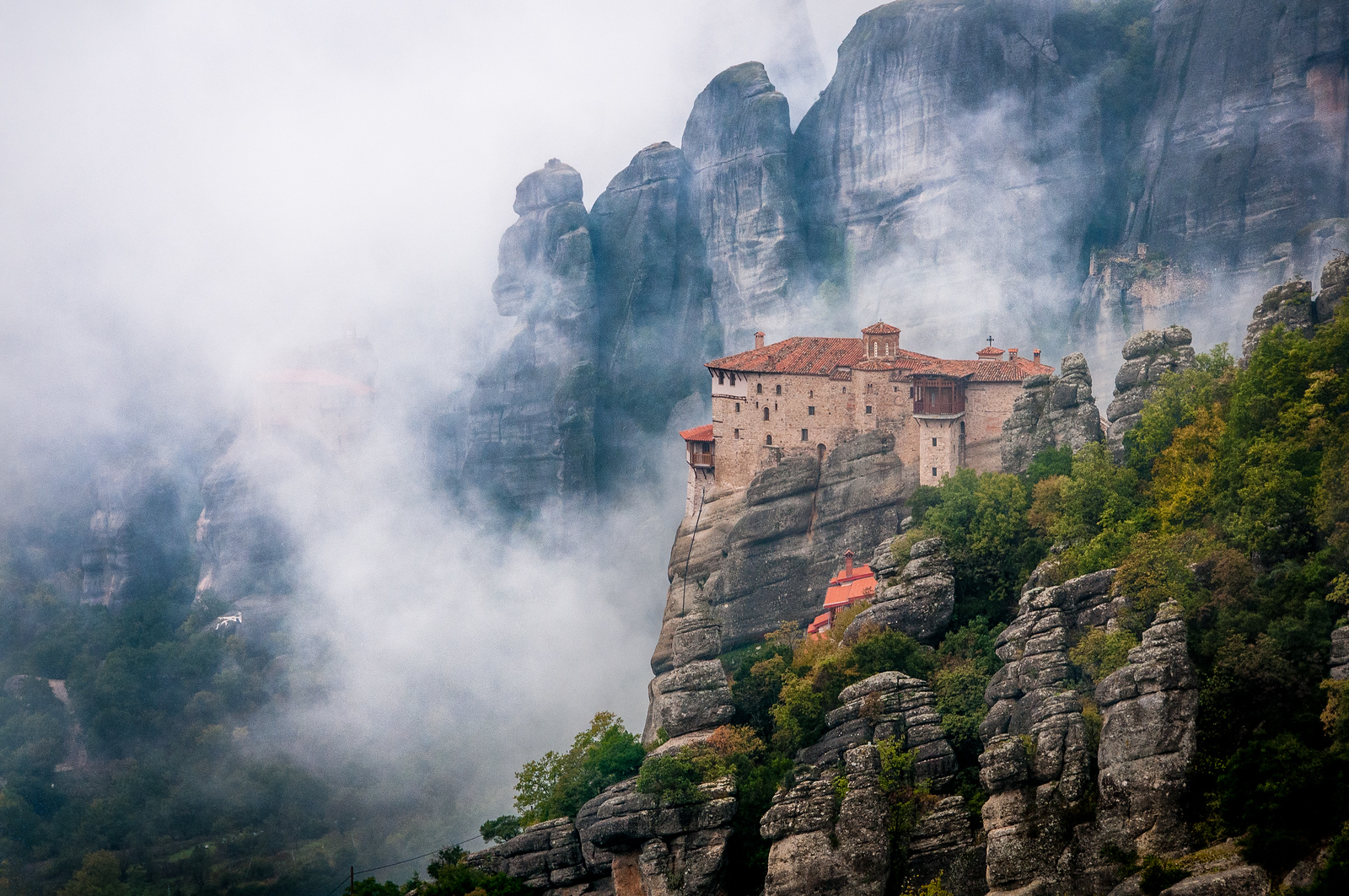 There are currently 18 UNESCO World Heritage Sites in Greece. There are 16 cultural sites while the remaining two are considered mixed sites.

The Acropolis in Athens is not only one of the city’s most popular tourist attractions it is also one of the UNESCO World Heritage Sites in Greece. The site features a massive but perfectly balanced collection of architectural monuments that exist in harmony with the natural landscape. Acropolis was completed in the 5th century BC and has since influenced the way people look at architecture in the world.

The ancient city of Aigai is one of the UNESCO World Heritage Sites in Greece; in fact, it was once the capital of the ancient Kingdom of Macedon. The monumental palace is the main attraction on this site because of the painted stuccoes and lavish mosaic decorations. However, there is also a burial ground near the area wherein the father of Alexander the Great was believed to be buried.

The Pan-Hellenic Delphi served as the spiritual center of the ancient Greek world. This is also where the oracle of Apollo is located. Thus, it is an important site in Greek’s ancient history. It also served as a symbol of Greek unit from the 8th century BC moving forward.

Olympia is located along the banks of Alpheios River, which was crucial because this is where the first ancient Olympic Games were held (in 776 BC). Aside from that, there are also numerous temples and sanctuaries in the city of Olympia. You will find several ruins of sporting structures and stadiums at the site as well.

Archaeological Site of Mycenae and Tiryns (1999)

These two sites are among the most important cities in Mycenean, Greece. These cities reached their height in the 15th and 12th centuries BC. There are a few sites in the city that were recognized for their “example of human creative genius”, such as Lion’s Gate and Treasury of Atreus.

According to the Greek mythology, this is the birthplace of Artemis and Apollo. It is therefore considered a sacred island in the Pan-Hellenic world. These sanctuaries have been attracting pilgrims from all over the world to Greece in the ancient times. In fact, it has turned into a prosperous trading port.

Historic Centre (Chora) with the Monastery of Saint John (1999)

It is believed that St. John the Theologian spent his time on the island of Patmos to write both the Gospel and his Apocalypse. Thus, in the late 10th century, a monastery was built to honor this beloved disciple. This monastery in Patmos has been a popular site for pilgrims and the center of Greek Orthodox learning. The monastic complex also dominates the island of Patmos.

The ancient city of Rhodes was occupied by The Order of St. John of Jerusalem from the early 1300s to early 1500s. From there, the city was gained control by the Turkish and Italians. During this time, several notable structures were built at the Upper Town including the Palace of the Grand Masters, Street of the Knights, and Great Hospital. The Lower Town, on the other hand, features more notable structures such as public baths and monasteries that had been around since the Ottoman period.

Monasteries of Daphni, Hosios Loukas and Nea Moni of Chios (1990)

This site recognizes a collection of important and historical monasteries in various parts of Greece. In particular, there are three monasteries recognized into the UNESCO World Heritage Sites in Greece. Even though these monasteries are geographically distant from each other, they are part of the same typological series and feature the same aesthetics. They were also constructed from the 11th to 12th centuries, while showcasing the essence of what was considered the “second golden age of Byzantine art”.

This town is part of the island of Corfu within the Ionian Islands of Greece. Corfu is recognized into the list of UNESCO World Heritage Sites in Greece due to its strategic position within the entrance to the Adriatic Sea. There are three forts in the town, all of which were built during the 8th century, and were designed by renowned Venetian engineers. Over the course of several centuries, these forts have undergone several rebuilding process to retain its current state.

Paleochristian and Byzantine Monuments of Thessaloniki (1988)

Thessaloniki was one of the bases for spreading Christianity in the region in 315 BC. Hence, you will find several Christian monuments such as churches, Greek cross plan, and three-nave basilica plans in the site.

Pythagoreion and Heraion of Samos (1992)

Several civilizations have called this island home ever since the 3rd millennium BC. Today, the remains of Pythagoreion are still evident. There is an ancient fortified port along with several Greek and Roman monuments. In Heraion, you will still find the temple of the Samian Hera.

Sanctuary of Asklepios at Epidaurus (1988)

Asklepios, the god of medicine, has a shrine built for him in a small valley of Peloponnesus. This was built during the 6th century BC that consists of the temple of Asklepios, the Tholos and Theatre. These monuments were deemed as one of the best examples of Greek architecture. Hence, it was recognized as one of the cultural sites in the list of UNESCO World Heritage Sites in Greece.

Temple of Apollo Epicurius at Bassae (1986)

This temple was built to honor the god of healing and sun according to the Greek mythology. The temple was constructed sometime during the 5th century BC. The temple is located atop the Arcadian mountains, which combines two well-known architectural styles used by ancient Greeks: Arcadian and Doric styles.

There are 24 monasteries built on almost inaccessible sandstone peaks during the 11th century; hence, they were commonly referred to as “columns of the sky”. The monasteries also feature 16th-century frescoes that remain until today, which exhibit the development of post-Byzantine art.

Mount Athos served as a spiritual center since the mid-11th century and has been that way for the majority of the Byzantine period. It is commonly referred to as the “Holy Mountain” by the Greeks and is also a famous artistic site. There are currently 20 monasteries and over 1,400 monks that inhabit the mountain.

This is the newest site to be inscribed on the list of UNESCO World Heritage Sites in Greece. This walled city, or whatever is left of it, is located at the foot of an acropolis in what was once the city of Macedonia and Thrace. During the 356 BC, it was also known as “Small Rome” since the Roman Empire has established itself in the region.