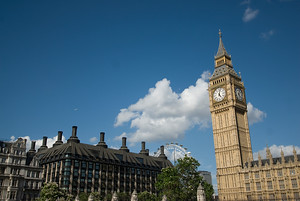 It is that time again. The two weeks every four years when we shift our attention from high paid athletes in team sports to lower paid athletes in lesser known sports. The time when television crews have to pretend they care about sports such as Equestrian, Synchronized Swimming and the Modern Pentathlon. The Olympics is upon us and because it is the most organized international thing which humans engage in, I figured I should add my thoughts to the already saturated opinions on the internet.

I have no real desire to go to the Olympics. Other than attending the opening ceremony, which would be an incredibly difficult ticket to get, I just don’t think it would be that big of a deal. The vast majority of the tickets are for uninteresting preliminary contests. You can’t actually get into the Olympic village where the athletes are. Basically, you just happen to be in a large city while some sporting events are occurring in another part of town. I think attending the Winter Olympics would be more interesting because they are usually held in smaller cities and I think the atmosphere on the street would be more fun. The Olympics is supposed to be about the spirit of competition, peace, harmony and all things good. In reality, the International Olympic Committee is as hard headed as any business. Use of the word “Olympics” and the five rings logo is very tightly controlled. They have put restrictions on what attendees to the events can tweet and the photos they can take. The Olympics is a billion dollar business and a far cry from the original sentiments from which it was founded. I don’t know why, but humans seem to be attracted to four year cycles. In addition to the Olympics, the World Cup, US Presidential Elections and leap years occur every four years. There is nothing natural about a four year cycle, but it seems to be just long enough where the excitement from the last one is gone but not yet forgotten.

People often stereotype China and Chinese by saying they are more group oriented and not as individualistic. Has anyone ever noticed that China doesn’t do well in team sports? I can’t think of any team sport that they do well at. They are amazing at individual Olympic events, but they aren’t a factor in any major, global team sport.

During the Olympics you will often hear that it is an assembly of the world’s greatest athletes. Olympians are certainly great athletes, but there are a lot that are missing. Most countries in the developed world give most of their attention to team sports. The best athletes in India will probably be drawn to cricket. In the US it will be baseball or American Football. In New Zealand it will be rugby. In Australia, it might be rugby or AFL. In the rest of the world it is probably soccer. None of those sports are in the olympics save for soccer, which doesn’t allow competitors over the age of 23. Lionel Messi, Richie McCaw, Aaron Rodgers, Sachin Tendulker and Albert Pujols will not be at the olympics.

Keep an eye out for results from weightlifting. Weightlifting has the best chances for someone from a tiny country to win a medal. The Micronesian countries do unusually well in weightlifting and have even come close in the past to medaling. Nauru and Micronesia are not out of the question to win something. I wouldn’t put money on it, but it isn’t crazy to bring it up.

French territories do not compete separately.

It is entirely possible to see more countries compete at the olympics in 2016. These possibly could include Macau and Northern Marians Islands, as there are already territories with similar status (Hong Kong and Guam) in the IOC. Other places such has Kosovo, Somaliland and French Polynesia would require progress to be made on other diplomatic fronts first.

In addition to what countries are represented, determining what sports are represented can be just as controversial. Many of the most popular sports in the world are not represented. These include baseball, cricket, rugby and golf. Both rugby sevens and golf are scheduled to be events in 2016.

For reasons I do not understand, medal counts in the United States have traditionally been listed in order of total medals won. In the rest of the world, they rank them in order of gold medals won. I didn’t notice this until I was in South East Asia during the 2008 games in Beijing.

I do not understand why team sports only count as 1 medal in medal counts, yet someone like Michael Phelps can account for 8 medals by himself by just swimming different distances with different strokes. If there are 20 people on a soccer team and 12 on a basketball team, they should count as 20 and 12 medals in medal counts. Likewise, a relay should count 4x as much as an individual race. I have no idea what the medal counts would look like, but it would be interested for someone to calculate it.

Certain sports skew medal counts because they give medals away for every permutation of an event. Swimming is a case in point. Shooting is another where they offer way too many medals.

The sport which goes in the total opposite direction in terms of medals is archery. There is one archery gold medal for men and one for women and a team event. That’s it. They don’t divide it up by distance or type of bow.

Despite having a population of over 1,000,000,000, India has only won one individual gold medal in history. That was won by Abhinav Bindra in shooting in 2008. They have, however, traditionally done very well in men’s field hockey.