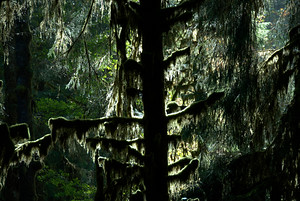 This the fifth installment in a series for my 4th Travelversay Celebration.

In many ways, this list was easier than creating a list of historic places. Natural sites and national parks tend to be much larger and you have to get out of the city to experience them. Most of the sites on this list were the result of going out of my way by car or boat. The total list I had to work with was smaller.

You will also notice a reverse bias from my previous lists. My other lists leaned in favor of Asia or Europe whereas this list tilts in favor of North America. The fact is, North America, in particular, the American West, as one of the greatest diversity of great natural attractions in the world. You have stunning mountains, canyons, deserts, rain forests and some of the largest megafaunas outside of Africa.

I have left aquatic sites like the Great Barrier Reef and Palau off of the list because they were listed on the list of my 10 favorite SCUBA diving sites. 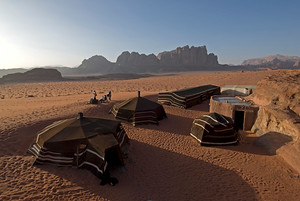 I can tell you flat out that my love of Wadi Rum comes from my love of the movie “Lawrence of Arabia”. I’ve seen Lawrence of Arabia maybe a dozen times, and while TE Lawrence himself never went to Wadi Rum, the movie was shot on location there and the scenery is beautiful. Wadi Rum is a desert area which was at one time scoured out by rushing water. You can see the evidence of it in the erosional formations in the rock. Today you can camp amongst the rock pillars and mesas in Bedouin tents. Wadi Rum is only about an hour drive from Petra. 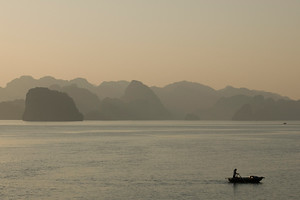 Ha Long Bay is several hours outside of Hanoi by car and is a fantastic collection of limestone islands and caves in the South China Sea. The best way to see Ha Long Bay is to take an overnight trip on a junk. You’ll be able to cruise around the islands as well as experience sunset in the bay. Once you are in Vietnam, visiting Ha Long Bay is rather affordable (as is most everything in Vietnam). It is a UNESCO World Heritage site and is a finalist for the Seven Wonders of Nature. 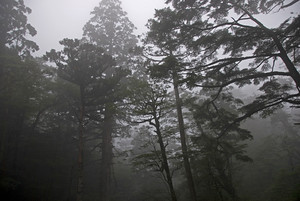 There is a good chance you have never heard of Yakushima. Few people outside of Japan have. When I visited I was one of only two non-Japanese people I saw during the entire three-day stay. Yakushima is in the far south of Japan, about an hour ferry ride from the southern city of Kagoshima. The parts of Yakushima which attract visitors are the ancient cedar forests on the top of the mountain in the middle of the island. They were the inspiration for the animated film “Princess Mononoke”. 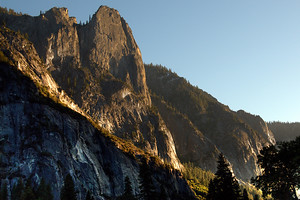 If you aren’t familiar with Yosemite, you are probably familiar with the work of Ansel Adams who made the park famous through his photography. The most famous landmarks of the park are Half Dome and El Capitan, which are huge granite extrusions. Yosemite is one of the most popular National Parks in the United States, located just several hours from the San Francisco Bay area. I visited the park as part of a giant road trip in 2009 and unfortunately, I visited when the waterfalls weren’t flowing. I’d love to return to spend more time taking photos. Yosemite is one of those places you could spend an entire career photographing. 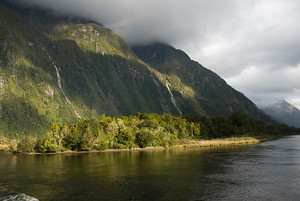 I had the pleasure of visiting Milford Sound (which is technically not a sound but a fjord) right after a period where it had rained for 24 hours straight. The results were breathtaking as the walls of the sound were covered with waterfalls. Milford Sound really isn’t close to anything. If you take a day trip from Queenstown, you will have to leave early in the morning to get to see the sunset. There is a trail you can walk around the sound, but most people see it by one of the many charter boats that cruise the area. 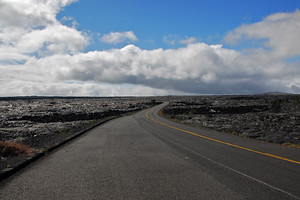 The Kilauea volcano has been erupting continuously since 1983 making it the world’s most active volcano. The nearby Mauna Loa volcano also has erupted during that time. I first visited Volcanoes during a geology trip in 2006 and it was one of the first places that I returned to when I began traveling in 2007. It is a total geek out for geologists and anyone with an interest in Earth Science. What you see when visiting the park will totally depend on your luck. I’ve been there twice and never have seen lava flowing on the surface. When I was on Maui recently, a new fissure opened and there was lava spurting up 80 feet. You never know what you are going to get. 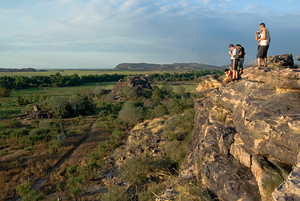 If you think of a national park in Australia, most people will probably think of Uluru. It is a great place, but in the end, it is just a big rock. Kakadu is an Australian version of the Serengeti or Yellowstone. There is abundant wildlife all over the park, which is something you can’t see in most of Australia. There are wetlands, prairies and rock formations. You can see many different bird species, 20-foot crocodiles, kangaroos, and giant termite mounds. On top of the natural wonders of the park, it also contains one of the best-preserved collection of ancient Aboriginal rock art in Australia. The park is about a two-hour drive from Darwin in the Northern Territory. 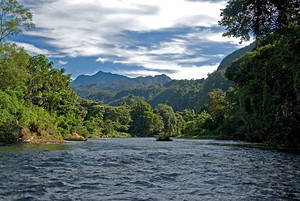 Gunung Mulu National Park (usually just known as Mulu) was probably the biggest surprise in all my travels. I hadn’t heard much about it before I visited Borneo. It is located on the island of Borneo in the Malaysian state of Sarawak. There are no roads leading to Mulu. You have to take a boat or fly. The flight from the city of Miri is quite short. The park is a combination of rainforest and spectacular karst limestone caves. One of the caves, Deer Cave, is one of the largest single caverns in the world. Several million bats live inside the cave and come out nightly to feed on insects in the rainforest. In addition to watching the nightly bat show, you can you do backcountry hiking, spelunking and forest canopy walks. I always recommend Mulu to anyone who visits Borneo. 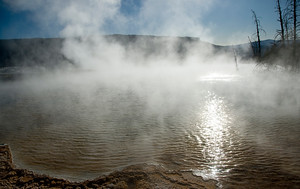 Yellowstone was the first place in the world to be designated as a national park. There was a good reason for it. Located the unique spot and inside the caldera of an ancient volcano, Yellowstone is the most active geothermal site in the world. You can see more hot springs and geysers here than anywhere else on Earth. The name “Yellowstone” comes from the sulfur deposits left on some of the rocks. It has Steamboat Geyser, the world’s tallest, and Old Faithful, arguably the world’s most popular. You can easily see large animals such as elk and bison, and even some of the unique microscopic life lives in the thermal pools. Oh, and there is a canyon in the park…and a lake…and huge waterfalls. It is an amazing place. 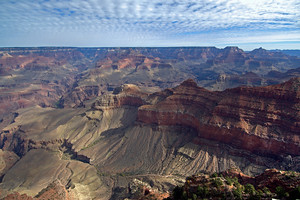 If you have been to the Grand Canyon, then you probably understand why it is listed number one. There is nothing on Earth which really even comes close to the Grand Canyon. Looking down at a gigantic scar in the Earth is a very different experience than looking up at a mountain. You can sit and stare out at the canyon for hours. I know I did and I saw other people doing the same. I’ve been to the Grand Canyon once, but I returning is high on my priority list. I want to visit the north rim as well as go rafting through it on the Colorado River. If you have a bucket list or list of places you want to see before you die, the Grand Canyon has to be on it.

9 thoughts on “My 10 Favorite Nature Sites”