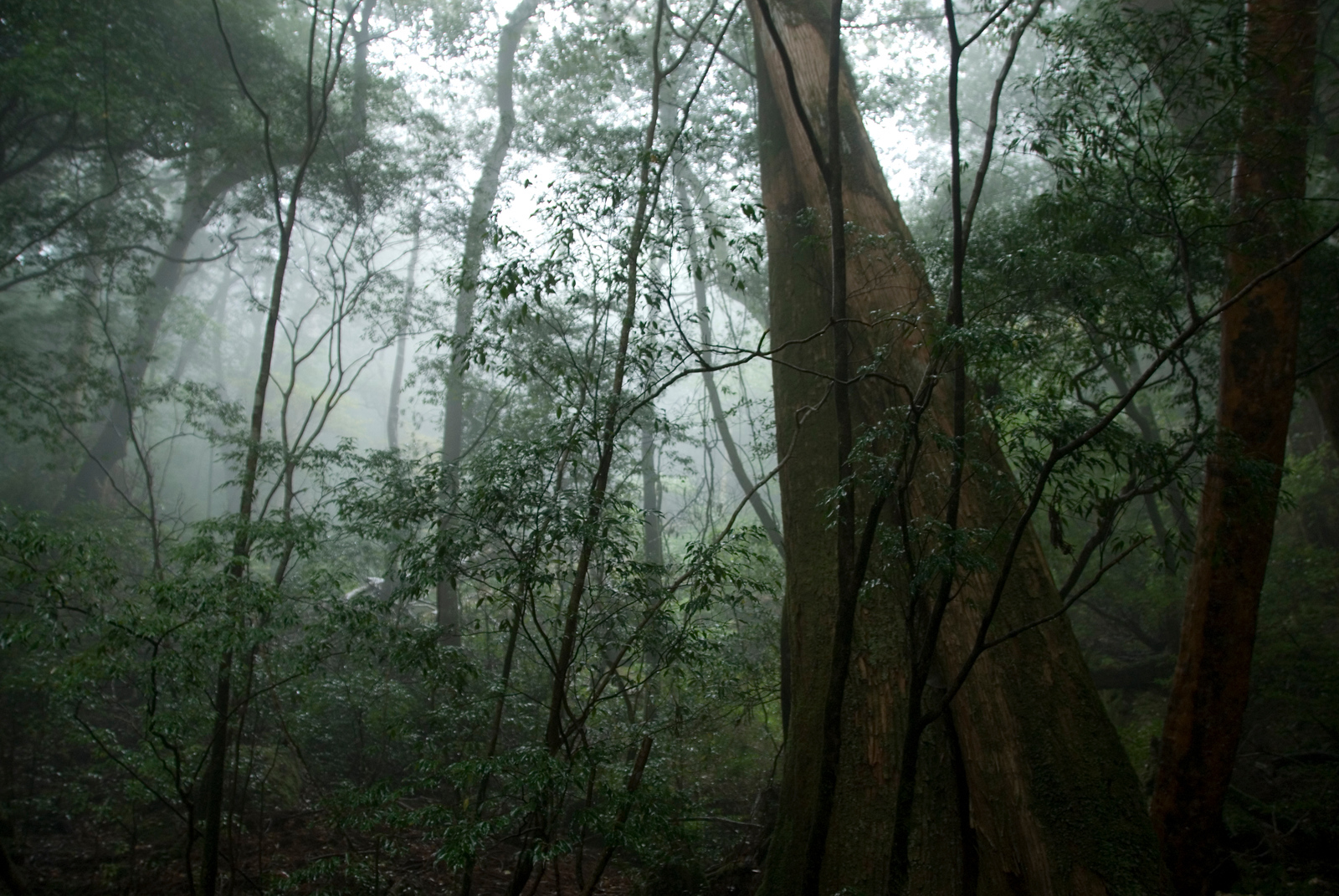 From the World Heritage Inscription for Yakushima:

Located in the interior of Yaku Island, at the meeting-point of the Palaearctic and oriental biotic regions, Yakushima exhibits a rich flora, with some 1,900 species and subspecies, including ancient specimens of the sugi (Japanese cedar). It also contains a remnant of a warm-temperate ancient forest that is unique in this region.

Yakushima is a very special place. About an hour ferry ride from Kagoshima, the interior of Yakushima (Yaku Island) is several thousand feet above sea level and often in the clouds.

Not only is it a beautiful place, but the food I had on Yakushima is some of the best I’ve experienced on my trip.

Yakushima is a roughly circular-shaped island with a circumference of 130 km. It features a diverse landscape consisting of subtropical coastal regions while the parts with higher elevation are dominated by cold mountain areas. The mountainous region makes up 90% of the total land area in the island.

As of May 2012, there are an estimated 13,618 people living on the island. However, the human settlers are largely outnumbered by the flora and fauna species on the island.

How to Get There and Getting Around

Yakushima is one of the most popular tourist destinations in Japan, not just because it is one of the UNESCO World Heritage Sites. However, the island is highly isolated and difficult to get to. You can travel by air to Osaka, Kagoshima or Fukouka if you are coming from international destinations. From these jump-off points, you need to ride a ferry. There are plenty of ferry options available to choose from and they can determine how fast or slow the journey is.

Traveling to Yakushima by boat can be slow especially if you consider the additional travel time involved when you transfer to Kagoshima Bay. But the fare is reasonable so it won’t cause a huge dent on your budget.

The conditions on the island range from warm temperate to subtropical. The climate on the island is heavily influenced by the mountain ranges, latitude and ocean current. The low lying areas of the island experience mild to moderate winter with the forest often covered in snow during the winter. The ocean current, on the other hand, brings warm moisture into the air in the western part of the Yakushima coast.