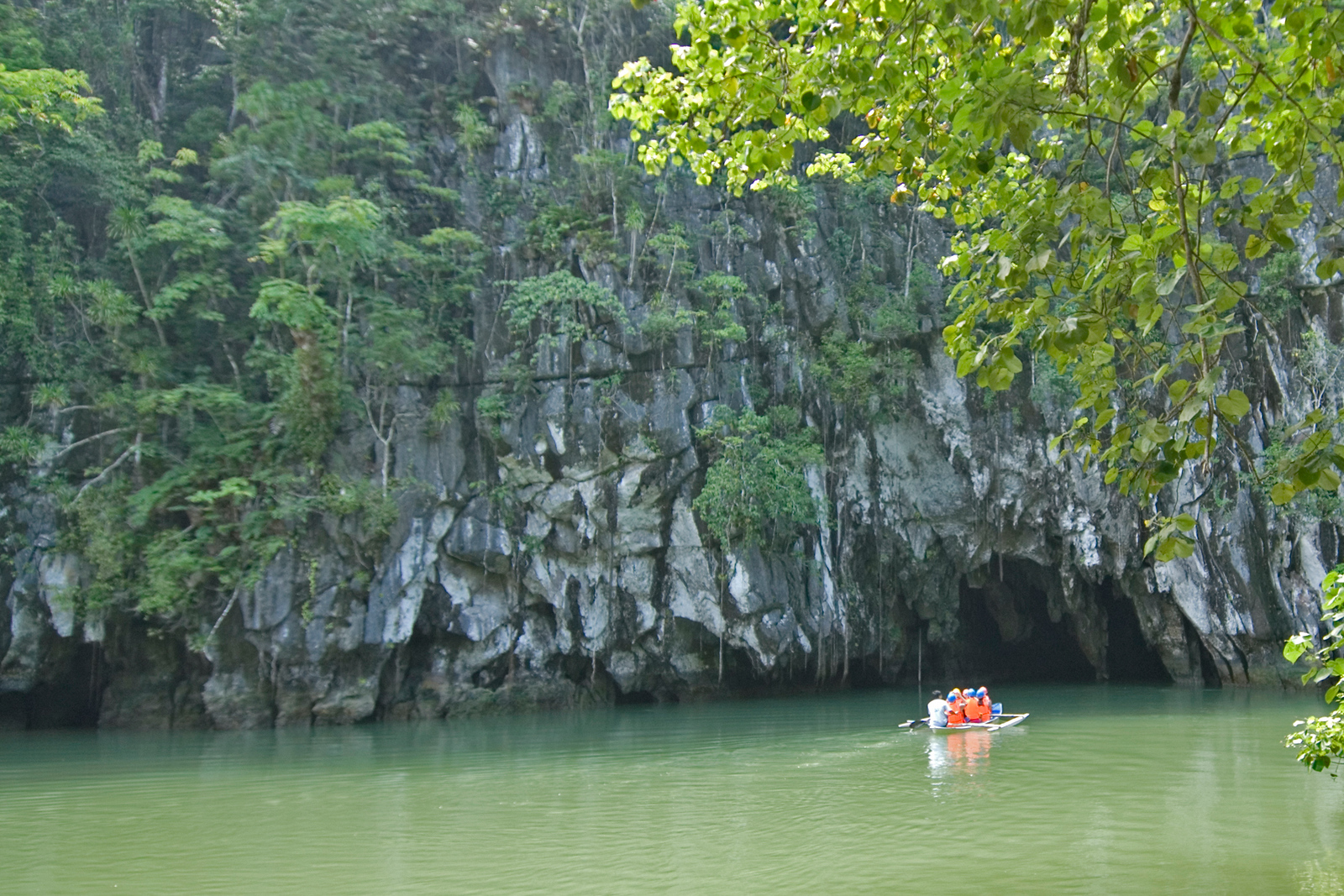 From the World Heritage inscription for the Puerto-Princesa Subterranean River National Park:

This park features a spectacular limestone karst landscape with an underground river. One of the river’s distinguishing features is that it emerges directly into the sea, and its lower portion is subject to tidal influences. The area also represents a significant habitat for biodiversity conservation. The site contains a full ‘mountain-to-sea’ ecosystem and has some of the most important forests in Asia.

The underground river is really pretty cool. The river goes into the mountain about 6km, but the tours only go in about 1km. The inside of the cave has tons of stalactite and stalagmite formations, most of which are named after things they look like, which usually requires a lot of imagination. Outside the cave, I saw huge monitor lizards and macaque monkeys. The underground river on Palawan is the longest navigable underground river in the world.

The Puerto Princesa Subterranean River National Park is a natural site listed as one of the UNESCO World Heritage Sites in the Philippines. The underground river is located in Puerto Princesa City in Palawan. The entire park covers more than 22,000 hectares in land area and was inscribed by UNESCO in 1999. The park is managed by the city government of Puerto Princesa in Palawan.

The entire length of the subterranean river is recorded at 8 km; however, the paddle boats that tourists ride to explore the river travels only 1.5 km into the cave. Tourists are allowed to travel as far as 4.3 km upstream but a special permit should be obtained from the Subterranean River National Park Office prior to that. Ideally, this permit must be secured two days in advance of the scheduled tour. The exploration of the deeper areas of the cave is discouraged due to lack of oxygen.

This park is a protected area to preserve the rock formations and the integrity of the river. In addition, it is also a habitat for biodiversity conservation. The park is filled with a mountain-to-sea ecosystem and contains some of the most significant forest formations in the continent.

About the Underground River

The main feature of the Puerto Princesa Subterranean River National Park is the limestone karst mountain landscape. The river travels through the cave underneath this limestone mountain wherein the river flows directly to the West Philippine Sea. Within the cave, there are several formations of stalagmite and stalactites. There are also several large chambers of rock inside the cave with the Italian’s Chamber being the biggest of them all at 360 meters long.

Tips for the Underground River

View my complete list of UNESCO World Heritage Sites in the Philippines.