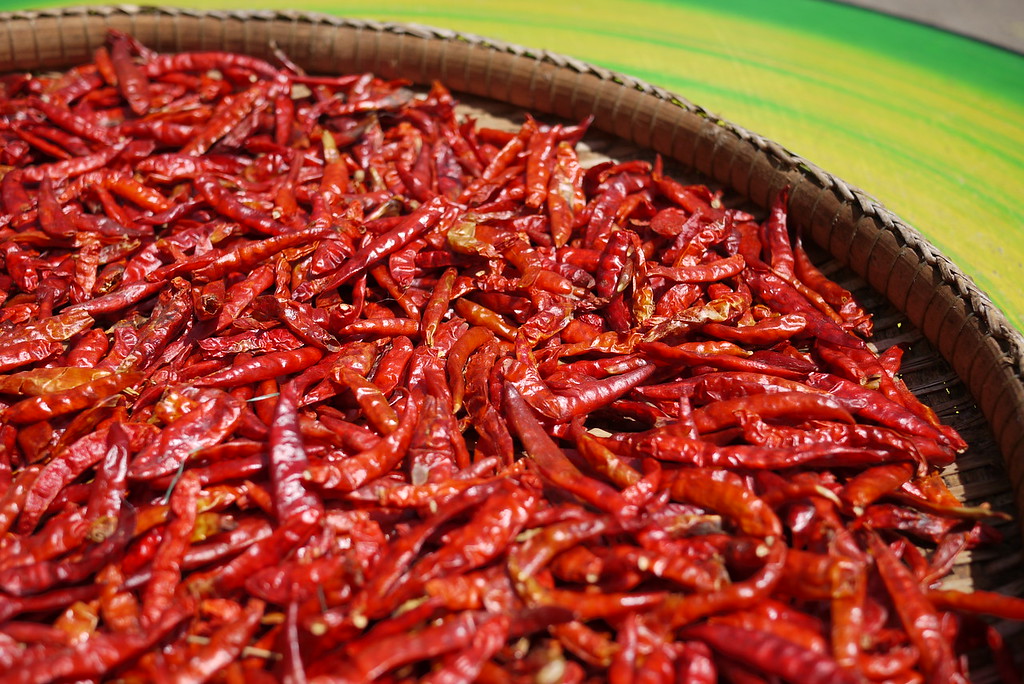 Any list of the best things in the world is going to be inherently subjective, whether that’s beaches, cities, museums, or more. But after traveling nearly nonstop from well over a decade, I’ve seen a lot and tasted even more!

But perhaps what makes my list of the best cuisine in the world more interesting than many is the fact that I am not a foodie! Sometimes I’d like to style myself as one after so many years sampling what the world has to offer, but I’m not. I don’t obsess about food. I don’t take photos of food. I don’t collect recipes. I just look for cuisine that tastes good—and I think that’s what most of us are also looking for!

Plus, I’ve tasted each of these cuisines in its home country (usually in different regions of the country, too). That’s a home court advantage over those who have only sampled these cuisines at a restaurant near their home. So let’s look at a run down of the best cuisines in the world—a top 10 list of ones I have thoroughly enjoyed throughout my travels.

10 Best Cuisines in the World

Note that this paints the world with an extremely broad brush—there are clear differences between northern and southern Indian food, and between Hunan or Szechuan cuisine. But for a broad overview, here’s the cuisine countdown!

Disclosure: I’m not as big of a fan of Thai food as some people, but I have sampled truly excellent Thai dishes during the countless months I’ve eaten dishes from north to south. The food culture in Thailand is also remarkable and one of my favorite aspects of eating there. Street food is abundant and I’ve never failed to find a tasty dish from Thai street vendors. I often look for the street carts with a long line of local Thais, stand in line, then order whatever the person before me was eating. In this way, you’re sampling a local specialty that vendor must do particularly well.

Eating Thai street food, complete with sitting on tiny plastic stools at small tables, makes Thai cuisine a fun one to eat. But you can also find incredible gourmet and traditional recipes done well at restaurants. Regional specialities also mean you’re never bored for flavors—Isan food in the central and north features the always-enjoyable sticky rice and a lot of spice and fish. In other areas curries take center stage, and no Thai curry is perhaps more famous than the rich, relatively mild flavors in Massaman curry, which is regularly named the best dish in the world.

This is a broad brush stroke—I’m acknowledging that upfront!—but there are so many delicious commonalities across Middle Eastern cuisine that I’m lumping all of it together. Why is this food so tasty? Delightful dishes you can find across the region include: shawarma, hummus, pita, nuts, and dried fruits—so many incredible dried fruits, including dates, figs, and sweet, sweet apricots. Then there’s the beautiful chopped salads brimming with tomatoes and cucumber, and often augmented with sliced onions, herbs, vinegar, or simply salt and oil.

No one does salads quite like the Middle East, perhaps because of the Mediterranean influence. That influence also means the cuisine is brimming with fresh vegetables and a veritable rainbow of colors. Middle Eastern food has a lot to offer vegetarians, and it’s also named one of the healthiest diets in the world.

Middle Eastern cuisine features fresh flavors and often combines a number of amazing herbs, seasonings, and spices—it makes for a memorable meal no matter in which Middle Eastern country you sample it!

I love pho. I love spring rolls. I love almost every meal I had in Vietnam. I especially enjoyed the seafood dishes I sampled in the village of Mui Ne in Vietnam.

Vietnamese cuisine, like Thai food, has been exported all over the world, but it’s an entirely different experience when you’re traveling through Vietnam and sampling steaming bowls of bun bo hue on the streets of Saigon, each one heaped with fresh herbs by the granny lovingly preparing your food.

For the first few years of my world travels, I didn’t make it to India, so I was left samping Indian cuisine from places housing a large population of the Indian diaspora: Oman, Dubai, Singapore, London, and the U.S., of course. And I loved everything I sampled, always.

My most memorable Indian meals have been in cheap restaurants with Indian workers as their clientele. Often, meals weren’t even served with silverware—truly servicing the Indian diaspora. Once I visited India years into my travels, Indian cuisine only climbed in my estimations. The country has such a rich culinary history from north to south that you will truly never run out of a new dish to try, or at the very least a new variation on an old favorite. Indian cuisine relies on rich flavor combinations, abundant spices, and intriguing pairings like cooling raita that add something special to the entire experience of eating Indian food.

Mexico is a large country, like many others on the list, and it’s hard to pinpoint just one style of Mexican food. One of the reasons Mexico tops this list is, like others, the consistency of finding great meals when you’re traveling Mexico. With Mexican food, more than any other, I’ve noticed a big difference between what is severed in Mexico or by real Mexicans, compared to what you can get at a generic Mexican restaurant.

The best food to be had in the country is like in Oaxaca City, Mexico, which is known as the land of the seven moles. Second to that, Mexico City has a huge hipster, traditional, and interesting food scene with options covering nearly all of Mexico’s diverse and regional cuisines. But you can find flavorful meats—interesting ones too, like cow-head tacos—in every small town, big city, or crossroads puebla.

While I still haven’t visited mainland China properly, I have traveled through Taiwan, Hong Kong, Macau, Malaysia, and Singapore. Like with Indian food, the Chinese diaspora has spread all over the world and there are dense pockets of Chinese culture in even the most unlikely of places.

In cultures where I found it difficult to order gluten-free food, or even just when I wanted something familiar, I would find myself visiting Chinese restaurants in random countries all over the world—Italy, for example—because Chinese restaurants are so ubiquitous. Like the other Asian cuisines, Chinese cuisine uses a broad palate of spices and has a lot of regional variation, meaning you are never short on new and interesting dishes.

Spanish cuisine usually takes a backseat to nearby Italy on the global stage, which means I never thought much about it until I visited Spain.

I was blown away.

The paella I sampled in Valencia (every day) was amazing, and the country’s wide diversity of paella styles mean there is no end to the number of times you can (and I did) order this delicious Spanish dish.

Then let’s talk about tapas and pintxos, which are types of snackable finger foods served on small plates. The pintxos I sampled in Bilbao are memorable—each different skewered delicacy is affordable and usually combines just a few ingredients into something uncommonly special. In other areas of Spain, even the most normal of tapas are served fresh, hot, and fast.

I also discovered Txakoli, which is a white wine made in the Basque Country—the wine and the delicious tapas make me think San Sebastian might be the best food city in Europe—and perhaps the world. Spanish cuisine, and the incredibly social culture in which you enjoy your meals, is the unsung hero of European food and Spain should rank for higher on top foodie countries than it does!

Some of the greatest salads I had in my life I found in cafes on the streets of Paris. I love the ingredients in French food that you don’t often find in other cuisines (duck, fois gras) and the fantastic sauces. One of my greatest pleasures of in France was buying cheap Roquefort cheese from the grocery store—this is my favorite cheese, and even the cheap versions are memorable—which is high praise coming from a guy from Wisconsin.

French cuisine usually needs no more explanation than that—it’s world renowned for rich sauces, incredible cheeses, and many of the best wines the world offers.

I actually visited Argentina on a science research trip in 2005, two years before I started traveling full time in 2007.

Since then, one thing has stood out in my mind: the food.

It was so good!

Even years later, and while I was sampling amazing cuisine in other parts of the world, I would think back to the Argentinian asado is the finest BBQ in the world. All of my plans to return to Argentina revolve around food, and it’s for this reason that it takes the number two spot on my list. You know a cuisine is uncommonly good when a regular person—no food snob here—just can’t stop thinking about it!

I did not eat a single bad meal in Japan, and in fact I enjoyed more truly fantastic meals in Japan than I have anywhere else in the world. I could order a set meal at any hotel and be guaranteed to have a memorable meal.

I have sampled sushi in almost every city I have visited in world, and while Japanese food is much more than just sushi, eating sushi in Japan might just be a religious experience. It’s an art form in Japan and you simply can’t find a place serving bad sushi.

Even instant noodles from a 7-11 are in another league in Japan. If could only eat one type of food for the rest of my life, it would be Japanese, which means it gets the top spot on my highly personal list of the 10 best cuisines in the world!

What’s the most noticeable cuisine missing from the list? If you have a favorite one not included on the list (I know Italian cuisine is going to crop up!), remember that the best cuisines in the world was always going to be a subjective list—these are simply my favorites from 10+ years of world travels!

(All photos courtesy of Shannon O’Donnell, the Everything Everywhere editor!)

18 thoughts on “My 10 Favorite Cuisines in the World”