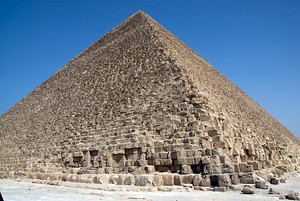 This the seventh installment in a series for my 4th Travelversay Celebration.

This is by far the most fun I had putting a list together. Buildings are something I never really explicitly thought about before I set out to make the list. I have a love for big and tall things, so you will see that represented.

For the purposes of this list, I included old and new structures. I focused on either the architecture, the scale, or some other oddity. I considered buildings, airports, towers, bridges, or anything which has been made by people. 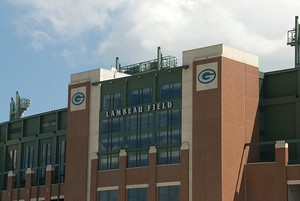 This is my list, so Lambeau Field gets included. I realize I probably bumped the Great Pyramid from the list just so I could put up an image of the home of the 13 time NFL Champions, but hey, maybe the ancient Egyptians should have won a few more playoff games??? If you haven’t been to Lambeau Field, you should. If you have no clue what American Football is about, you’ll get no better introduction than going to a Packer game. If you are familiar with American Football, then you should go to make a pilgrimage. GO PACK!

Until the recent completion of the Burj Kalifa in Dubai, the CN Tower was the largest freestanding structure in the world measuring in at 553.3 metres (1,815 ft). Which is to say it was taller than any building, but not quite as tall as some radio or TV antennas. Built in 1976, it has become the iconic symbol of Toronto. Yes, it is a bit of a cheese tourist trap, but you should still make the trip up the tower at least once if you are in Toronto. In addition to the observation deck in the tower, there is also a revolving restaurant and an a higher obersvation deck above the main deck. 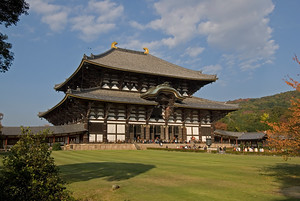 The Todaiji Temple in Nara is the largest wooden building in the world. You can see larger buildings in almost any city, but it is only when you get up close to the temple that you really get an idea of what an engineering achievement this temple is. The building was designed to house The Daibutsu, a 50 foot (15m) sitting Buddha statue. Temples have existed in the current site of the temple since 743, and the current building was constructed over 300 years ago in 1709. The building which the current temple replaced was actually 30% larger than the building which exists today! 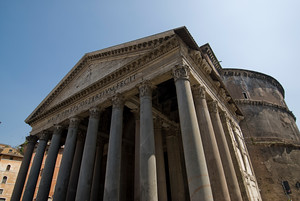 The Pantheon is a an amazing building. Originally built Augustus’s right hand man, Marcus Agrippa, the current structure was rebuilt in 126 by the Emperor Hadrian. There are several things about the building which are amazing. The first is that even though it is almost 2,000 years old, the building is still standing and is in use. It is not a ruin. There are no other ancient buildings in the world which are that old and in this good of condition. The second amazing thing is that the dome inside the building was the largest dome in the world for over 1,000 years, until the construction of the Florence Cathedral. It is still the largest unreinforced concrete dome in the world! 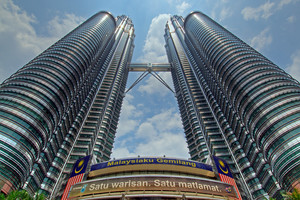 I don’t think Kuala Lumpur really needed the Petronas Towers. Unlike cities like New York which have serious space issues, there is plenty of room to build around KL. The purpose of the Petronas Towers was to put Kuala Lumpur and Malaysia on the map. Mission accomplished. They held the title of the world’s tallest buildings for 6 years until the completion of Taipei 101. There was always debate about if it was really taller than the Sears Tower because the top floor of the Sears Tower was higher, but the spires on the Petronas Towers were higher. Regardless, it is a damn fine looking building. 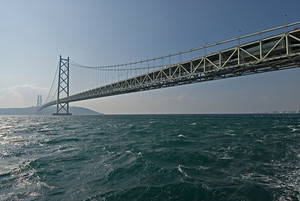 The Akashi-Kaikyo Bridge is the longest suspension bridge in the world. The distance between the two towers of the bridge is 1,991 metres (6,532 ft), over a mile long. I took an incredibly expensive cab ride while I was in Kobe just to visit the bridge. The bridge was built as part of a larger project to connect the main Japanese island of Honshu and the smaller island of Shikoku. There is a viewing platform underneath the main deck of the bridge which lets you observe the bridge and the rough waters below. 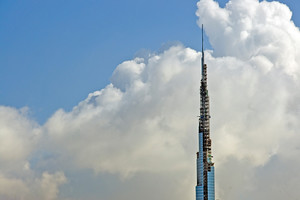 When I was in Dubai, the Burj Khalifa wasn’t complete and it wasn’t even called the Burj Khalifa. It was called the Burj Dubai. It had a sudden name change on the day it was opened to honor Sheikh Khalifa, the emir of Abu Dhabi who just days before the opening did a bailout when Dubai’s debt burden became too much. If the Petronas Towers were an unnecessary building, then the Burj Khalifa is a REALLY unnecessary building. It was built as a status symbol to just have the world’s tallest building in Dubai. It shouldn’t be noted that is isn’t just the world’s tallest build. It is the world’s tallest anything. No structure of any type, at any time, no matter how you want to define it is taller than the Burj Khalifa. It set a record for height which will probably stand for a very long time. Now that the building is complete, I would like to return to Dubai to visit it properly. 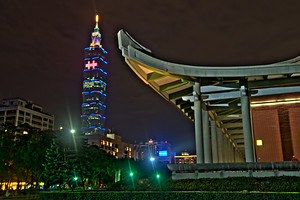 Taipei 101 is my favorite sky scraper in the world. It isn’t the tallest anymore, but it does have the highest open air observation deck and the world’s fastest elevator. Many people I know who have visited Taipei have fallen in love with Taipei 101. Every night they have different external lights, reminiscent of the Empire State Building in New York. The view from the observation deck is amazing and at the base of the building is large, high end shopping mall. I visited Taipei 101 three different times during my most recent trip to Taipei. 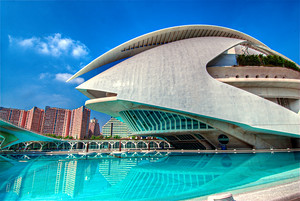 Until I first saw this building with my own eyes, I had never heard of it. I never even saw a photo of it or knew of its existence. I immediately became obsessed with the building. I read up in the architect, Santiago Calatrava. I read up on the history of the building. I managed to get a tour of the inside the structure. I took dozens of photos. I sort of made it my personal mission for more people to know about this building, which quite frankly, is a FAR better building both aesthetically and practically, than the Sydney Opera House. The Palau is part of a larger complex called the City of Arts and Sciences in Valencia, which was also designed by Valencia native, Santiago Calatrava.

1) Church of the Holy Sepulchre, Jerusalem 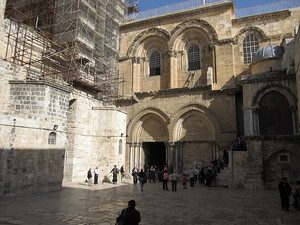 Just on religious significance alone, this building might warrant a spot on the list. It is believed by many Christians to be the place where Jesus was crucified, died and was buried. However, that is not why I have it listed. The reason I have it on the list is because of the fascinating history of the building. It was ultimately this building which was the destination of the crusades. Today the control of the building is divided between six different Christian sects (Catholic, Greek Orthodox, Armenian Orthodox, Egyptian Coptic, Ethiopian Coptic and Syriac Orthodox). Fist fights break out every so often between monks from different groups. The keys to the building are held by to Muslim families…and have been for 1,000 years! There is a ladder outside the building which hasn’t moved in over 150 years because no one can agree to move it. The building is dirty and in a state of disrepair because of the disagreements between the sects. The history of the building is so long and interesting, that I have given serious thought to writing a book on the subject.

17 thoughts on “My 10 Favorite Buildings and Structures”