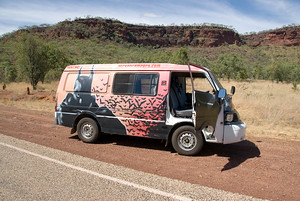 This the eigth installment in a series for my 4th Travelversay Celebration.

This was another fun list to write. Unfortunately, I have only driven extensively in a few countries: USA, Canada, Australia and New Zealand. My list is, therefore, limited to the places I have driven.

That being said, I have done a LOT of driving over the last four years and even more before that. I have done over 20,000 miles of road trips in just North America since 2007 and have also driven across most of New Zealand and Australia.

There are some places which are just best seen by car. One of my goals is to do more driving in Europe so I can get to some of the more remote places which would be difficult to do by train. 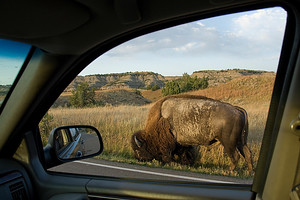 This is going to strike many people as a bizarre choice, but I love driving through the prairie. I know many people who loathe driving in North Dakota. I find driving through the prairie to be extremely calming. Unlike visiting a mountain or a waterfall which is a particular place, to visit the prairie you sort of have to go through it. In that respect it is sort of like the ocean. The nice part about driving I-94 is that the road is one of the straightest roads you will ever find. The crown jewel of the drive is Theodore Roosevelt National Park which I-94 passes straight through. I was able to see more wildlife from my car in this national park than I have in any other in the US. 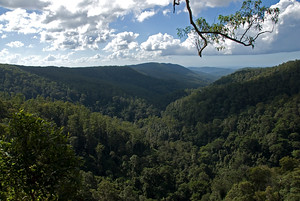 This an extremely popular route to take along the backpacker circuit in Australia. It goes through the major Queensland cities of Brisbane, Gold Coast, Cairns, and Townsville as well as passing nearby several of Queensland’s best national parks: Fraser Island, Springbrook, and Wallaman Falls in Girringun National Park. Off shore is also the Great Barrier Reef, although you can’t see it from the coast. 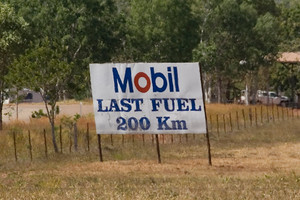 I drove from Darwin, NT to Perth WA. That was an extremely LONG drive. The minimum I could rent a campervan for from Darwin to Perth was three weeks, but you could probably do the drive in two weeks. There is a lot of dry flat land you have to go drive through in the Kimberly region of Western Australia, but there are some great sights to see along the route as well. Purnululu National Park, Shark Bay, Exmouth, Broome and the Pinnacle Desert are all worthwhile stops along the way. Once you get closer to Perth, the scenery becomes much more green and lush. If you keep driving on Highway 1 past Perth, you also can visit the wine region of Margaret River. 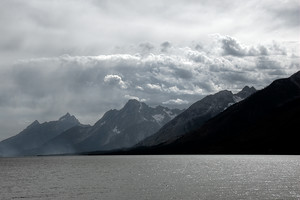 The Rockefeller Parkway is the short segment that connects Yellowstone National Park with Grand Teton National Park. I think that description alone is probably enough to entice most people to want to make the drive. In reality, the full drive would extend north into Yellowstone and south down to Jackson Hole. In addition to the breathtaking Grand Teton Mountains, you can also see moose and elk along the road if you are lucky. Once you get to Jackson Hole you can visit the National Elk Refuge in Jackson Hole and take in the elk antler archways in the Jackson Hole city park. 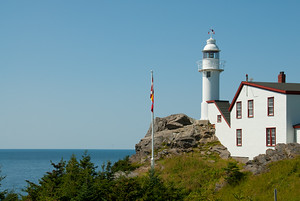 If you look at a map of the island of Newfoundland, you’ll see the Great Northern Peninsula which juts up towards Labrador like a giant index finger. Highway 430 goes from Deer Lake to St. Anthony, NL along the western coast of the island. It passes through Gros Morne National Park, which is one of the most under appreciated parks in North America. The road is also called the Viking Trail because it is the route you take to get to L’Anse aux Meadows, the first Viking settlement in North America. If you do this drive, be aware that you have to take a ferry to get to Newfoundland from Nova Scotia. 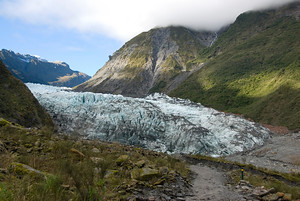 Driving down the western coast of the South Island of New Zealand will take you past penguin colonies and glaciers and over very long one lane bridges with train tracks on them (think about that for a second). The highway 6 does not take you through any major cities, which is why the road is often narrow. It goes from the ferry terminal at Picton all the way down to Queenstown. It also passes through the town of Franz Joseph Glazer which has access to both Franz Joseph and Fox glaciers. The southern most stretch of the road will go through the Haast Pass in the Southern Alps Mountains. 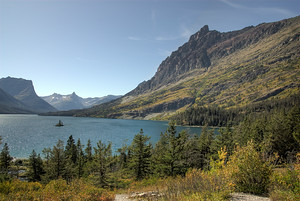 The Going-To-The-Sun Highway is really the only route through Glacier National Park. Its end points are the east and west entrances to the park near West Glacier and St. Mary. The road is closed for a large part of the year due to snow. It is not uncommon to have road closures as late as May or June and as early as October. The road will take you past Lake Macdonald, St. Mary Lake and over some of the most beautiful mountains you will find North America. 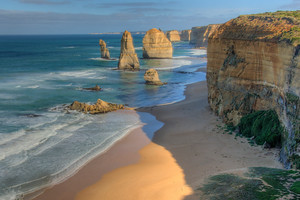 If you are going to visit Melbourne, then you should take a day or two to drive the Great Ocean Road. It is one of the greatest drives in the world. The route is from Torquay to Warrnambool, but most visitors would probably be starting in Melbourne which is not that far away. The highlight of the drive are the Twelve Apostles, which are sandstone pillars just off the shore. You had better vist them quickly because they have been falling down ever few years due to natural erosion. Another natural feature along the road, The London Bridge, collapsed in the 90’s which stranded several people on the other side of the bridge. They had to be rescued by helicopter. There is also a Great Ocean Walk which mirrors the path of the road. 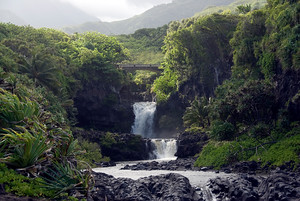 The Hana Highway is only about 40 miles long, but to drive it can take anywhere up to 2-3 hours depending on how often you stop. The reason it takes so long to drive is because the road is almost nothing but curves. There probably isn’t more than a few hundred meters of straight pavement on the entire route. You also have occasional rockslides and spots where the road is wet due to water running off of the mountain. As difficult as the drive is, it is just as beautiful. The Maui coast is wonderful and there are numerous waterfalls along the way you can stop and photograph. Other than a few rest stops, there are no food or fuel stops until you get to Hana. If you take the road past Hana you can reach the lower part of Haleakala National Park. 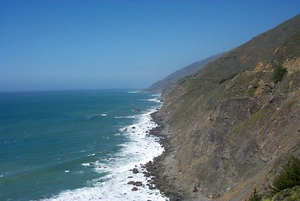 California state highway 1 from Los Angeles to San Francisco, the Pacific Coast Highway, is my favorite drive in the world. Unlike the other roads on this list, I last drove the PCH back in 1999 but the memories have stuck with me the entire time. I rented a convertible for the drive which is something I’d do in a heartbeat if I were to do the drive again. The drive not only gives you the best views of the California coast but also goes near some of the best attractions in the state: Hearst Castle, Monterey Bay and the Monterey Bay Aquarium. If you continue the drive north of San Francisco you will cross the Golden Gate Bridge and drive near the redwood grove at Muir Woods and Point Reyes National Seashore.

8 thoughts on “My 10 Favorite Drives”