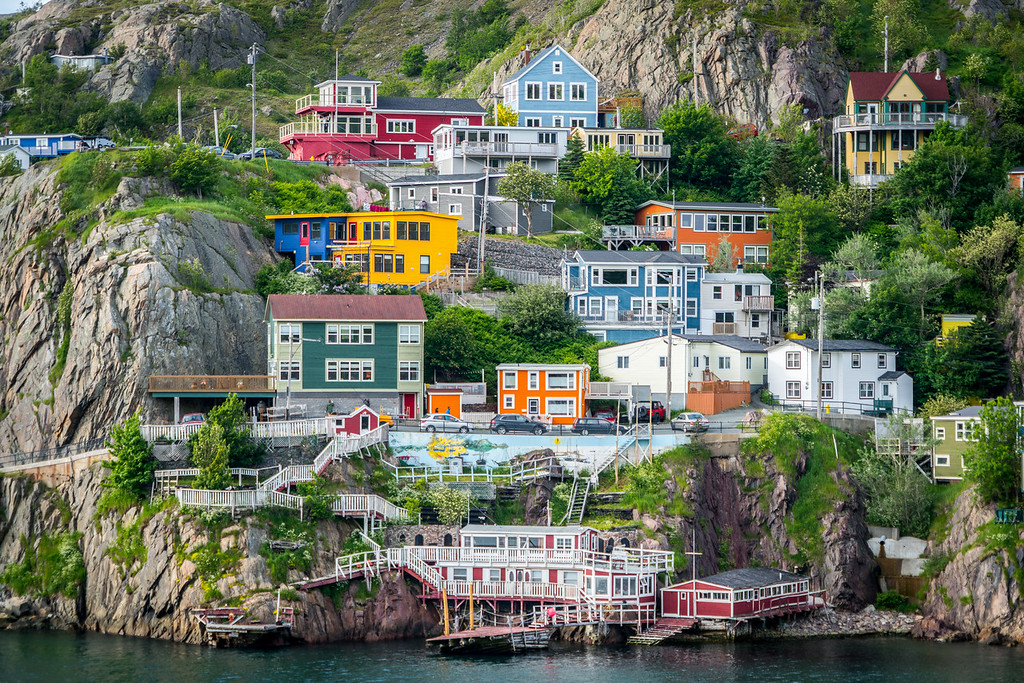 After a surprisingly pleasant five-hour ferry ride from North Sydney, Nova Scotia, I arrived on the shores of Newfoundland. Labrador and Newfoundland is one of Canada’s four Atlantic provinces, and it drips with beauty largely thanks to its location on the Atlantic Ocean. This is an interesting place with an interesting history. Here are some facts about Newfoundland you might not know:

1. Newfoundland used to be an independent country.

In 1907, Newfoundland was given dominion status by the UK along with New Zealand, Australia, and Canada. It remained on an equal status until 1949, when it joined the Canadian confederation.

On the ferry over, we were told by a native Newfie how to pronounce the word. You can know the correct pronunciation by following a simple rhyme: understand Newfoundland. The “land” part is pronounced like “land,” not “lund”.

3. It used to be the location of the world’s busiest airport.

Back in the day, most airplanes couldn’t make a transatlantic flight from New York to London without refueling. Newfoundland was the closest bit of North America to Europe, so it’s where most planes stopped. Gander International Airport is located almost exactly on the great circle route from New York to London, which is why it was the busiest in the world in the 1950’s. Its airport code, YQX, would make a great Scrabble word if they let you use airport codes.

Bonus fact: Gander International rose to prominence once again the week of September 11, 2001, when American air space closed in the wake of the attacks on the World Trade Center and the Pentagon. Although flights across the world were canceled, those already in transit were forced to land in Canada—and for many of those flights, it meant landing at Gander International Airport, due to space constraints at other airports, as well as fuel concerns for transatlantic flights. All told, roughly 6,700 passengers and a total of 38 planes landed at Gander that day, far overwhelming the tourist capacity of a small, 9,000 person town with just 500 hotel rooms. Those passengers would spend four days in Gander, and the uncommonly beautiful welcome the “Plane People” were given is now the story of the hit Broadway musical “Come From Away.” The book “The Day the World Came to Town: 9/11 in Gander, Newfoundland” is also a phenomenal account of Gander’s unique role in the aftermath of September 11th.

4. It is officially called Newfoundland and Labrador.

Formerly known as just “Newfoundland” when it was a colony, dominion, and province, in 2001 they officially changed the name to Newfoundland and Labrador to reflect the larger chunk of land on the continental mainland. The Canadian constitution was amended to make this happen.

5. Newfoundland has its own time zone.

Being in your own time zone isn’t that big of a deal, but the time zone on the island is one of the rare time 30 minute time zones—yep, it’s not on the hour mark like most countries, instead if you visit Newfoundland you will be living 30 min ahead of Atlantic time and 90 minutes ahead of eastern time.

6. 94% of the population lives on the island of Newfoundland.

Even though Labrador has twice the area and is connected to the mainland, almost everyone lives on Newfoundland island. In fact, almost half the population of the entire province is in the capital, St. John’s.

7. The first known European presence in North America was here.

Yep, Christopher Columbus wasn’t the first European in North America (and did you know he likely landed in the Bahamas anyway!). The honor of the first known European presence in North America belongs to the Vikings. L’Anse aux Meadows, at the very northern tip of the island, was the location of a Viking colony that was discovered in 1960, and it’s believed that the settlement was founded around 1,000 years ago. This spot is so important that it was named a Canadian UNESCO World Heritage Site in 1978.

8. The only known case of Germans landing in North America during WWII was in Newfoundland.

On October 22, 1943, German submarine U-537 landed on Martin Bay in the north of Labrador and set up a remote weather station. After the war, this spot was completely forgotten and wasn’t visited again until 1981.

Plan a Trip to Newfoundland:

Newfoundland Travel Guide: Our free guide covers everything you should know about booking travel to the Newfoundland—what you should do once you’re there, as well as where to stay and more.

Where to Stay in St. John’s: We’re partial to Sandman Signature St. John’s Hotel on a mid-range budget, the Luxus Boutique Hotel for a beautiful splurge, and M and D BnB offers a fantastic ratio of amenities-to-price for those on a budget.

Navigate the Island: Being an island, your best bet is to either rent a car for land excursions, or join one of the many a fantastic land and boat tours in the region.

20 thoughts on “8 Interesting Facts About Newfoundland”