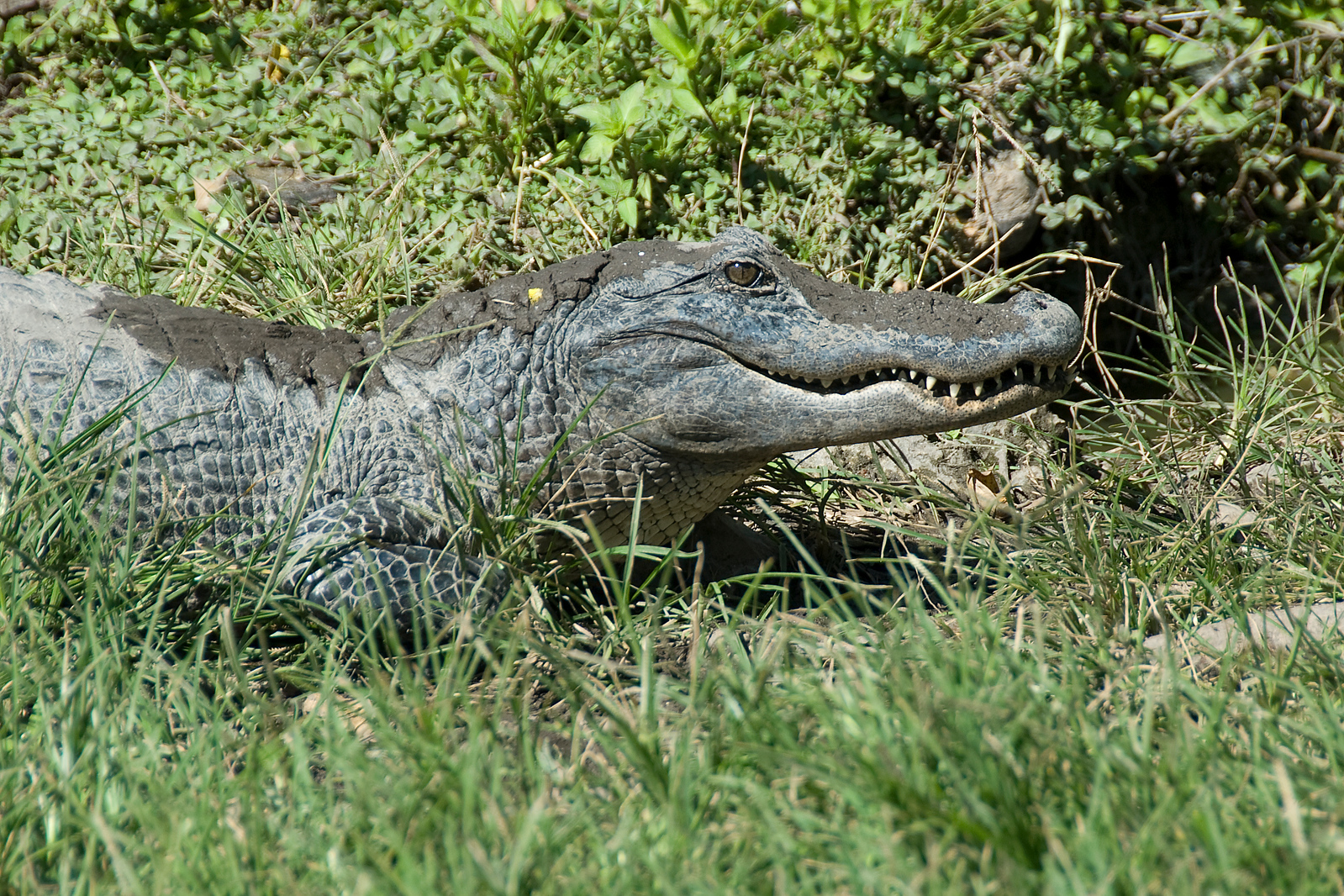 From the World Heritage inscription for Everglades National Park:

Everglades National Park is the largest designated sub-tropical wilderness reserve on the North American continent. Its juncture at the interface of temperate and sub-tropical America, fresh and brackish water, shallow bays and deeper coastal waters creates a complex of habitats supporting a high diversity of flora and fauna. It contains the largest mangrove ecosystem in the Western Hemisphere, the largest continuous stand of sawgrass prairie and the most significant breeding ground for wading birds in North America.

It is amazing how abruptly the urban Miami area ends and how fast the Everglades begins. The Everglades is a sea of grass and if you visit, you will not have difficulty finding the star of the park: the alligator. I saw dozens of alligators sunning themselves on bike paths and in the water near the road. Despite their appearance, they really pose no threat to humans. If you are ever in South Florida, take a day to visit the Everglades as it is the premier natural attraction in the state.

Everglades National Park is a national park in Florida that is managed by the US National Park Service. This park covers more than 1.5 million acres of natural features; despite that, the park only covers 20% of the entire Everglades. It was designated as a natural UNESCO World Heritage property in 1979 and currently has nearly 1 million visitors per year. It was listed as one of the UNESCO World Heritage Sites in Danger in 1993 to 2007 until it was lifted. However, it was added back into the list in 2010 and is still presently considered in danger.

There are two entrances that you can travel through in order to get to the Everglades National Park. The southern entrance to the park is via Ernest F. Coe Visitor Center. It is located at 40001 State Road 9336 in Homestead, Florida. To get to the south entrance from Miami, you must drive for approximately 1.5 hours.

Here are a few things you need to know about the Everglades National Park in Florida:

When the Everglades National Park was listed as a UNESCO World Heritage Site, it was primarily to protect the ecosystems found within the park’s premises. Due to the fast rise in urban development and modernization in Florida, particularly in the cities surrounding the park, it was established as a national park in order to preserve and protect the constantly shifting ecosystem. It was the first time (when this park was established) wherein a park was created to protect flora and fauna species that were unique to the region rather than preserving a specific geologic phenomenon.

Indeed, there are five different habitats that are comprised within the expanse of the Everglades National Park: Mangrove, Pineland, Hammock, Slough and Sawgrass. There are many wildlife species that thrive within the grounds and ecosystem of the park, however, the famed Florida alligator is the one that tourists are most curious to see. These are dangerous and elusive creatures, which is why all tourists are advised to follow safety protocols during tours and when exploring the park.

The Florida alligator isn’t the only wildlife species that call the park home. There are also the following wildlife species: Florida Panther, America crocodile, white-tailed deer, manatees, and bobcats.