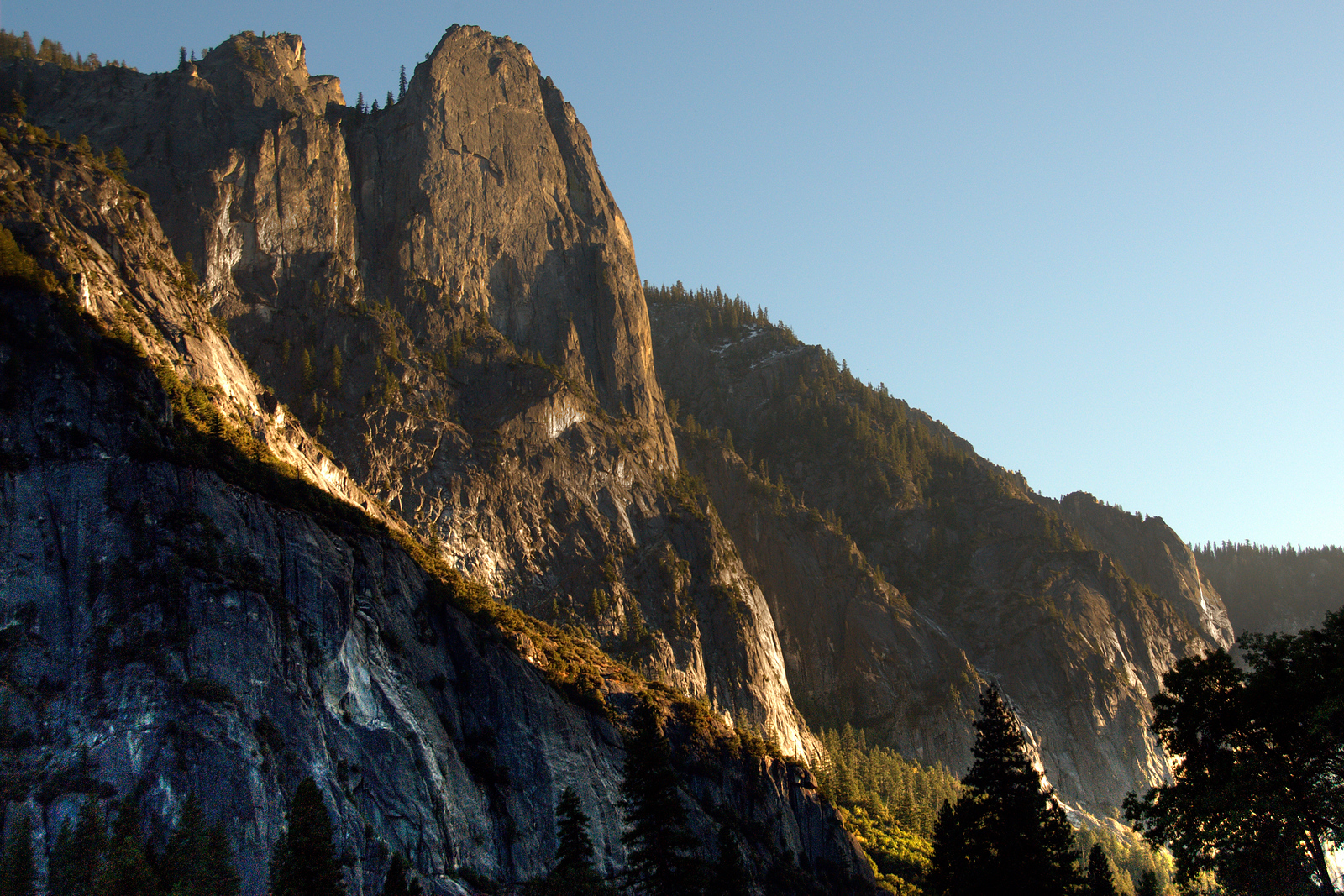 Yosemite National Park is a unit of the U.S. National Park Service and a UNESCO World Heritage Site. It was inscribed into the UNESCO list in 1984 for its natural importance. The park spans three counties in Northern California with over 3,000 square kilometers in land area. Since it was established as a national park in 1890, Yosemite National Park gets an annual number of more than 5 million visitors.

The Yosemite Valley and part of the Sierra Nevada mountain range form the majority of the park. This park is internationally recognized for its unique geological features, including granite cliffs, clear streams, mountains, glaciers, giant sequoia groves, waterfalls, and its rich biological diversity.

From the World Heritage site for Yosemite National Park:

Yosemite National Park lies in the heart of California. With its ‘hanging’ valleys, many waterfalls, cirque lakes, polished domes, moraines, and U-shaped valleys, it provides an excellent overview of all kinds of granite relief fashioned by glaciation. At 600–4,000 m, a great variety of flora and fauna can also be found here.

There are a rich and diverse number of things to do in Yosemite National Park, and all of them involve finding ways to admire and enjoy the beautiful nature and history on display throughout the park.

The park was recognized by UNESCO for its showcase of how glacial erosion on granitic bedrock can result in one of the most unique geological features in the world. These glaciations took place over millions of years in order to produce what’s currently visible in the park, as well as unique formations such as free-flowing waterfalls, domes, and soaring cliffs.

Yosemite is also home to five of the highest waterfalls in the world. In addition, there are three groves of giant sequoia within the park. This is one of the alpine meadows, deeply incised valleys and the diversity of life zones within its protected property. Roughly 5% of the landforms within the park were derived from volcanic and sedimentary rocks from the Sierra Nevada mountain range.

The Yosemite Valley might consist only of one percent of what the park has to offer, but it is also the most popular spot for tourists to visit. Hence, it speaks a lot about the magnitude of this park in terms of size and features. The Tunnel View is the most iconic view of the valley for visitors who visit the park. It is also the most photographed part of the park. El Capitan is another notable attraction in Yosemite National Park. It is a granite cliff that prominently looms over the Yosemite Valley. It is also a popular destination for avid rock climbers.

Before you visit the Yosemite National Park, here are some practical tips and information you need to know:

Yosemite National Park is home to many wildlife creatures and species. In fact, it is home to as much as 400 animal species. Among the most notable wildlife species that inhabit the park include mule deer, foxes, black bears, and other mammals. Meanwhile, bighorn sheep inhabit the higher parts of the park, near the Sierra Nevada mountain range.

In addition to the aforementioned wildlife species, there is also a significant amount of bird population within the park. You might be able to spot great gray owls and California spotted owls during your visit.