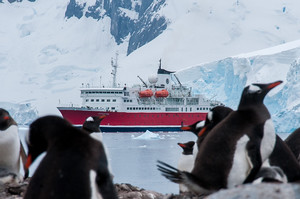 As 2012 comes to a close, I thought I would give an overview of my last year of travel. Rather than giving a month-by-month summary of everything, the math major in me thought it would be interesting to look at the numbers I racked up this year.

This was an especially intensive year of traveling for me. So much so that I have no desire to do it again. It has fundamentally changed how I’m going to go about traveling in the future. I have put on more miles in 2012 than I have in several of the previous 5 years combined.

Without further ado, here is the numerical summary of my 2012!

I made it to every continent this year. Probably something I’ll never do again. It was interesting to say I visited all 7 in one year (8 months actually), but not something I have any desire to repeat. I only know of one other person who has done that, and he runs one of the biggest adventure travel companies in the world. I am unofficially dubbing this accomplishment “The Big Year” for travel.

(I am not including layovers in Japan, Singapore, Germany or France. I also visited Ceuta and Lord Howe Island which are on the Traveler Century Club list of places.) I also visited both New South Wales and Victoria in Australia.

Oddly enough, list the list UNESCO sites I haven’t visited is larger at the end of 2012 than it was at the beginning because they created over 20 new ones this year. 2 of the sites (Palau and Bali) were places I visited in 2007/8 and were just put on the list this year, so I actually only visited 15 even though my list went up by 17. This wasn’t a great year for UNESCO sites for me because I visited many places that had few or no sites. I’m going to try to visit more in 2013.

TripIt says I flew over 224,000 miles, but their calculator doesn’t work well for people like me without a real home base. I also estimate I flew an additional 20,000 miles on flights where I didn’t get points credited or on airlines that are not part of an alliance. I don’t have enough to get automatic elite status on Delta for 2013, but I can get it if I fly 4,000 miles by the end of February. I also estimate I traveled another 15,000 non-flying miles. Most of those came from my 18 day trip to Antarctica and the 2 week photography tour through the American Southwest.

2012 was brutal. I don’t want to get into the habit of flying this much. I spent too much time in airplanes and not enough time on the ground.

In 2013 I might actually visit more countries, but that will be due to a big trip to the Caribbean I am planning. Lots of little islands with very short flights.

Outside of the Caribbean trip, I’m planning to spend more time in fewer places. That will almost certainly mean losing elite status on one or more airlines, but that is something I’m more than willing to sacrifice.