From the Medina of Tetouan World Heritage inscription:

Tétouan was of particular importance in the Islamic period, from the 8th century onwards, since it served as the main point of contact between Morocco and Andalusia. After the Reconquest, the town was rebuilt by Andalusian refugees who had been expelled by the Spanish. This is well illustrated by its art and architecture, which reveal clear Andalusian influence. Although one of the smallest of the Moroccan medinas, Tétouan is unquestionably the most complete and it has been largely untouched by subsequent outside influences.

I made a brief trip into Morocco from the Spanish city of Ceuta to visit Tétouan. Located in the northern part of Morocco, it can be thought of as the African counterpart to the cities in Spain with Moorish influences.

The medina was a bewildering maze of shops and homes. If I didn’t have a guide with me, I probably never would have found my way out.

Getting to Tetouan isn’t hard. It was only a 30-minute drive by taxi from Ceuta and there are plenty of taxi drivers who will take you there. Payment in Euros is accepted.

Visiting Tetouan has whetted my appetite for exploring more of Morocco. 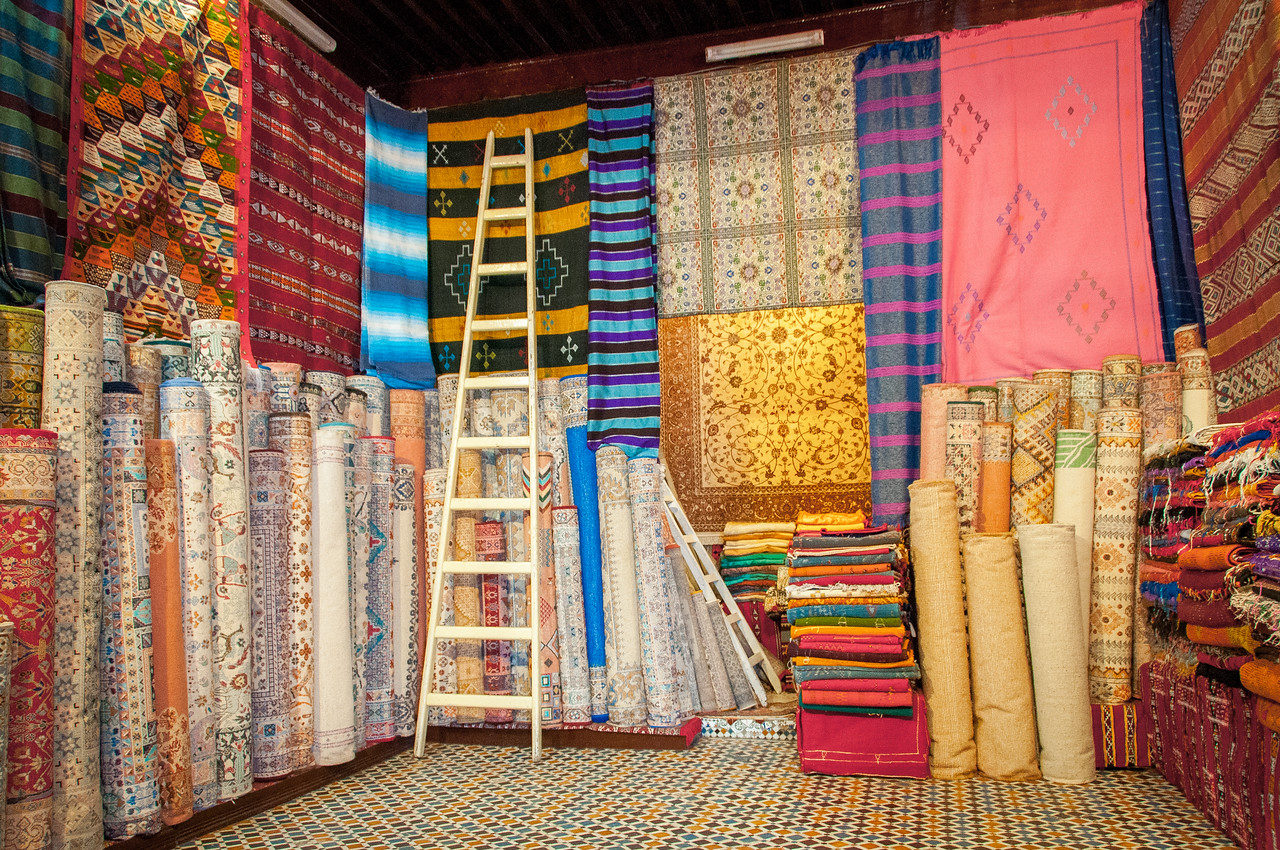 The Medina of Tetouan is a cultural UNESCO World Heritage Site in Morocco. It was inscribed in 1997 and belongs to the province of Tetouan. This medina is located in a city in the northern part of Morocco. It is one of two Mediterranean Sea ports. Hence, it also plays a huge part in the economic growth in the region.

Tetouan was the capital for the Spanish protectorate in Morocco in 1913. It retained that status until 1956 when Morocco regained its independence. This also explains why Spanish and French are highly spoken in this city due to its colonial ties and history. Even though Islam is the primary religion in the city, there is also a large Jewish and Christian community.

About Medina of Tetouan

The Medina of Tetouan is an important cultural site in Morocco. This part of the city was rebuilt following the reclamation of this city from the Reconquista. It was the refugees who helped to rebuild this city in the 15th century. This part of Morocco was once ruled by the Spaniards. Hence, it was once known for its privacy and seclusion at some point in history. In fact, the Spaniards built walls and enclosures with houses during their colonial rule.

Another cultural importance of the Medina of Tetouan is from the 8th century onwards, which was also known as the Islamic period. This was the main point of contact between Morocco and Andalusia in Spain. This is due to the strategic location of Tetouan, which is opposite the Straits of Gibraltar. Hence, it was possible for two civilizations to remain in contact with each other despite being located on two different continents.

The refugees that helped rebuild this city were expelled by the Spanish authorities from Andalusia. This explains why the art and architecture at the Medina of Tetouan have a strong Andalusian influence. Even though this is the smallest out of all medinas in Morocco, this is the most complete of them all. In fact, experts believe that the medina is pretty much how it looked by the time it was rebuilt by the Andalusian refugees.

In terms of the authenticity of the UNESCO site, the Medina of Tetouan and its urban layout has remained intact. The surrounding walls, gates and fortifications have been preserved from the 18th century until today. Hence, the original configuration and the materials used were still present at the medina. One testament to its town planning that had Andalusian influence was depicted by the hierarchy of streets and how the various sectors of the town were divided amongst each other (for example, the residential, commercial and artisan areas were separated clearly). Meanwhile, many of the monuments in the Medina of Tetouan that were built during the time of the reclamation were left intact such as the fountains, historic silos, hammams, ovens, and zawayas. The same goes with the houses; most of them are still standing until today.