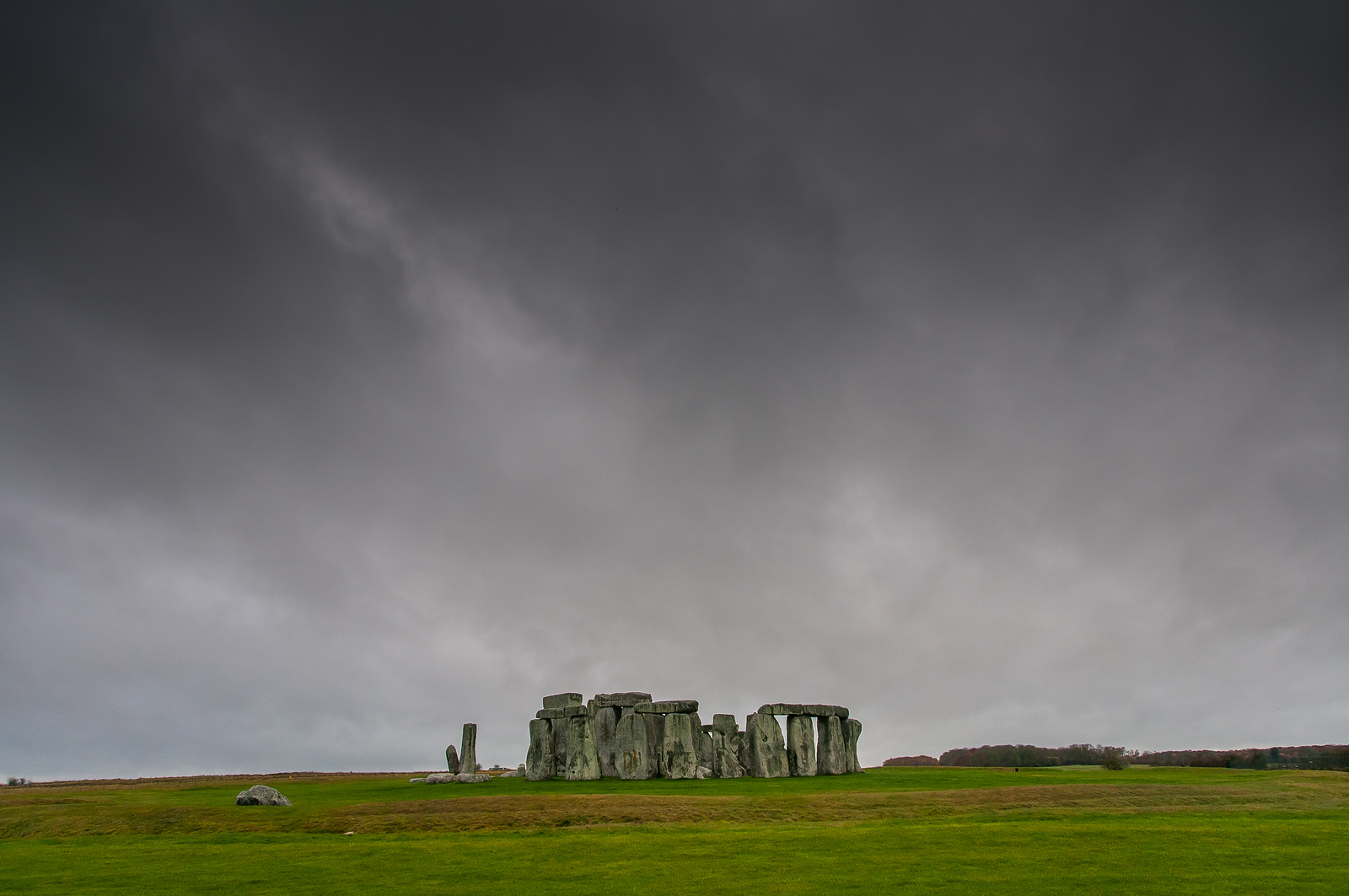 From the Stonehenge, Avebury and Associated Sites World Heritage inscription:

The Stonehenge, Avebury, and Associated Sites World Heritage property is internationally important for its complexes of outstanding prehistoric monuments.

It comprises two areas of chalkland in Southern Britain within which complexes of Neolithic and Bronze Age ceremonial and funerary monuments and associated sites were built. Each area contains a focal stone circle and henge and many other major monuments. At Stonehenge, these include the Avenue, the Cursuses, Durrington Walls, Woodhenge, and the densest concentration of burial mounds in Britain. At Avebury, they include Windmill Hill, the West Kennet Long Barrow, the Sanctuary, Silbury Hill, the West Kennet and Beckhampton Avenues, the West Kennet Palisaded Enclosures, and important barrows.

Stonehenge is unquestionably one of the most recognizable landmarks in the world. There are few people who can’t immediately recognize it from a photo. It is often placed on lists of world wonders and was even commemorated in song by Spinal Tap.

The actual site of Stonehenge wasn’t quite what I expected. There is a road that passes surprisingly close to it, but you never actually see it in photos. Also, the impression of large megalithic blocks is somewhat toned down by the fact that you can’t actually get close to the stones anymore. You can only walk around the structure at a distance.

As I write this in December 2012 they are in the process of replacing the current visitor center and removing the road which passes by. By 2014 the entire area should be a green pasture with the visitor center about a mile away, out of sight.

Stonehenge can easily be visited by day trip from London. You can often find trips that will take you there for £30, not including admission.

The Stonehenge, Avebury and Associated Sites is one of the most recognizable tourist attractions in England. It is also a cultural UNESCO World Heritage Site known for its prehistoric and archaeological value. It was inscribed by UNESCO as a World Heritage Site in 1986.

The Stonehenge, Avebury and Associated Sites is a group of prehistoric megalith monuments. It is considered as the most important monument of its kind in the world. According to archaeological experts, these megaliths have been dated back to c. 3700 and 1600 BC. The megaliths are associated with the funerary and ceremonial practices that were done in Britain during the Neolithic and Bronze Age.

About Stonehenge, Avebury and Associated Sites

It is therefore important to look closer into each location to have a better understanding of these cultural monuments and their heritage value:

The Stonehenge monuments are one of the most significant megaliths in the world, but also for the culture and heritage of England. It is located in South Wiltshire and spans up to 26 square kilometers in land area. The prehistoric monument of Stonehenge is the main feature of this WHS. The ownership of this monument is divided between various organizations including the National Trust, Wiltshire Council, and the English Heritage.

The associated monuments in Stonehenge represent the most architecturally sophisticated stone circle from the prehistoric times. This also represents the highest concentration of Neolithic and Bronze Age monuments found in England. There are several burial mounds and a processional route within the axis of this complex of monuments. In fact, some experts claim there is an astronomical character to how these structures were built.

The Avebury associated monuments were dated back to 2600 BCE. It also holds the same level of importance as the monuments found within Stonehenge. In particular, this component of the World Heritage Site features 3 prehistoric stone circles (one of them is the largest of its kind in the world). The main stone circle is measured at 331.6 meters in diameter.

The monuments that belong to this part of the World Heritage Site are as follows: Avebury Henge, Windmill Hill, Beckhampton Avenue, West Kennet Avenue, The Sanctuary, West Kennet Long Barrow, and the Silbury Hill.

Want to visit Stonehenge, Avebury and Associated Sites in England? Here are some tips to help you prepare for what is to expect: