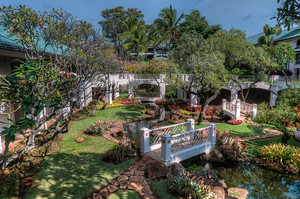 I stay in a lot of different hotels. A LOT of hotels. They range from 5-start luxury hotels to youth hostels. Some I pay for myself (aka the cheap ones) and others are provided by tourist boards (aka the nice ones).

The majority of the places I stay at all sort of blur into one another in my memory. There is nothing about them which makes them stick out and I often forget where I even stayed in a given city. However, there are a few places which I do remember.

I don’t do hotel reviews, so I’m not claiming that these properties are the “best” nor am I giving them any sort of rating. I’m also not saying that the hotels not on the list weren’t any good. These hotels just had something about them which made them stick out in my mind. Sometimes it was the view, sometimes it was the history of the building and other times it might have been the service.

You will notice that these properties are also all over the map. I’ve included 5-star resorts, youth hostels, business hotels and even a truck stop. The hotels are listed in chronologically, in the order in which I stayed in them in 2011.

The Lodge at Koele, Lanai, Hawaii 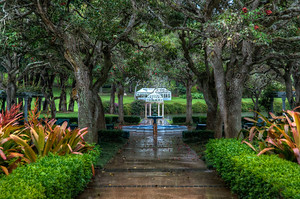 In terms of the physical grounds of the hotel, the Lodge at Koele might be the most beautiful hotel I’ve ever stayed at. The landscape has an Asian feel to it with a pagoda on the grounds as well as ponds and a stream. Across the road from the hotel is a horse pasture and the road leading up to the hotel is lined with Cook Island pines. The building is also wonderful, having the feeling of the lodges you will find in American National Parks. It reminded of the Lake MacDonald Lodge in Glacier National Park and the Old Faithful Inn in Yellowstone. It is one of two Four Seasons hotels on the island. I preferred the lodge over Manele Bay because of the grounds and because it didn’t feel like I was at a resort.

Travaasa (Formerly Hotel Hana), Hana, Hawaii
Since I stayed here they changed their name from the Hotel Hana to the Travaasa. The property is in an amazing location right on the shore in Hana. If you haven’t been to Hana, getting there is half the fun. I ranked the Hana Highway as my second favorite drive in the world. It takes 3 hours to go 40 miles, but the drive is spectacular. What really struck me about the hotel were the bungalows. Each had a great view of the ocean looking due east, which means you are in a perfect position for the sunrise. The bungalows were very spacious and airy. I spoke with the hotel manager while I was there and they have some major changes to the property in store. This includes wifi in the bungalows (this is the only hotel on my list that didn’t have internet in the rooms), solar power for each cottage and more green improvements. The hotel is also within walking distance of the red sand beach, which I also listed as my second favorite beach in the world.

The Hotel Jalta is a boutique hotel has several unique things going for it. First, it has a great location, situated on Wenceslas Square in the heart of Prague. You are within walking distance of most major tourist attractions in the city. Second, it is an good example of Socialist Realism architecture. It isn’t obvious anymore with the modern interior, but if you look closely you will see it. I didn’t see much of this type of architecture in Prague. The thing which really make this hotel stand out in my memory was in the basement. There you will find a bomb shelter from the communist era that was designed to be used by Warsaw Pact generals in the event of a Nuclear War. The bomb shelter has full medical, dining and sleeping facilities. You have to ask for a tour, but it is one of the best kept secrets in all of Prague. 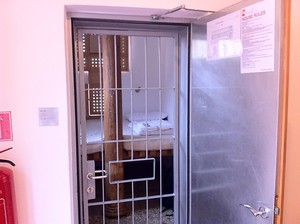 The Hostel Celica is a converted communist era prison. They didn’t just covert the prison into a hostel, they keep the feel of the prison by giving many of the rooms the look of prison cells. The room I stayed in literally had bars on the door like a real prison cell. In addition to the prison look and feel, you will also find the names of the prisoners who confined to each cell. The hostel is within easy walking distance of both the bus/train station as well as the Ljubljana city center.

If you want to know why the Aigua Blava (blue water in Catalan) hotel stood out in my memory, just look at the photo to the left. That was the view from my window. It was a textbook image of what you expect a Mediterranean costal village to look like. The hotel is very popular with British tourists who come to the Costa Brava region. The owner of the hotel recently published a book of letters from one man in the UK who tried to get a room for over 20 years, but was never able to. Every year he would write requesting a room and it was always booked full. If you are in the Costa Brava region north of Barcelona and would like to book a stay at the Aigua Blava, keep this in mind and book as early as possible. 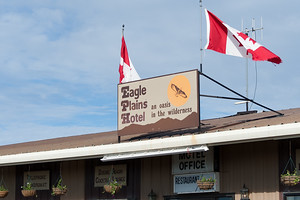 The Eagle Plains Hotel is the furthest thing from a luxury hotel you can find. In fact, it is probably the furthest hotel from any other hotel I’ve ever stayed at. It is located on the Dempster Highway in the Yukon Territory of Canada about 12 miles below the Arctic Circle. It is so far north, their satellite dish points almost directly towards the horizon. It is the only hotel you are going to find in the entire Yukon Territory north of Dawson City. It isn’t much more than a motel/truck stop for truckers who are hauling goods up to Inuvik, NWT.

The Gran Hotel Bahía del Duque in Tenerife is probably the nicest hotel I stayed at in 2011. What set it apart wasn’t just luxury but the fact that it didn’t seem like a hotel at all. The property was laid out like a village. Each of the several restaurants on the site was in their own building. It was so big that I had to take a golf cart to get to dinner one evening. The layout reminded me of the village from the 1960’s TV series “The Prisoner”. The problem I have with so many resorts is that the size of the hotel often seems overwhelming. I didn’t get that feeling at all at the Gran Hotel Bahía.

Hotel Indigo, Liverpool, England
The Hotel Indigo in Liverpool is everything I’d want in a business hotel. The rooms are affordable, starting at around £70/night. The location is excellent, within walking distance of the Liverpool waterfront and city center. The room was modern and the furnishings were new. The two things which really sold me, however, were the free wifi and free minibar. In many similar European hotels (I’m looking at you Ibis), you have to pay for wifi. The free minibar was really going beyond the call of duty.

There is a growing trend in many large cities towards pod hotels. I don’t know if the citizenM Hotel would call themselves a pod hotel, but in my mind they fit into that category. It is similar to The Jane or The Pod, both of which are in New York City. The rooms are small, but they don’t feel small. The bed and the window go from wall to wall which makes the room feel larger than it is. There is a prefabricated bathroom module in each room which covers all the necessities. This is the sort of hotel I wish I would see more often. I’d almost call it a luxury hostel. It is small and affordable like a hostel, but the rooms are nice and you don’t have to sleep in a dorm.

Clink 78, London, England
This is a hostel in the purest sense of the word. They have tons of beds, cater to backpackers, you have to take care of your own sheets, etc. At £15/night in London you can’t go wrong. Like the Celica in Ljubljana, it is a converted courthouse and jail. The internet cafe inside is the actual courtroom. You can use your computer on the desk where the judge sat, or in the dock for the accused. I haven’t stayed at many hostels in London, but what I liked about Clink 78 was its proximity to the King’s Cross/St. Pancras Station. Because it is so close to where the Eurostar boards, you will find a LOT of French tourists there. I heard more French spoken by the guests than I did English. They also have a pub on site which stays open until 2am.