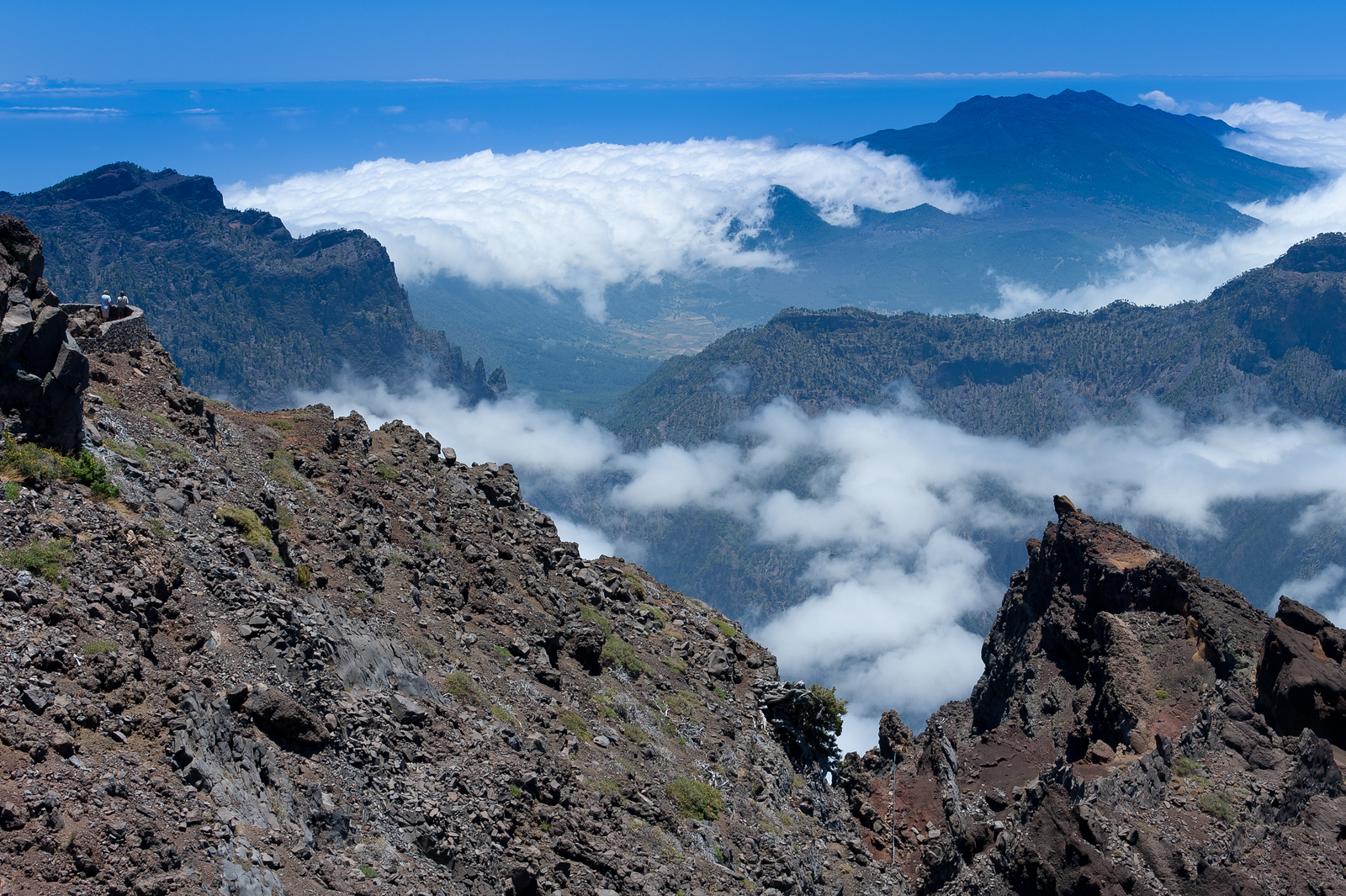 The Canary Islands are a unique part of Spain. Geographically part of Africa and politically part of Europe, this small island chain is unlike anywhere where else in Spain or the EU. In addition to being different from the rest of Spain, the islands are all different from each other as well—sometimes having radically different landscapes and geographies. Given that these islands are different than anything you’ve imagined, let’s dive into 17 interesting tidbits and facts you likely didn’t know about Spain’s Canary Islands.

1. They were NOT named after canary birds!

Despite the name, the islands were not named after canaries, the cute, chirping birds. The name comes from the Latin word for dog, “canaria.” One story is that when some of the first Europeans arrived, they found large dogs on the island of Gran Canaria. In fact, these islands might not even be named after dogs at all, but rather after seals that used to inhabit the island, which the Romans called “sea dogs.”

2. They have the highest point in Spain.

Despite having the Pyrenees mountains located in the north of the country, the highest point in Spain is actually on the island of Tenerife. El Teide is 3,718m (12,198ft) high. There are other tall peaks in the Canaries as well, including Roque de Los Muchachos on the island of La Palma 2,400 m (7,874 ft). This mountain is of note because it is home to one of the largest collection of astronomical telescopes in the world, including the world’s largest telescope—the 10.4m Gran Telescopio Canarias. The high volcanic mountains that sit above the clouds make it similar to the observing conditions you can find in Mona Kea in Hawaii.

At the outbreak of the Spanish Civil War in 1936, Francisco Franco was the General Commandant of the Canaries, headquartered in Las Palmas, on Gran Canaria island. He and his minions plotted their strategy here in the Canaries—out of sight and mind of the rest of Spain—before moving to the continent.

4. You can cook food over a volcano.

As mentioned above, the Canary Islands are volcanic in origin. While there are no volcanoes currently erupting on the island, there was a great deal of activity on the island of Lanzarote between 1730 and 1736, when over 100 volcanoes appeared on the landscape. The last eruption was in 1824, but there is still a significant amount of heat just below the surface. If you enter Timanfaya National Park, you can visit El Diablo Restaurant where they have several demonstrations showing the heat just below the surface. In one demonstration, they toss straw into a hole—it promptly bursts into flame due to the heat. In another, they pour water down a whole, which instantly turns into a tower of steam. At the restaurant, there is a 9m hole was which was dug to access the heat, the top of which is used as a grill. The temperature of the grill reaches 400C and uses no energy.

5. The islands were colonized concurrently with the Americas.

While the Canary Islands were known to the ancient Romans and Greeks, they never really grabbed the attention of Europeans until they began to sail across the Atlantic to the Americas. Columbus used the island of La Gomera as a staging point for his first trip to the Americas. Most of the older buildings you can find in the islands—especially in the city of La Laguna—are very colonial in style. Unlike the Americas, however, the Canary Islands were not a colony but an actual part of Spain, which they remain to this day.

6. The city of San Antonio, Texas was founded by people from the Canary Islands

If you remember the Alamo, then you should also take a second to remember the Canary Islands. The city was originally founded by settlers from the Canaries and their descendants died fighting alongside Jim Bowie and Davy Crockett. The founder of the city of São Paulo, Brazil is also from the island of Tenerife. If you’re keen to learn even more this unique fact, you won’t find a better book than The Canary Islands Migration to Louisiana, which thorough covers this fascinating chapter in both Texan and Canary Island history.

7. It is home to a whistling language

On the island of La Gomera, there is a language used to communicate over the large distances across valleys called “Silbo Gomero.” As technology changed the ease in which people could communicate, the language was in danger of dying out in the 20th Century. The government took measures to teach the language to children in school. The whistling is actually just a form of Spanish and it’s primarily used for announcements and news, not for personal conversation. It was listed as a “Masterpiece of the Oral and Intangible Heritage of Humanity” by UNESCO in 2009.

8. The Canary Islands had the world’s worst airline disaster.

The world’s worst aviation accident occurred on the island of Tenerife on March 27, 1977, when two Boeing 747’s collided on a foggy airport runway. A staggering 583 people were killed when KLM Flight 4805 hit Pan Am Flight 1736 during take-off. Neither plane was supposed to be on Tenerife, but they were diverted from Gran Canarias when a bomb was detonated on the runway. The airport had many more aircraft than it could handle, and couldn’t fit all the planes at the gates. An investigation after the event by Spanish, Dutch, and American teams concluded that a host of problems led to the disaster, including language, not knowing where the planes were, casual terminology, and pilot error. The accident led to a host of changes in how plane crews and flight control towers talk to each other to avoid misunderstanding.

9. The Canary Islands has two capitals.

The province of the Canary Islands has capitals on the two largest islands of Tenerife and Gran Canaria. Santa Cruz on Tenerife and Las Palmas on Gran Canaria are both jointly considered the capitals of the province. The Canary Island Parliament sits in Santa Cruz. The two capitals date back to when the islands were two different provinces of Spain, with each city serving as capital. When the provinces were merged, they both continued to hold the title of capital.

10. Tex-Mex cuisine can trace its roots back to the Canary Islands.

11. The Canary Islands has its own form of wrestling.

12. The water in Lanzarote’s El Golfo crater is green.

The El Golfo crater is a volcanic crater on the shore of the island of Lanzarote. Inland just a few meters from the coast is a pool of water that has developed a green hue. The green comes from an algae living in the salt water in the pool. The water in the pool is still connected to the ocean via underground fissures, which keeps the water at sea level, and ensures that the pool does not evaporate away.

13. The Canary Islands has been a filming location for many Hollywood movies.

14. Lanzarote has some of the oddest vineyards in the world.

Lanzarote is a volcanic island that has almost no soil or natural vegetation. To grow grape vines there takes quite a bit of effort. Unlike most vineyards, where vines are planted in rows, on Lanzarote each vine is placed in a small depression with a semicircular wall of lava stone around it to protect it from the wind. The plants take root in the lava rock, where they get water from the moisture that condenses on the rocks.

15. The Canary Islands used to be home to a species of giant lizards.

Prior to humans settling on the islands, there were lizards called the giant Gallotia, which were about the size of a modern-day monitor lizard. There are Gallotias on the island today, but they are much smaller relatives of the original giant lizard.

On July 22, 1797, Horatio Nelson led an amphibious landing to attack the port of Santa Cruz on the island of Tenerife. The attack was a disaster for the British. The attack was repulsed with 250 British dead and 128 wounded, versus only 30 Spanish dead and 40 wounded. When Nelson was shot in the arm, he was rowed back to his ship, where he famously said, “Doctor, I want to get rid of this useless piece of flesh here.” The arm was removed and thrown overboard. Every year till this day, the people on Santa Cruz celebrate the battle.

17. The Canary Islands is home to three of Spain’s UNESCO World Heritage Sites.

There are currently three world heritage sites in the Canary Islands, located on the islands of Tenerife and La Gomera. They are:

Best Books About the Canary Islands:

30 thoughts on “17 Interesting Facts About the Canary Islands”