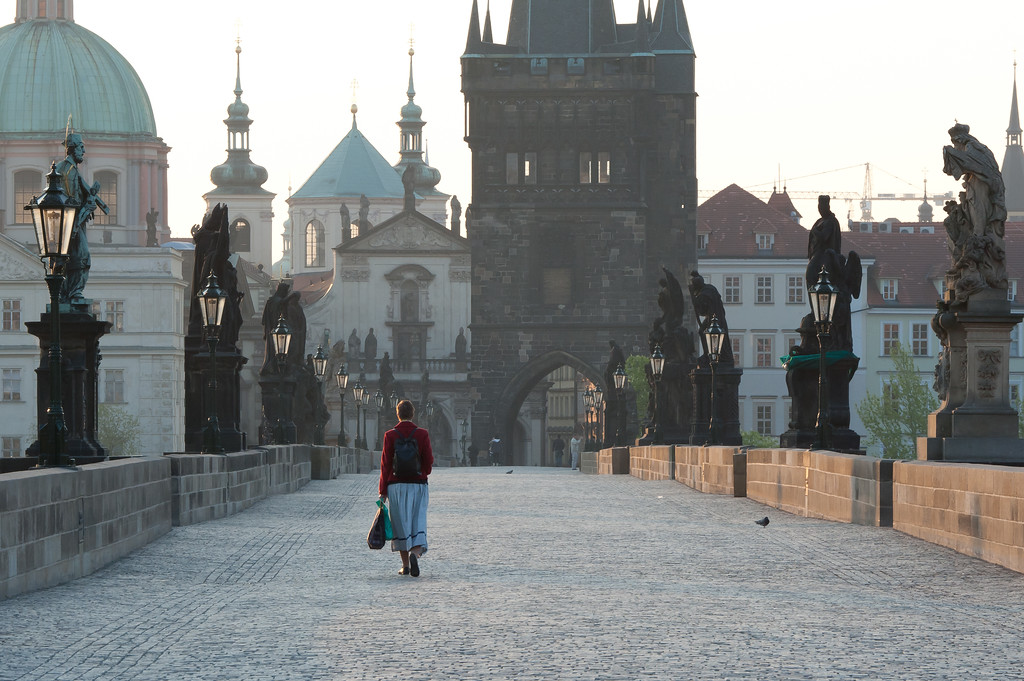 Prague is the capital city of the Czech Republic; it is also the country’s largest city. Over the last few years, travel to Prague has surged in popularity knowing that this city is one of the best-preserved sites in Europe. The medieval churches and bridges, the historical statues, and the magnificent skyline combine to making this the ultimate romantic destination in Europe. No wonder it continues to draw tourists in!

The historic Old Town when you travel to Prague is the best place to go sight-seeing. The city plan in this part of town has been preserved since it was laid out about 1,000 years ago. Hence, walking these alleys and paths seem like entering into a time capsule. And this is the very same reason why tourists love to travel to Prague.

Many tourists who have been to Prague compare its beauty to that of Paris. And that cannot be denied. The history is part of what makes this city as interesting as it is. The urban explorations are what most of modern tourists look forward to when they travel to Prague. The city is filled with a maze of cobbled stone paths and hidden courtyards. Hence, you can aimlessly wander about and discover a thing or two along the way. In fact, the alleys and streets will beckon you to explore further. Some of the best neighborhoods to explore in Prague are Bubenec and Vinohrady. Make sure to stop by them!

Prague is famous for its spires, Charles Bridge and romantic and historical statues, but not too many tourists are aware that they have some of the best beers in Europe. Since Pilsner was innovated in 1842, Prague has been known for producing the finest beers in the world. A few other famous beer brands originate from and are made in Prague.

The vast amount of things to see and do in Prague has drawn tourists to this city. In fact, when you visit during the peak seasons (such as spring and summer), you will find a horde of tourists exploring top-rated attractions such as the Charles Bridge. In fact, it is impossible to take photos of Charles Bridge nowadays without tourists flocking it!

Even though you can travel to Prague all year round, some months are busier than the others. The peak season in Prague are during Christmas, Easter and summer holiday months. It is best to avoid travel during these months if you want to avoid the crowd and save on the hotel fees too.

Spring is the best time to go for the mild weather and the fact that tourism isn’t as heavy during this time. As a bonus, you can see the flowers in bloom and get a chance to witness the Prague Spring International Music Festival, which is one of the biggest events in the city.

As any tourist would, it is important to make a list of the top attractions and sights to make the most of your travel to Prague experience:

With over 1.6 million tourists visiting the Prague Castle each year, it is officially the most visited attraction in the city. This castle has not only attracted tourists for its architectural beauty but also the fact that the castle is intertwined with the city’s rich history. Inside the castle grounds, you will find imposing castle walls, manicured gardens, royal abodes, and churches.

This is the main cathedral in the city of Prague and is one of the reasons why Prague has earned the nickname “The City of a Hundred Spires”. This Gothic church is located within the grounds of the Prague Castle known for its stunning work of architecture. The façade itself is filled with gargoyles, spires, and buttresses, making it a sight within and of itself!

No travel to Prague is ever complete with a walk down the famous Charles Bridge. The reason is clear – the bridge is picturesque and a true work of art. This historic bridge crosses over the Vltava River and was built under the auspice of King Charles IV, thus the name. It is a pedestrian-only bridge that is made out of stone and is lined with 30 baroque statues and statuaries throughout its over 500-meter length.

This is not a destination but a sight that is famous among tourists that travel to Prague. The clock is attached to the Old Town City Hall. This medieval clock was installed in the 1400s and the oldest clock still operational until today.

This is the main city square in Prague and where you will find business centers and cultural communities. It is also the spot for most public gatherings and events in the city.