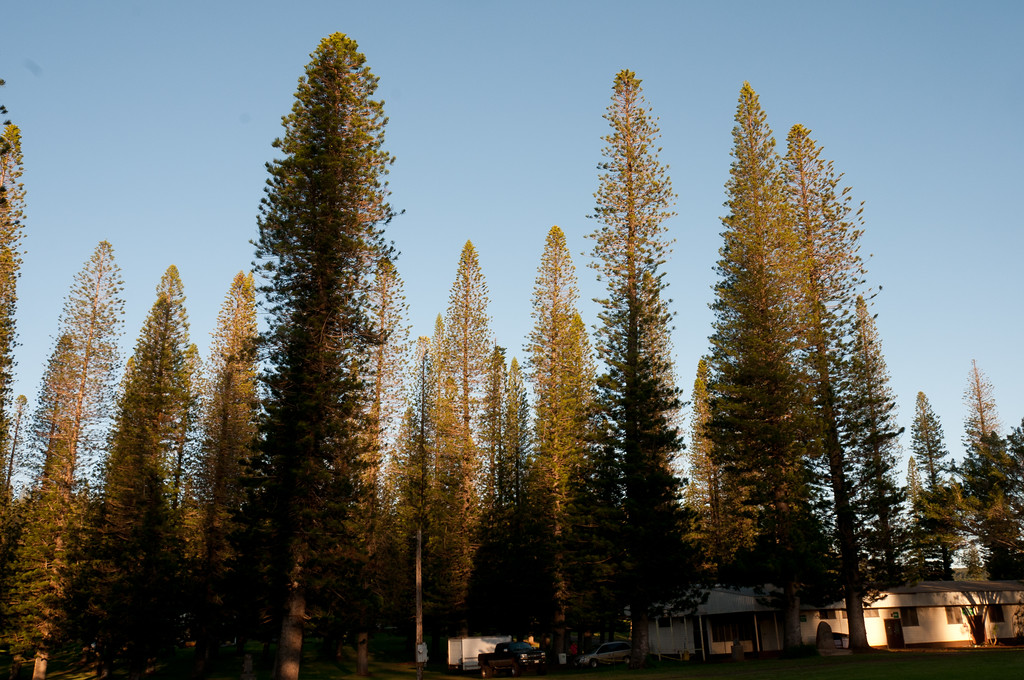 When you think of traveling to Hawaii, one of the first images which pops into your head is probably a palm tree on a white sand beach. Indeed, Hawaii does have its share of palm trees. On the island of Lanai, however, the tree you will be most likely to find isn’t a palm tree … it is a pine tree.

The story of the pine trees of Lanai is one of the interesting stories I come across when traveling that shows how people can find innovative solutions to their problems.

The first thing you need to know is Lanai is a rather dry island. It has the least amount of rainfall of all the Hawaiian islands because the mountains on Molokai and Maui capture most of the rainfall which comes its way.

The first pine tree on the island was a Norfolk Pine, which was planted in 1878. In 1911, manager of the ranch on Lanai, George C. Munro, noticed that water was dripping from the pine tree onto a tin roof. George figured that the pine tree was taking water out of the fog and condensing it. He figured that if they planted more pine trees, it could bring much needed water to the island and make use of the heavy fog, which would often collect near the high points on the island.

The pine trees they received weren’t Norfolk Pines, however, but rather were Cook Island pines.

The reason why pine trees are uniquely suited to extracting moisture from the atmosphere has to do with the surface area of the pine needles. For a normal broad leaf tree, the surface area would be the area of each side of the leaf. Pine needles are much smaller and so have more surface area for a given volume of leaf. To get a good idea, just think of the amount of butter it would take to cover an uncut loaf of bread vs. a loaf which as been sliced. The sliced loaf has a much greater surface area.

Nature uses this trick in many places where surface area matters. Some of the best examples would be the lumps and ridges in your intestines (to maximize the area where nutrient absorption can take place) and the surface of your brain.

Today you can see Cook Island pines all over Lanai City and on the highest ridge on the island, Lanaihale. It is estimated that each tree creates 200 gallons of fresh water for the island each day, all of which is taken right out of thin air.

If you ever find yourself on the island of Lanai and you take a drink of water or use the shower, take a moment to remember the humble Cook Island Pine making it possible.

Read Next: 13 Photos of Lanai That Will Make You Want to Visit

15 thoughts on “The Pine Trees of Lanai”