As you may have noticed, I have a slight fetish about visiting world heritage sites. To date I have visited over 375 of sites and I have made a point of featuring each one I visit as a daily photo. Some of them are incredible and some are……less than incredible.

I’ve had several people ask me what the deal was and why I bother to go out of my way to visit them. If you have traveled even a small amount there is a good chance you have already visit one or more sites without even knowing it. There is also a good chance you’ve been near one and never bothered to take the time to go and visit it.

This post is intended to be a primer for what World Heritage Sites are about, why they exist and why you should consider making them a part of your next trip.

If you were to sit down and come up with a list of the great places in the world that people should visit, I would bet that almost everything on that list, if it is natural or historic, would be a world heritage site. I’ve often described world heritage sites as the Hall of Fame for national parks

UNESCO stands for the United Nations Educational, Scientific and Cultural Organization. The first mission which UNESCO undertook to preserve a cultural property took place in 1954 when they raised money from member states to move the Abu Simbel and Philae Temples in Egypt from the flooding of the Aswan High Dam. They literally took the temples apart piece by piece and put them together several hundred meters away on higher, dry ground.

How Something Becomes a World Heritage Site

The process of becoming a world heritage site can be long and very political. 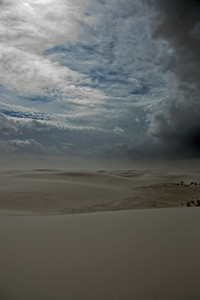 Many people confuse the tentative list with the actual heritage site list. I had a discussion with someone in Alabama who insisted that the Civil Rights Movement Sites were world heritage sites. They are not. They might be at some future time, but as of now, they are only proposed.

Getting sites actually on the list involves a lot of horse trading. If you look at which sites are added each year you’ll notice very small countries which seem to get sites every year. I can’t help but think that is part of some sort of quid pro quo voting which has been done over the years. As each country has an equal vote, Europe has a massively disproportionate number of sites compared to the rest of the world. Italy alone has more sites than the United States and Canada combined.

There are 10 criteria which world heritage sites must meet to be included on the list. They are:

Cultural criteria
(i) “represents a masterpiece of human creative genius”
(ii) “exhibits an important interchange of human values, over a span of time, or within a cultural area of the world, on developments in architecture or technology, monumental arts, town-planning, or landscape design”
(iii) “bears a unique or exceptional testimony to a cultural tradition or to a civilization which is living or which has disappeared”
(iv) “is an outstanding example of a type of building, architectural, or technological ensemble or landscape which illustrates a significant stage in human history”
(v) “is an outstanding example of a traditional human settlement, land-use, or sea-use which is representative of a culture, or human interaction with the environment especially when it has become vulnerable under the impact of irreversible change”
(vi) “is directly or tangibly associated with events or living traditions, with ideas, or with beliefs, with artistic and literary works of outstanding universal significance”

Natural criteria
(vii) “contains superlative natural phenomena or areas of exceptional natural beauty and aesthetic importance”
(viii) “is an outstanding example representing major stages of Earth’s history, including the record of life, significant on-going geological processes in the development of landforms, or significant geomorphic or physiographic features”
(ix) “is an outstanding example representing significant on-going ecological and biological processes in the evolution and development of terrestrial, freshwater, coastal and marine ecosystems, and communities of plants and animals”
(x) “contains the most important and significant natural habitats for in-situ conservation of biological diversity, including those containing threatened species of outstanding universal value from the point of view of science or conservation”

The problem is these are all very subjective criteria and an argument could be made to include almost anything.

In the mental exercise I mentioned above, if you listed all the places in the world that you think are exceptional you might come up with several dozen or maybe even a few hundred. You probably won’t come up with over 900. Having taken care of the high profile sites like the Pyramids of Giza and the Great Wall of China early on, the sites which are now being added seem to be ever more marginal in importance. Some of the sites I’ve visited like The White City of Tel Aviv and the Holašovice Historical Village Reservation in the Czech Republic seem to have little or no value at a global level. This is a problem I fear will only get worse if they keep adding 20-30 sites each year.

Here are some fun facts about UNESCO World Heritage Sites:

The question still remains, “why do I go out of my way to visit world heritage sites?”

There are several reasons:

First, world heritage sites are the best the world has to offer. Yes, there are some stinkers in there, but more often than not I’ve been pleasantly surprised at a place that I otherwise knew nothing about and I would never have visited if it wasn’t on the list. If not for being listed I never would have visited the Temples of Horyu-ji, the Island of Rennell, Mulu National Park, L’Anse aux Meadows or Ceský Krumlov. As a rule of thumb, I can say that visiting a world heritage site will be worth the time and effort if you are in the area. It isn’t a guarantee but the odds are very good.

Second, it is more meaningful than just saying I visited a country. If someone says they’ve been to Egypt, what does that mean? Does it mean they visited the ancient Egyptian ruins? Does it mean they had a layover at the airport in Cairo? Does it mean they spent one night at a Hilton before leaving? It is a fundamentally different thing to say you’ve been to the pyramids than it is to say you’ve been to Egypt. It is more specific and it has more meaning. If you look the list of world heritage sites I’ve visited, you can have far greater understanding of where I’ve been and what I’ve done than looking at a list of political boundaries I’ve set foot in. You can see I only visited one site in Hungary, none in Slovakia and most of the sites in Australia and Japan.

Finally, having a list or some theme to your travels is fun. I don’t visit places just to check things off on a list. I’ve passed up many world heritage sites because they just didn’t seem worth the time and effort. I could probably have had 50-100 more sites under my belt if that was all I cared about. That being said, it is fun to have a list and it provides me an interesting hook to blog about and excuse to visit new places.

You don’t need to be a world heritage junkie like me, but you should take the time to see if there are any sites near locations you might be visiting. You might find some interesting places that otherwise might never have visited.

Humanity’s heritage is your heritage. Explore it.