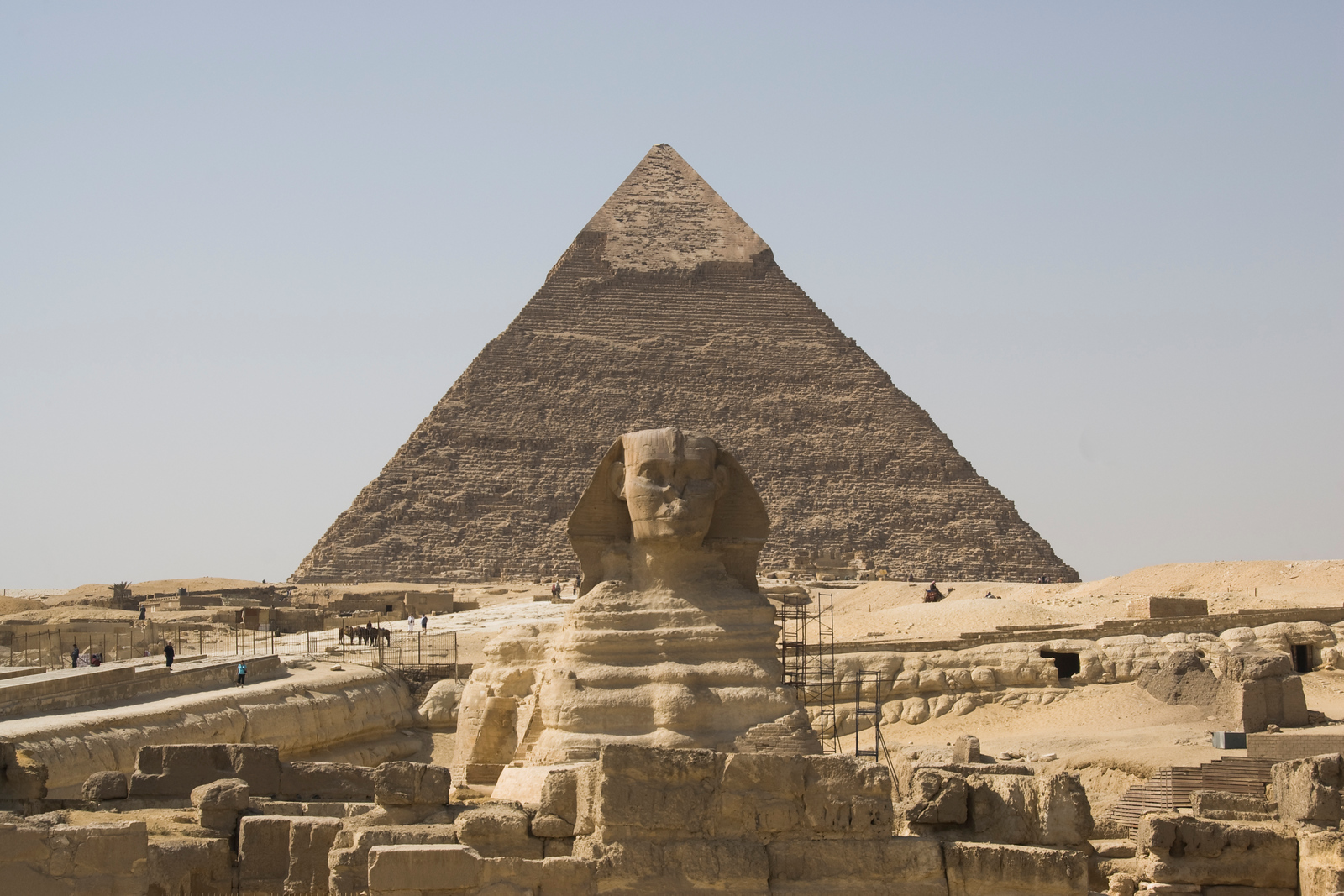 From the World Heritage inscription for Memphis and its Necropolis: the Pyramid Fields from Giza to Dahshur:

The capital of the Old Kingdom of Egypt has some extraordinary funerary monuments, including rock tombs, ornate mastabas, temples, and pyramids. In ancient times, the site was considered one of the Seven Wonders of the World.

There isn’t much I can say about the pyramids because everyone has seen at least one National Geographic special on them and probably did a presentation on them in 4th grade. Visiting the pyramids was one of the most frustrating experiences I’ve ever had from a tourist perspective.

Memphis and its Necropolis: the Pyramid Fields from Giza to Dahshur is a cultural site inscribed into the list of UNESCO World Heritage Sites in Egypt in 1979. The secular structure and burial site is not just a popular tourist attraction, it is also an important cultural site that shaped the history of this country. The Pyramids have earned universal recognition for its exception construction methods. In addition, it also represents an important civilization that is deeply embedded in Egypt’s history.

Memphis is the capital of the Old Kingdom of Egypt. It was founded in 3100 BC and served as the capital until 2200 BC. Memphis and its ruins are located south of Cairo and on the western bank of Nile River. Among these ruins are temples, pyramids, rock tombs, and other funerary monuments.

If you want to visit Memphis and its Necropolis: the Pyramid Fields from Giza to Dahshur, your best jump-off point is via Cairo. Once in Cairo, you can take a bus at Midan Tahrir in order to get to the pyramids. Mida Tahrir is a public square located in the central part of Cairo. Once you arrive, you can ride a horse or camel to get to the pyramids. When you ride with animals, make sure to pay only when you arrive or else you will be forced to pay for another ride if your first option goes lame.

Another option is to ride a taxi to the pyramids. The taxis in Cairo are black and white in color. An important reminder when riding a taxi: single women should sit on the back. Sitting in front would be seen as a sexual invitation.

Finally, you can purchase a tour bus ticket through your hotel. You will be picked up at your hotel and be taken to the pyramids. In addition, a tour guide will accompany you to the Pyramids.

Giza is composed of ancient monuments with the Pyramid of Giza being the most popular one. Within Giza, you will find historical structures and monuments. The Great Pyramids of Giza consist of three pyramid complexes. There is also a massive sculpture known as the Great Sphinx. Other features within the complex of ancient monuments in Giza are worker’s village, industrial complex, and several cemeteries.

Dahshur is home to a royal necropolis located at the heart of the desert. It is located roughly 40 kilometers from Cairo. Like Giza, Dahshur is also home to several pyramids. Two of these pyramids are the oldest and largest in Egypt: the Red Pyramid and Bent Pyramid.

About the Egyptian Pyramids

When it comes to the Egyptian pyramids, they do not need any introduction. This is the only structure from the list of ancient Seven Wonders of the World that still exists until today. It is also Africa’s most popular monument and tourist attraction. These massive structures are tombs of pharaohs and their antiquity is one of the most interesting features about them. In fact, it is not only the largest stone monument in the world but also the earliest.

Memphis and its Necropolis: the Pyramid Fields from Giza to Dahshur is a collection of the best and most enduring structures. Hence, UNESCO together with the Department of Antiquities of Giza (made up of Egyptian conservators and architects) are working together to build a site management plan focused on conservation of the key structures within the ancient city of Memphis, as well as Giza and Dahshur.

5 thoughts on “Memphis and its Necropolis: the Pyramid Fields from Giza to Dahshur”