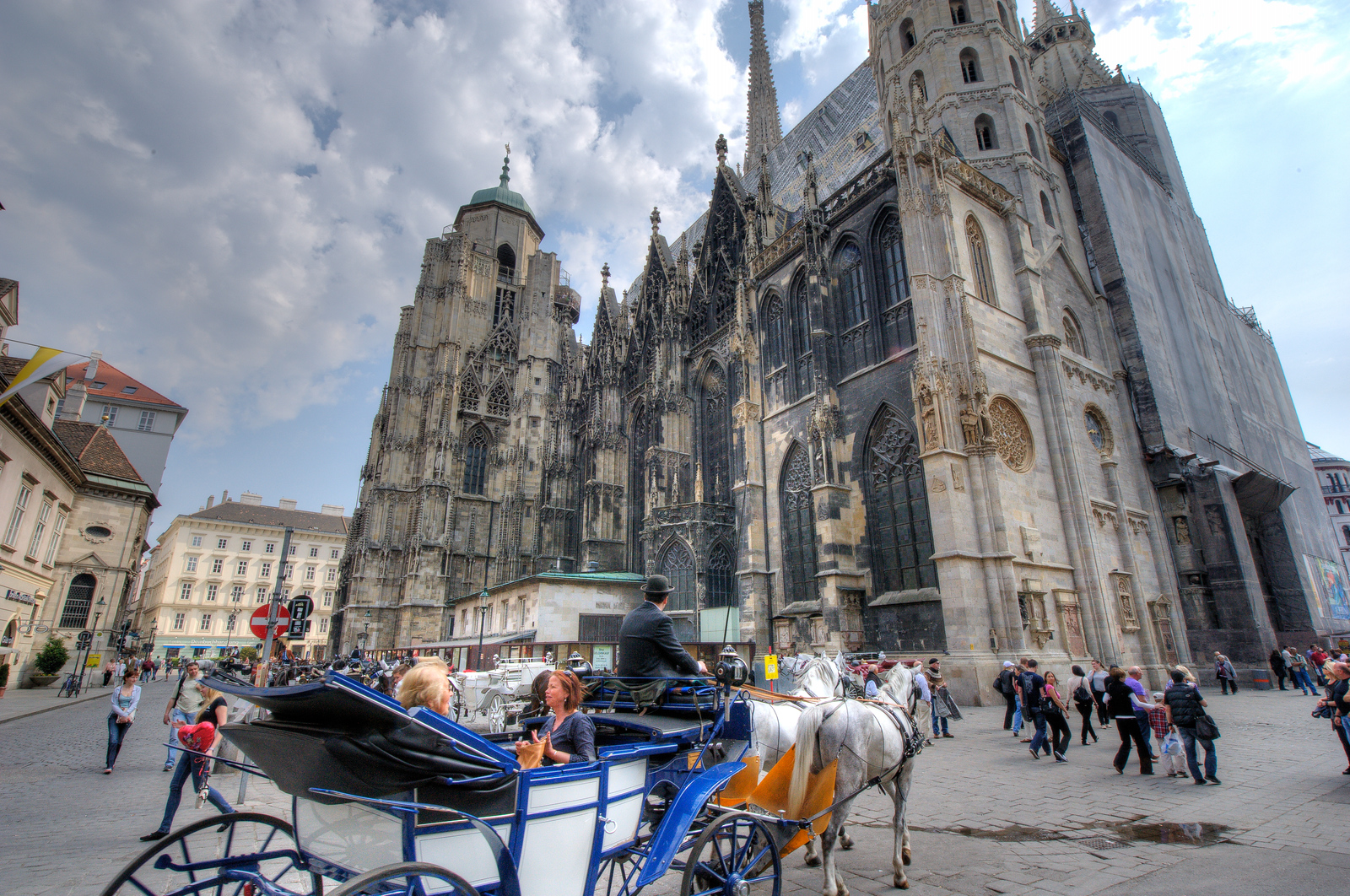 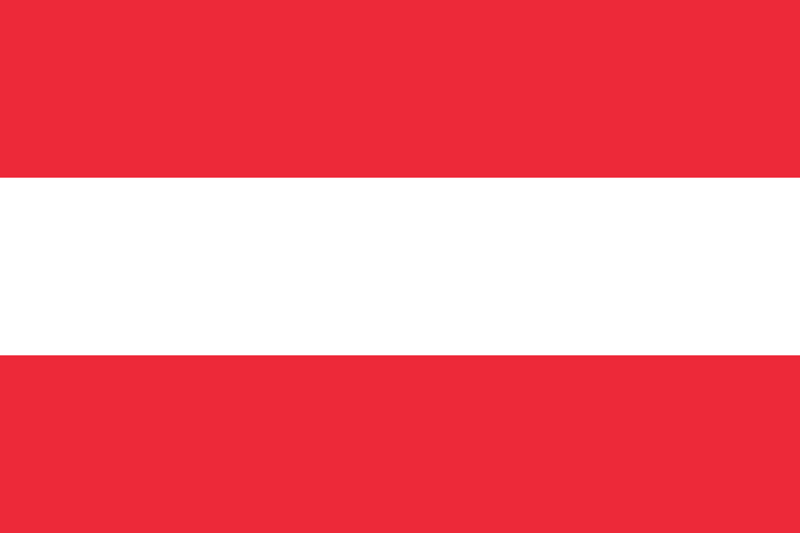 Austria is a landlocked country located in Central Europe. There are over 8.5 million people living in Austria. It is neighbors with Czech Republic, Germany, Slovakia, Hungary, Slovenia, Italy and Switzerland. The vast majority of the landscape in Austria is covered by the Alps, which explains why the country experiences mostly alpine climate. There are about 21 million tourists that travel to Austria on an annual basis. Hence, tourism and leisure industry forms an important part of the country’s economy.

There are 9 federal states that comprise Austria’s parliamentary representative democratic government. Vienna is the capital and largest city in Austria with a population of over 1.7 million. Austria is one of the richest countries in the world (12 wherein its residents enjoy a high quality of living. The country also ranks 24 when it comes to the Human Development Index.

A highly developed industry is the main source of income in the country. Next to that, international tourism has also had major contributions to the economy of Austria.

Like most countries in Europe, Austria has had an eventful history. The modern day Austria consists of the Danube Valley and Alpine valleys, all of which were present since the time of the Paleolithic Age (around 8000 BC). During 400 BC, the Celts built a settlement on the Eastern Alps. In fact, a Celtic state known as Noricum was established in the area and it became known for the ironworks during the 2nd century BC. The Celtic occupation of Austria continued until the 7th century BC, specifically in the salt mining region of Hallstatt.

By 200 BC, the Romans arrived in Austria but they did not rule it until 15 BC. Carnuntum is the site of the most important settlement for the Romans in Austria. For this reason, you will find many ruins of Roman fortifications in this region.

When the end of the 2nd century AD came around, the German tribes were the ones that tried to conquer Austria. In fact, they overpowered the Roman incursions. They had control of the territory between the eastern Alps and Wienerwald during the mid-500s. Over the next few centuries, the Habsburg rule and Turkish wars followed.

The 20th century marked the moving times in Austria’s history. The German troops marched into Austria in 1938, until it was incorporated into the German Reich that was led by Adolf Hitler. Austria was only restored to its 1937 frontiers by the end of the Second World War in 1945.

Connectivity: Wireless internet connection is easily accessible and with great speed in Vienna, Austria. In fact, the download speed of the Wi­Fi in the airport is 27 Mbps while the upload speed is 42 Mbps. You may also purchase local SIM cards in Austria. They have one of the lowest rates in data in Central Europe. You can choose to buy a sim from any one of the three mobile operators in Austria: 3, T-Mobile, or A1. Despite the difficult topography in Austria, the mobile coverage is pretty excellent. You can even purchase domestic data packages for as low as 0.1c per MB.

Visa Required: US citizens do not need a visa to travel to Austria for tourist or business reasons for a maximum of 90 days’ stay. However, a passport must be valid for up to 3 months after your last day of stay in Austria. Several other countries also get this same visa­ exempt privilege for travel to Austria including citizens from Australia, Brazil, Canada, Israel, Japan, Hong Kong, Malaysia, Mexico, Monaco, New Zealand, Singapore, Taiwan, Venezuela, Vatican, and many more. There are also other specified nationalities that require a visa prior to travel to Austria.

International Driver’s License Accepted? When driving in Austria, carry both your international and domestic driver’s license.

Crime: The crime rate in Austria is very low. If there are any criminal activities, then this typically happens in the metropolitan areas.

Rail Travel: The national rail company OBB owns most of the rail transport systems in Austria. The country is also a member of the international Union of Railways. It is also one of the recommended ways to get around the country due to the topography, which can make other forms of transportation a bit of a challenge. Train travel in the country is comfortable and efficient.

Car Travel: Austria has an impressive road system. Despite its difficult topography, you won’t have any trouble driving around when you travel to Austria. However, you need to pay for a sticker before you can drive around the road and it can cost anywhere from 8 Euros (valid for 10 days) to 80 Euros (for 12 months). Driving without a sticker can incur a penalty of 120 Euros.

Trivia: The Austrian Alps make up over 62% of the total land area of Austria.

The cuisine in Austria combines the native influence and that of the former Austro-Hungarian Empire. The dishes served in Austria also vary largely based on the region where it is served from. Regional cuisine holds a lot of influence over the national cuisine of Austria.

Meat is an integral part of the Austrian cuisine. Their most commonly used types of meats include chicken, beef, pork and geese. The famous Wiener Schnitzel from Austria is made of veal. Special types of cuts of meat are prepared for by Austrian butchers to create a variety of dishes. These cuts include Tafelspitz from beef, Fledermaus from pork, among others. Austria is also known for their sausages and the most popular ones include the following: Frankfurter, Debreziner, Grune Wurstl, Burenwurst, and Krainer Wurst.

Below are some of the most famous dishes from the Austrian cuisine that you must try during your travel to Austria:

Schonbrunn Palace – This palace once served as an imperial summer residence. Today, this over 1,400-­room Baroque palace in Vienna is an important architectural, historical and cultural attraction in the country. It was built in the 18th century and features lavish rococo centennial rooms along with a massive garden with a maze.

St. Stephen’s Cathedral – This Roman Catholic Archdiocese in Vienna is located within the historical center of Vienna. It features both Romanesque and Gothic architectural styles. The cathedral was designed by architect Anton Pilgram. It houses catacombs, treasury museum, and ornate spire.

Museumsquartier – This 60,000 square meter land area is located within Vienna. It is identified as the largest cultural area in the world. It is open to the public and where major art and cultural exhibits take place at various times of the year.

Belvedere – This historic Baroque building complex is located in Vienna. It is made up of two Baroque palaces: the Palace Stables and Orangery. In this building, you will find art from the Middle Ages. One of the most notable pieces of art found here are the Klimt Collection.

Hofburg – This palace complex is also located in Vienna. It was built during the 13th century but was later expanded a few centuries after. It served as a former Imperial palace and became the seat of power for the Habsburg dynasty rulers. While the Schönbrunn Palace served as the summer residence for the Presnident of Austria, this one served as the winter residence.

Vienna City Hall – The city hall of Vienna was built in 1872 to 1883. The architect was Friedrich von Schmidt and it features a Gothic architectural style. This building served as the official seat of the government in Vienna.

Vienna State Opera – This world-famous opera house is one of the most popular tourist attractions in Vienna. With a capacity of over 1,700 people, it first opened in the year 1869. It features Renaissance Revival architecture; hence, the opera house is also an attraction itself, aside from the shows exhibited here. 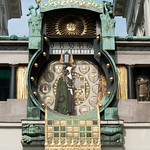 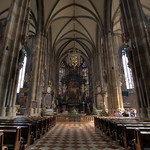 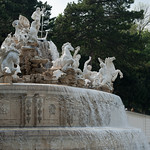 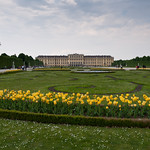 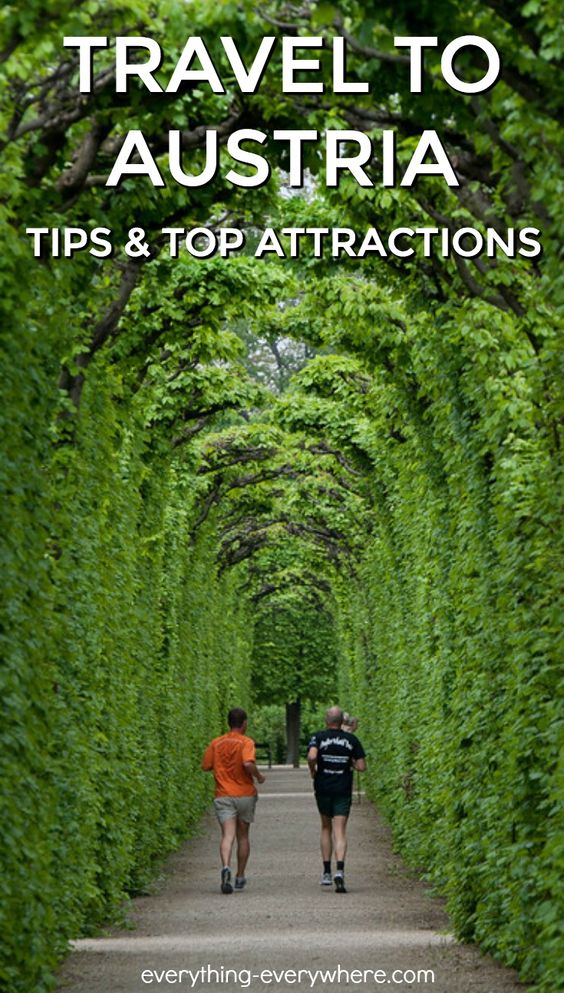 1 thought on “Travel to Austria”