Czech Republic is a landlocked country located in Central Europe. It shares borders with several other European countries including Germany, Austria, Slovakia, and Poland. Its capital city, Prague, has a population of over 1.2 million.

The Czech Republic is a highly developed country with a high income economy. Therefore, the Czechs enjoy a high quality standard of living. It is listed as the 11th most peaceful country in the world and this is reflected by the low crime rate in Czech Republic. The country is also a member of several notable organizations including the European Union, Council of Europe, NATO, and the Organization for Security and Co-Operation in Central Europe (or OSCE).

The geographical landscape of Czech Republic is pretty varied. Some parts are made of rivers, the others consist of mountains and then the rest are quite hilly. The water from the landlocked river of Czech Republic flow to any of the following seas: Baltic Sea, North Sea, and the Black Sea. When it comes to climate, Czech Republic features a temperate continental climate. Therefore, their summers are warm and the winters are snowy and cold. Due to the variety of landscape, the temperature in various parts of Czech Republic also varies according to elevation.

Official Language: Czech is the official language of Czech Republic.

Wi-Fi Availability: There are a variety of networks offering wireless internet connection in Czech Republic. This country has the most number of internet subscribers throughout the whole European Union nations. Therefore, tourists can easily access Wi-Fi anywhere in Czech Republic reliable speed.

Visa Required: Czech Republic is a member of EU so all holders of Schengen visa do not need a visa (just passport) to enter the country. You can visit this link to see which countries require visa and which do not. Regardless of whether you require visa or not, the maximum allowable days of stay in Czech Republic is 90 days.

Driving: The people of Czech Republic drives on the right sside of the road.

Crime: The level of crime in Czech Republic is low (one of the lowest rates in Europe).

Trivia: Czech Republic is the castle capital of the world. There are over 2,000 castles and castle ruins in the country.

Charles Bridge: This is quite possibly the most popular bridge in Europe. This historic bridge was built for by King Charles IV, hence the bridge was named after him. The bridge construction finished in the 15th century. The bridge crosses the Vltava River in Prague.

Prague Castle: This castle complex in Prague has been around since the 9th century. This is the seat of power for kings of Bohemia and the presidents of Czechoslovakia. It features both Renaissance and Gothic architectural style.

Prague Astronomical Clock: This medieval astronomical clock is located at the façade of the city hall. It has been one of the greatest treasures of the city for over 600 years.

Church of our Lady Before Tyn: This church is one of the biggest attractions in the Old Town of Prague. The church is easily recognizable for the twin Gothic spikes. The church has been around since the 14th century.

Cesky Krumlov Castle: There are several castles in Czech Republic but the Cesky Krumlov Castle is one of the most distinctive castles in the country. The castle dates back to the 1240 when it was built for by the Witigonen family. It features a Renaissance and Baroque architectural style.

Old Town Square: This is the square located right between the Charles Bridge and Wenceslas Square. This historic square is one of the spots frequented by tourists in Prague, Czech Republic. 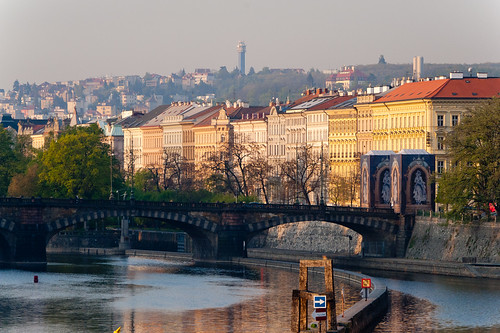 Czech cuisine is all about the meat. If you like to explore with your meat options, you will be pleased to know that Czech dishes are not limited to its use of pork, chicken and beef. They also serve rabbit, duck, and goose. Fish is rarely served in Czech but if they do, they prefer carp and trout.

Beer is also an important aspect of the nation’s cuisine. In fact, the people of Czech Republic are one of the largest consumers of beer in the world. For those interested in tasting the wine produce of Czech Republic, you can head to the Southern Moravian region.

If you want to sample the best dishes in the Czech cuisine, the popular dishes are listed below:

Where I’ve Been to in Czech Republic

Other Resources for Travel to the Czech Republic