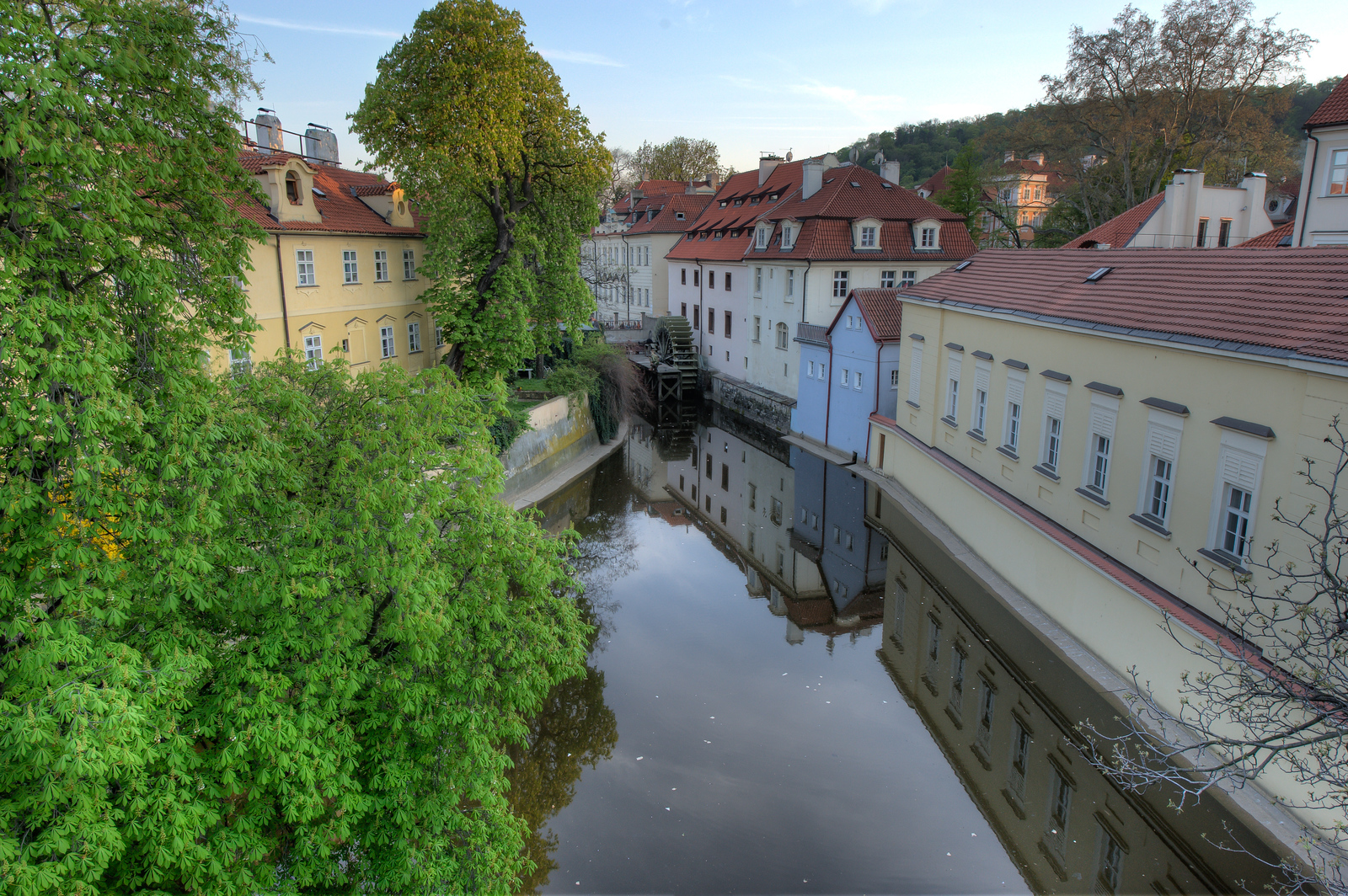 Prague is one of the most beautiful cities in Europe in terms of its setting on both banks of the Vltava River, its townscape of burger houses and palaces punctuated by towers, and its individual buildings.
The Historic Centre represents a supreme manifestation of Medieval urbanism (the New Town of Emperor Charles IV built as the New Jerusalem). The Prague architectural works of the Gothic Period (14th and 15th centuries), of the High Baroque of the 1st half of the 18th century and of the rising modernism after the year 1900, influenced the development of Central Europe, perhaps even all European architecture. Prague represents one of the most prominent world centers of creative life in the field of urbanism and architecture across generations, human mentality and beliefs.

Prague is one of those great cities where the entire city is lumped together as one World Heritage Site. There could be 3 or 4 separate World Heritage Sites in Prague if they were evaluated on their own merits, similar to Kyoto, Paris or Rome. Expect to spend multiple days in Prague to even get close to seeing the highlights in the city.

The Historic Center of Prague was an important medieval city in Central Europe. It is for this same reason why it was named as a UNESCO World Heritage Site in the Czech Republic. In addition, this city is also one of the most famous tourist destinations in the country. It was inscribed as a cultural world heritage site by UNESCO in 1992.

Prague’s historic center is one of few cities in Europe to survive from the Middle Ages. From that time to the present, it has exhibited continuous urban development. For this reason, the city is home to an architectural ensemble that is notable for its outstanding quality and historical value.

About Historic Center of Prague

The Historic Center of Prague consists of three areas: Old Town, Lesser Town, and New Town. The Old Town comprises the Old Town Square, Charles Bridge, and the Astronomical Clock. The Lesser Town is where you will find the banks of Vltava River and Prague Castle. Meanwhile, New Town is where Wenceslas Square is located.

Prague is an architectural mastery. Many of the buildings and structures you will find at the city’s Old Town and historic center were built from the 11th to the 18th century. Among them are Gothic churches, Renaissance theaters, Baroque town halls, and neoclassical commercial buildings. This makes one of the most outstanding urban ensembles in Central Europe that have survived since the Middle Ages. It is also believed that the architectural works of Prague had influenced not just the architectural landscape of the Czech Republic, but quite possibly the rest of Europe as well.

The history of this city has been around for 1,100 years and many claim that this history can be documented through its architectural development. There has been a collection of various architectural expressions and styles that are now visible on the urban landscape of the city. Therefore, it is part of the reason why Prague is so popular with tourists because they feel like they have walked back in time to the Middle Ages and the Gothic period.

Even during the Middle Ages, Prague also served as an important cultural center in Central Europe. Prague University was established in 1348 and is one of the earliest universities in Europe. This university was critical in the formation of ideas for the Hussite Movement that was to be the first step towards European Reformation. The cultural landscape of Prague ensures that it has ties with political, art and science personalities.

Are you planning to visit the Historic Center of Prague? Do not miss these attractions when you do:

View my complete list of UNESCO World Heritage Sites in the Czech Republic.