Vatican City is the smallest independently recognized state in the world. It’s a walled enclave located within the city of Rome. As one of the biggest tourist destinations in Italy, over four million tourists travel to Vatican City annually. The entire area measures only at 44 hectares, and it has a population count of 842. The Bishop of Rome—the Pope—is the ecclesiastical and sacerdotal-monarchical leader of the Vatican.

The Vatican is the main episcopal see of the Roman Catholic religion, which has over 1.2 billion adherents worldwide. The Vatican City, however, did not come into existence until 1929. Despite being a small state, there are several notable attractions within the walled enclave itself, such as St. Peter’s Basilica, the Vatican Museums, and the Sistine Chapel.

Read on for the best things to do, where to stay nearby, and more!

The economy of Vatican City is obtained through sales of postage stamps and mementos from tourists, the sale of publications, and fees gathered from the museum. The Vatican City is a UNESCO World Heritage Site for its cultural importance and there are actually two UNESCO sites within Vatican City.

Airport/s: The Leonardo Da Vinci Airport is the nearest international airport for those who travel to Vatican City.

Driving: In Vatican City, they drive on the right side of the road, but it is highly unlikely that you will ever drive inside the Vatican. The only way the public can drive in the Vatican is if you’re there on official business and enter a via parking lot near St. Ann’s.

Crime: The crime rate is pretty low within the Vatican City and mostly involves petty crimes, such as purse snatching or pickpocketing. Tourists exploring St. Peter’s Square are advised to be cautious because this is where most of the crimes are committed. The Vatican uses the Italian criminal justice system for the prosecution of all crimes. If you are caught violating the law inside of Vatican City, you will be tried, sentenced and imprisoned as if the crime were committed in Italy.

Electrical Adapters: Vatican City has electrical outlet powered by 230 volts and a frequency of 50 Hertz. Get your electrical adaptors for the Vatican and Italy.

Trivia: Despite being the smallest independent state in the world, Vatican City, it has its own post office, telephone system, radio station, a banking system, and an astronomical observatory. 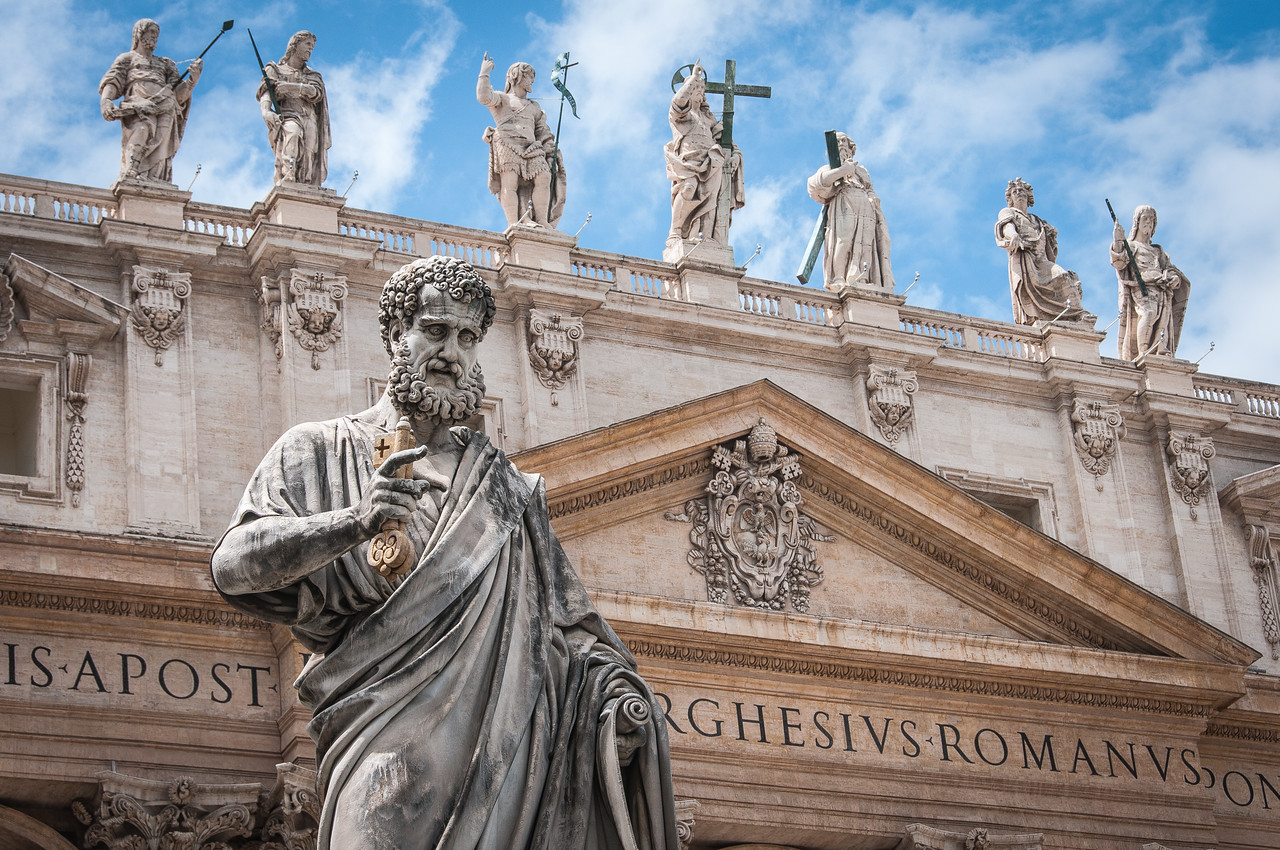 Vatican City has no formal border controls, immigration, or visas. Everything with respect to borders is done via Italy. If you can enter Italy, you can enter the Vatican. Entering St. Peter’s Square is literally a matter of walking into the square. No one will check your passport no matter where you call home.

Things to Do in Vatican City 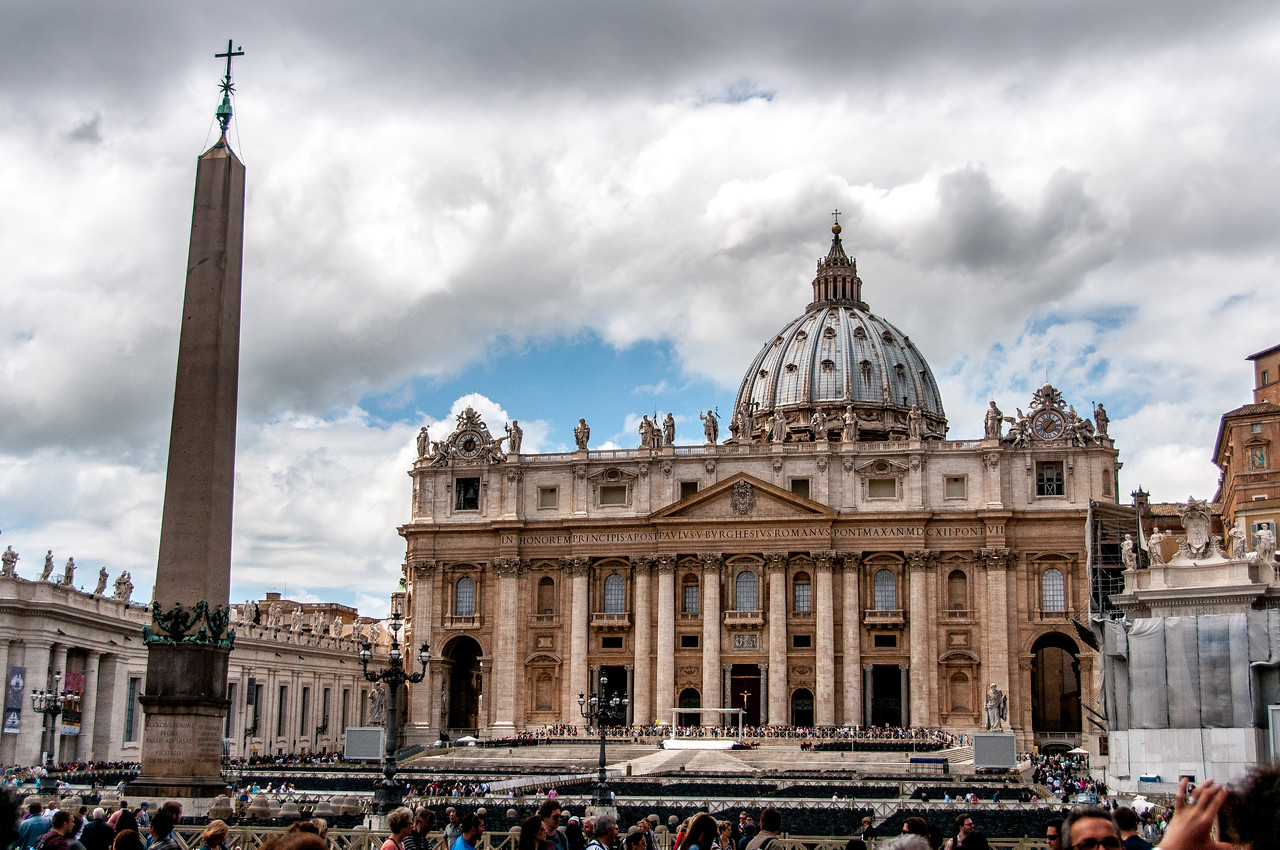 The top attractions in Vatican City naturally have to do with the church—the structures, architecture, museums, and Catholic history contained within the small country. A good number of travelers visit Vatican City independently—it’s walkable from the top sites in Rome and you can just walk right into the complex. That said, tours of Vatican City offer a better experience in a lot of ways—you can fully avoid the crowds with private access, or at the very least book small-group tours with skip-the-line access.

Located within St. Peter’s Basilica, unsuspecting travelers will miss this top thing to do if you’re not aware how to visit the Cupola, which offers phenomenal views of Vatican City and Rome (we contend that this is among the top panoramic viewpoints in Rome). Be very prepared, however, for the long trek to the top of the staircase, even if you use the elevator for part of the ascent.

As the name implies, this is a complex of museums within the Vatican City. Pope Julius II founded the museums and there are more than five miles of corridors—and they display only a fraction of the Vatican’s collection. Although the Sistine Chapel is located in the Vatican Museums, there’s a lot more here, including a cast of Rodin’s “Thinker” and Michelangelo’s “Pietà” sculpture.

The Sistine Chapel is another popular church in the Vatican and it’s of little doubt that you’ve heard of this Chapel before. It’s part of Vatican Museum, which is one of my favorite museums in the world and the chapel is located within the Apostolic Palace, which is also the official residence of the Pope. The Sistine Chapel’s incredible Michelangelo fresco entitled “The Last Judgment”(originally known as the Cappella Magna) covers a 10,000 square feet of the ceiling and wall and is one of the top 100 wonders in the world.

Book skip-the-line Access to the Sistine Chapel for a better experience while there—it’s well worth the small expense. If you’re really keen on the full experience, book a tour that includes both a tour guide and skip-the-line access for a total Vatican City experience.

The Sistine Chapel is subject to the Vatican Museum’s hours, and is generally open Mon to Sat from 9:00 am to 6:00 pm (last entry at 4:00 pm). It’s also open every last Sunday of the month from 9.00 am to 02.00 pm (last entry 12.30 pm). Check the Vatican website for seasonal closures when planning your visit.

Apart from the St. Peter’s Basilica, this massive plaza offers several things to do for tourists—most notably, if you’re visiting the Vatican in hopes of receiving the the Pope’s weekly blessing, this is where you’ll need to be to see him and receive it. St. Peter’s square has classical architecture and also serves as the papal enclave within the city of Rome.

The Gardens are not open every day, so check online to ensure you’re visiting on a day their open.

A fascinating ancient Roman necropolis lies under the Vatican, and inside are beautifully preserved frescoes and mosaics, as well as tombs that are said to hold the relics of St. Peter the Apostle. Tickets to the Necropolis are hard to secure, so you’ll absolutely have to reserve these many months in advance—as soon as you book your flights to Rome, you should be booking these tickets or you simply won’t get one.

Where to Stay Near Vatican City

As noted before, you’re not going to be staying in Vatican City, you’ll need to find accomodation in Rome. We recommend:

5 thoughts on “Travel to Vatican City”