Great Pyramids and Sphinx
The very fist list of wonders created by Herodotus in the 5th Century BC had the pyramids on the list. In 2,500 years, not much has changed. The Great Pyramids and the Giza Complex are still one of the most impressive sights in the world. The pyramids are from the Upper Kingdom of Egypt and are older than most of the temples you will find in Egypt, which dates after the unification of the Upper and Lower Kingdoms. As such, there is little in the way of hieroglyphs and other Egyptian artwork which can be seen at the site. The pyramids were the tombs of In addition to the pyramids themselves, you can also see the funeral boat of Khufu. The biggest downside to visiting the pyramids are the very aggressive men who try to get you to buy camel rides.

St. Catherine’s Monastery
Egypt isn’t all temples and ruins which date back to the time of the Pharaohs. There is a great deal of history in Egypt from the Greek, Roman, and Byzantine periods as well. The St. Catherine monastery is located in the middle of the Sinai Peninsula. St. Catherine is believed to be the oldest working Christian monastery in the world, dating its founding to 527 and 565. It was created on orders of the Emperor Justinian at the spot where it is believed Moses saw the burning bush and received the Ten Commandments. The monastery is run by the Greek Orthodox Church and contains about 120 of the oldest Eastern Orthodox icons in the world. Islamic Cairo
Despite its location near the pyramids, Cairo was essentially founded as a Muslim city in the 10th Century. Many of the oldest mosques and madrasas in the world can be found in Cairo. The highlight of old Cairo is the Cairo Citadel and the Mohamed Ali Mosque. The mosque is one of the largest of the old Muslim world and the design inside rivals many of the largest cathedrals of Europe. From the Citadel, you can look out to the Giza plateau and see the pyramids on a day where smog is limited. This is the section of town with the souqs (markets) and attractions many of the tourists who visit the city. Old Cairo was declared a UNESCO World Heritage site in 1979. Nile River
I suppose you could say that the Nile River shouldn’t be considered a Wonder of Egypt because in many respects the Nile IS Egypt. If it wasn’t for the Nile, Egypt wouldn’t exist, neither in its modern or ancient form. Other than the strip of green on either side of the river, most of Egypt is nothing by barren desert. It is the Nile which gave rise to Egyptian culture and made it the breadbasket of the Roman Empire. If you are in Egypt you need to at least take a felucca trip on the river, and if possible take an overnight cruise from Luxor to Aswan. Taking a cruise will not only let you see how average Egyptian farmers work the land, but it will also give you a chance to see some temples you would not get to see in Luxor or Aswan: Edfu and Komombo Temples.

Alexandria
Alexandria is a city with an amazing amount of history. It was founded by Alexander the Great. It was where Julius Caesar came ashore in search of Pompey in the Roman Civil War. It was here the great Library of Alexandria was created and later destroyed. It was home to one of the original seven wonders of the world: the Pharos Lighthouse. Anthony and Cleopatra killed themselves here. Despite all this history, almost all of the great structures have been destroyed. There are many smaller structures still to be found in Alexandria, however: Pompey’s Pillar, the Roman Theater, and the Greco-Roman museum. One of the highlights is nine meters below the surface where you can dive and see the ruins of the Pharos Lighthouse. It is also home to the new Biblioteca Alexandria, which hearkens back to the old library. 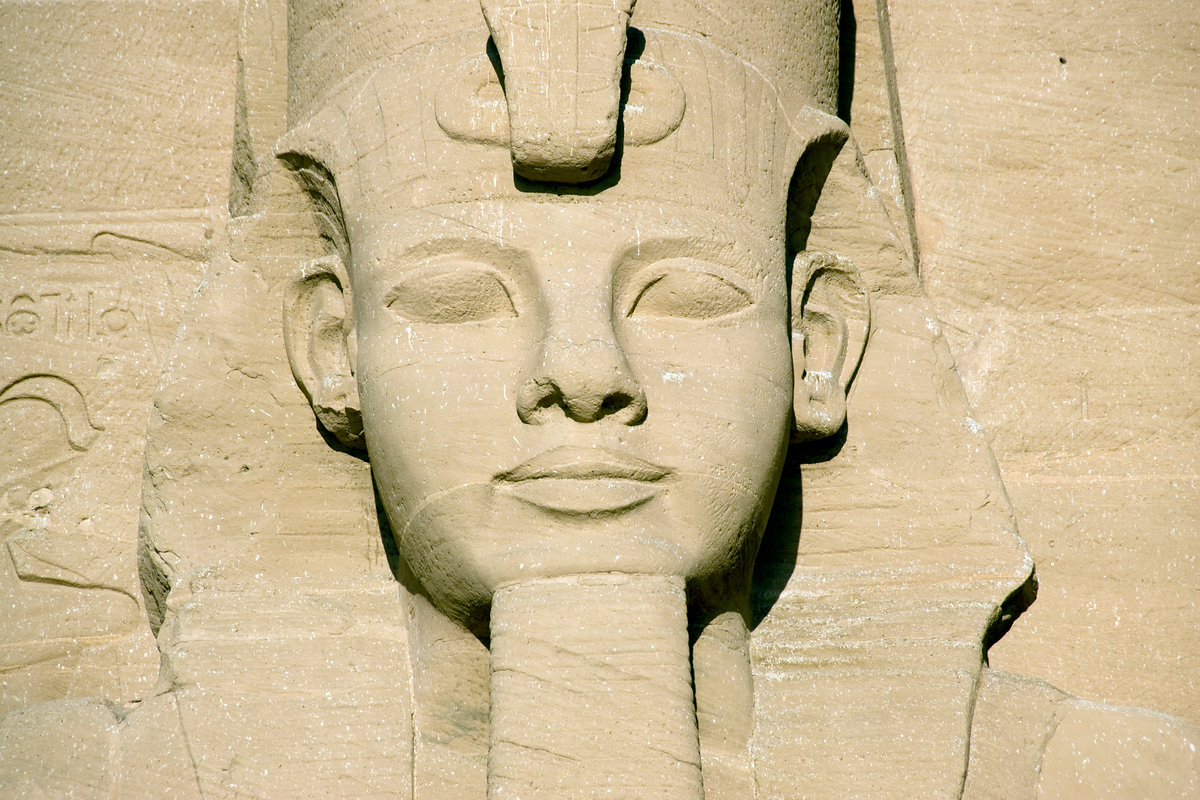 Abu Simbel
Abu Simbel consists of two temples created by Ramesses II (aka the Pharoah played by Yul Brenner in the Ten Commandments) to celebrate a victory over the Nubians who lived south of Egypt on the Nile in what is now Sudan. By its own right, Abu Simbel is an impressive place to visit. What makes it really impressive, and the thing that really makes it a Wonder of Egypt is that the entire complex was moved in the 60’s to preserve it from the rising waters of the Aswan High Dam. The entire temple and sculptures carved into the mountain were carved up and moved 60m up and 200m back from the former location of the river. They did such a good job that if it wasn’t for the pile of dirt covering the temples, you’d almost never know that everything had been moved. If you ever visit, pay close attention to the graffiti carved into the stone by British vandals in the 19th Century. Karnak and Luxor
Karnak and Luxor are technically separate temples connected by a road known as the Avenue of the Sphinxes, but because they are  close together I’ve decided to list them as a single entry. Luxor and Karnak are both in the middle of urban Luxor City. Luxor Temple is of similar design to other Egyptian temples like Eduf and is best known for its intact obelisk at the front of the temple. Karnak is by far the largest temple in Egypt. It has almost an acre of stone pillars which gives you an idea of just how massive the original temple must have been. You can walk from one temple to the other, but it is probably easier to hire a horse drawn carriage. Don’t worry, the carriage drivers will find you. Collectively these ruins are in the Ancient Thebes with its Necropolis UNESCO World Heritage Site.

29 thoughts on “The Seven Wonders of Egypt”