In 2014, I made the decision to cut back on my travels. In the two previous years, I had set foot in over 40 countries each year. I was getting burned out. 2015 was the year I instituted that change. The year I only set foot in 13 countries on 4 continents, the lowest number since I started traveling. I visited only 9 new UNESCO World Heritage Sites, leaving me stranded at 299 for most of the year.

Nonetheless, in terms of photography, it was a pretty good year. I won a Gold Medal in the annual SATW Muster Competition in the People category. I also won 8 awards in the annual NATJA competition, 6 of which were for photography.

I continue to improve and get better as a photographer. Even though I visited fewer places in 2015, I feel that I took more quality images this year than I have in past years. 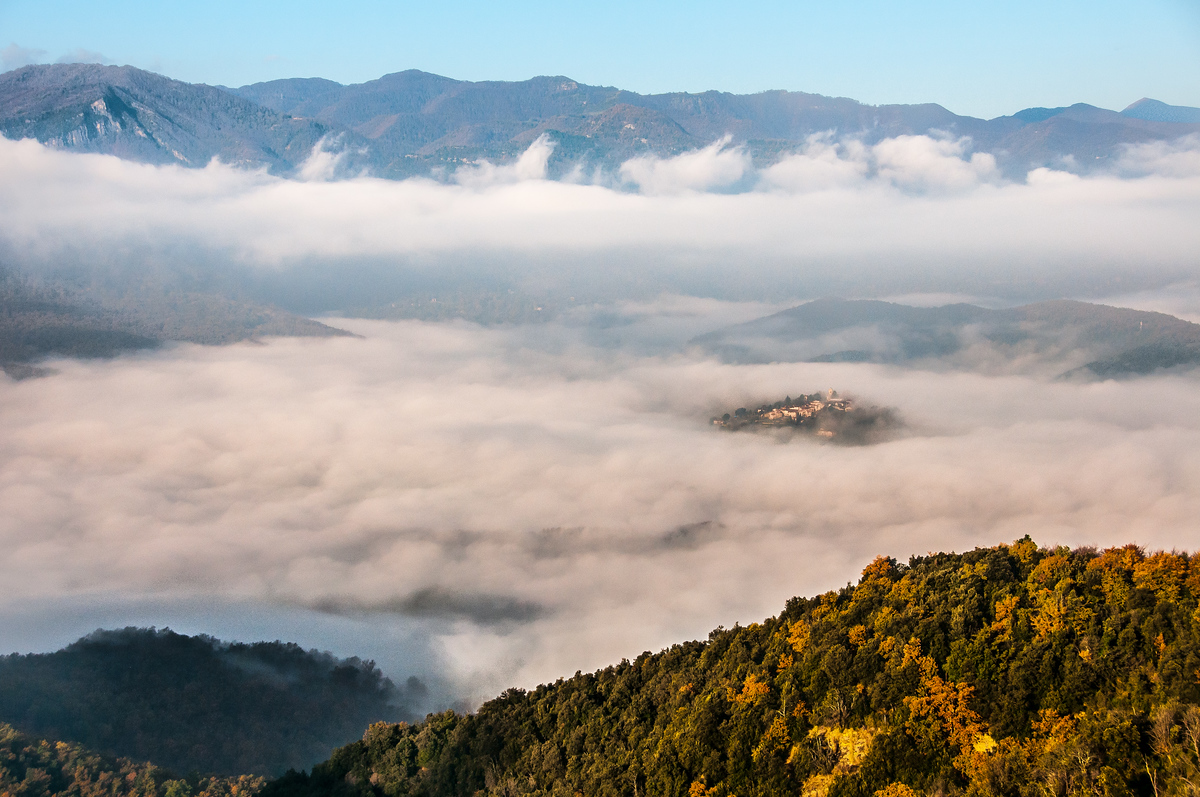 1I began my year in the Catalonian Province of Girona where I stayed for 3 months. I took this photo while visiting the Garrotxa Volcano. The clouds parted just enough for this village to appear.

2While up in the Pyrenees we came across a farmhouse. The owners weren’t around, but this dog was inside the house and really wanted to come out and see us.

3I started taking more abstract shots this year. I went visiting some local farms in the region and I took this one on a morning when it was foggy.

4 I tried to do more this year to capture smaller moments, not just big dramatic landscapes. This was taken during a sheep herding competition. The sheep were in a pen waiting for the next round of the event, staring at me.

5While in Girona I took a side trip to Finland for a conference. While I was there I visited the Aland Islands, a Swedish speaking archipelago which is part of Finland.

6 In late January I left Girona and flew to Alberta. My goal was to photograph the frozen bubbles in Lake Abraham. The conditions weren’t perfect, but I did manage to get some shots.

7 I had been to the parks in Alberta several times before, but always in the summer. Seeing them in the winter put the parks in a whole new light and allowed me to see things in the park I had never seen before.

8 Winter in Alberta isn’t just stunning, frozen landscapes. There is also a great deal of winter activity going on. This father was teaching his daughter how to ice skate on Lake Louise.

9 During my time in Banff, Callum Snape took me to a spot which few people know about and even fewer have seen. The cabin of The Hermit of Inglismaldie. The cabin was built in 1910 by Billy Carver who moved to Banff from England. He lived in the cabin for 27 years until he was taken to an old age home. The cabin has been abandoned since 1937. Today you can still see remains of his stove and some pots outside of the cabin. 10 In February I finally got a chance to visit the Kennedy Space Center in Flordia. I was on my way to Haiti and I took the opportunity to fly to Florida early to go exploring.

11 In February I was on the inaugural trip to Haiti with G Adventures. It was an incredible experience being able to see a country which is right next door to the US, but few people bother to visit. This photo was taken in front of the Palace of Sans Souci and won me a Gold Medal in this year’s Muster Travel Photography competition.

12 There is so much to see in Haiti. This photo of a hillside in Port-au-Prince was my most liked photo on Instagram in 2015.

13 I took this photo in a hotel bar in Jacmel, Haiti. I don’t think anything in here had been updated in several decades. It was the type of bar you’d read about in a novel. 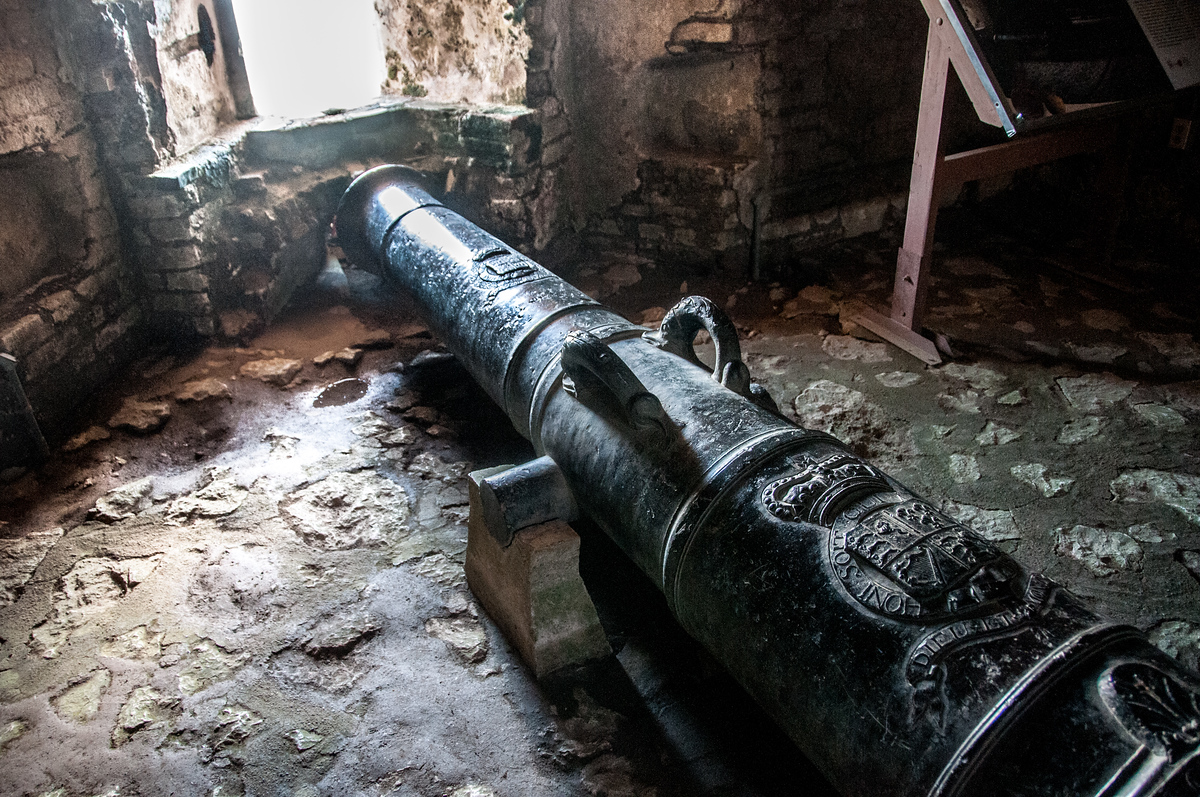 14 This Citadel in Haiti is one of the most impressive, and least known attractions in the Americas. It is the largest military fortress in the Western Hemisphere and, by far, has the largest collection of cannons and cannon balls I’ve ever seen. They have over 100 Spanish, French and British cannons. Most military fortifications you visit from the 18th or 19th century might be lucky to have a handful.

15 I left Haiti by land and went to the oldest city in the Western Hemisphere: Santo Domingo in the Dominican Republic. I only spent 4 days there and didn’t leave the old part of town, but it was an interesting place to experience.

16 In April I took a short trip with my assistant Amy and her family to visit Hot Springs National Park in Arkansas and Poverty Point, Louisiana, one of the America’s newest world heritage sites.

17Later in April I returned to Girona to attend a conference. Afterwards, I drove to Paris to shoot video for my upcoming travel photography training course. Along the way, we stopped in Bourges to photograph their World Heritage cathedral.

18 Paris is such a photogenic city. Almost every street has something to photography. I took this photo outside the Louvre as museum goers prepare to enter.

20It is hard to take an original photo of the Eiffel Tower. I don’t know if my photos are original, but I had a blast photographing it at night, which was something I hadn’t done before.

21For one of the videos, I did a photo walk from the Louvre to the Luxembourg Gardens, just shooting vignettes of life I saw along the way. One of them was this bookseller along the banks of the Seine, near Notre Dame.

22These young girls were engjoying their day in the Luxembourg Gardens blowing bubbles and playing.

23On the way back from Paris to Barcelona, we stopped at two places I had always wanted to visit. The first of which is the famous Mont St. Michele.

24The other placed we stopped was in Normandy. We visited one of the American cemeteries in the region where the American dead from WWII are buried.

25In June I had a once in a lifetime opportunity open up to me. I was invited to land and stay overnight, on a nuclear aircraft carrier. I drove to Norfolk, VA and along the way, I visited two unvisited national parks in the east: Cuyahoga Valley National Park in Ohio, and Shenandoah National Park in Virgina. This image is of a covered bridge in Cuyahoga Valley.

26Being on the deck of an aircraft carrier is unlike anything I’ve experienced before. To see how everyone operates in synch, and to experience the raw power of jet fighters, is simply incredible.

27They were doing certification during our visit in preparation for heading out to the Middle East. We were able to witness dozens of take-offs and landings. They were able to turn the planes around in a matter of minutes.

28Other than the deck of an aircraft carrier, the only place I know of on Earth where you can viscerally experience the power of a jet engine is Maho Beach on the island of St. Martin.

29In July I had several conferences across the United States. As always, I try to mix in some adventure with the business. My first trip in July was back to the Florida Keys, which I visited in February. Weather nixed my visit to Dry Tortugas National Park then, but I managed to finally get there in July.

30While in the Keys we visited Robbie’s on Islamorada where they have tarpon feeding. You buy a bucket of fish and get to feed the tarpon which have learned to feed there. Here is my friend Justin taking one for the team as his hand is engulfed by one of the fish.

31After attending a conference in Austin, I drove down to San Antonio to visit the United State’s newest UNESCO World Heritage Site: The Missions of San Antonio.

32In August I headed to the Atlantic provinces of Canada to visit some national parks. Hopewell Rocks, although not a national park, is one of the best palces to observe just how big the tides in the Bay of Fundy are.

33Fundy National Park in New Brunswick was a pleasant surprise. There is a lot of photograph in a very small space. This image is of Dickson Falls inside the park.

34Prince Edward Island National Park is one of the smallest in the Canadian park system, but it is also heavily visited by locals going on getaways.

35Without question, the highlight of my year was my visit to Torngat Mountains National Park in Labrador. A little-visited park, it had Inuit culture, wildlife, and fantastic visits like this one. This photo is of the North Arm of the Saglek Fjord at sunset.

36The village of Hebron was the scene of one of the biggest tragedies in the Inuit community. In the 1950’s the Newfoundland and Labrador government forcibly removed all the residents of the community. You can still see the ruins of the buildings today and it has been declared a Canadian heritage site.

37During one of our excursions we had a shore lunch with fresh arctic char caught right on the spot. This is David, an Inuit elder, who caught a good number of the fish we ate.

38Even in late August, you could find icebergs off the coast of Labrador. The water that far north is so cold, that it doesn’t give icebergs much opportunity to melt. 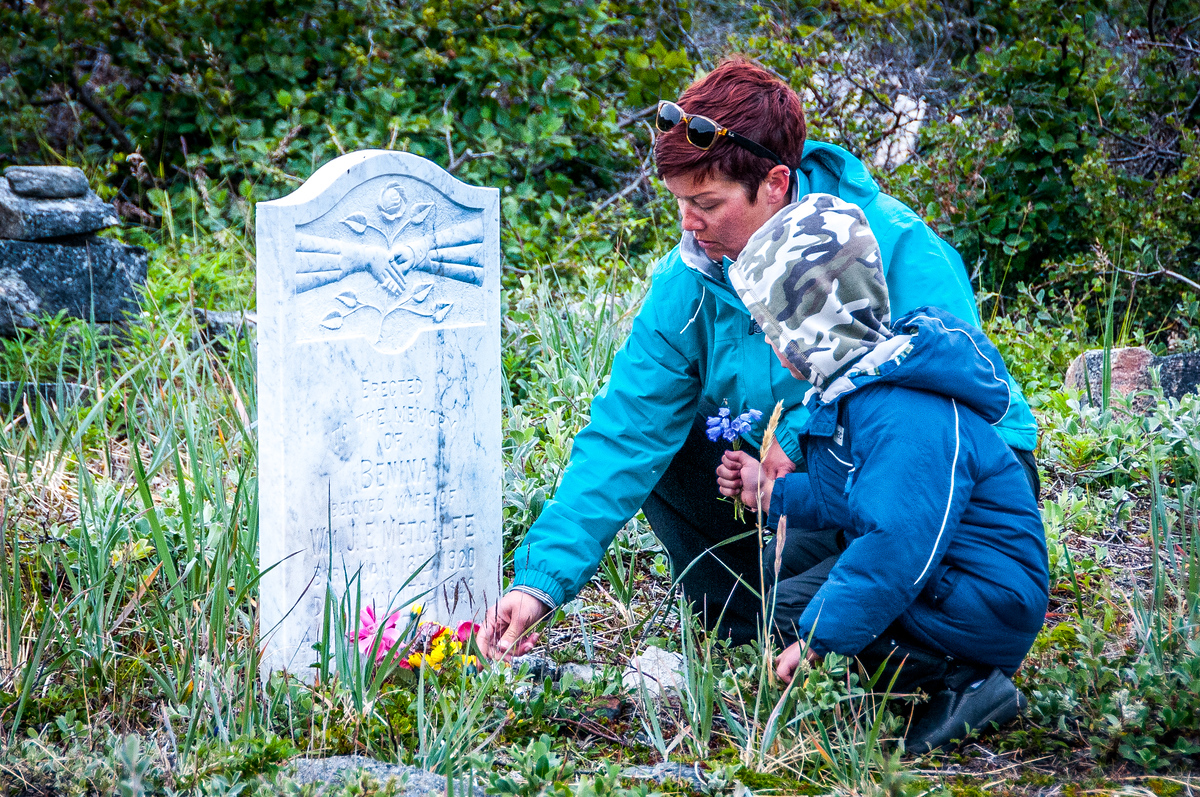 39During our visit to Hebron, one of the women working at base camp had a grandmother who lived in Hebron. She brought her son to lay flowers on her grandmother’s grave.

40In September I had my annual photography tour. This year the tour was in the Galapagos Islands of Ecuador. The tour started in Quito where I took this photo outside the Quito Cathedral.

Flamingos are a species which you can see around the world. I saw these two sparring on the island of Isabela in the Galapagos.

42You can see sea lions all over the Galapagos. We managed to see a group playing on the beach at sunset and I ran around to position myself to get the silhouette of one against the sun.

43This photo was a total accident. I was taking photos of the marine iguanas and didn’t even notice that there was a shark passing in the background!

44We rare sighting of two Galapagos hawks during our trip. They were feeding on a placenta from a newborn sea lion. They weren’t that far from us but acted as if we weren’t even there.

45Tortises in the Galapagos have been hunted since Europeans arrived. As an extremely old species, they don’t breed quickly. This photo of juvenile tortoises was taken at a breeding center on the island of Isabella.

46After the Galagapos I literally traveled around the world in October, going from Toronto to Chile, to Thailand to Florida to California. However, I didn’t take many photos as it was all for conferences. I did, however, manage to take this photo one morning in Puerto Varas, Chile.

I didn’t snap a single photo in November or December this year. I made a big changed by moving into an apartment in Minneapolis. Having a base will actually allow me to travel more in 2016 and create more photos for you to enjoy.