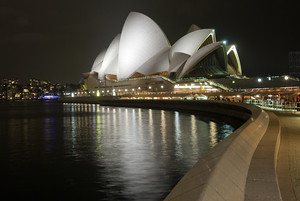 Over the course of the last five years, I’ve been able to explore more of Australia than most Australians have. I’ve been to every Australian state and territory and have driven over 20,000km throughout the country. My recent trips to New South Wales and Victoria this year have given me a new opportunity to see Australia and reflect on some of the changes I’ve seen over the last 4 years since my first visit.

Here are some of my thoughts:

Without question, Australia has become one of the most expensive places I’ve visited. It is up there with Switzerland and Ireland in terms of cost of visiting for places I’ve been in the last year. The cost of a bottle of Diet Coke at a 7-11 was A$3.50. The primary reason for the rise in prices is due to a relatively strong Australian economy coupled with a relatively weak US dollar/Euro/Pound. Even people I met from the UK and Europe thought that prices were high. To give you an idea how expensive it has gotten, in late 2008 it took US$0.60 to buy 1 A$1. Today it costs US$1.02 to buy the same Australian Dollar.

Australia has the best budget tourism industry in the world

The silver lining to the cost of traveling in Australia is that fact that probably has one of the best infrastructures for backpacking and budget travel in the world. Despite the size of Australia, most of the country is empty so there are only so many places you can visit. There are well-established routes, especially on the east coast, with affordable hostels and bus routes. Much of the infrastructure built for budget travel in Australia also extends to New Zealand and Fiji. For example, the place I stayed in Melbourne, Nomads Hostel, is a chain with 27 locations in Australia. There are other chains in Australia where you can literally book rooms or beds in the next place you will be before leaving your current location.

Australia has a lot in common with the United States

If you were to draw a line between the US and the UK as endpoints, I think Australia would be somewhere in the middle. The similarities to the UK are obvious (cricket, the Queen, and meat pies come to mind). The similarities with the US are a bit more subtle. I think that Americans and Australians share a similar attitude which stems from having a large frontier. They both have neighboring, English speaking countries who often feel overshadowed (Canada and New Zealand).

Australia is a very sporting country

I think that Australia might be one of the most sports-crazy countries in the world. Their primary sports, however, Aussie Football (AFL) and Rugby League (NRL), are really only played in Australia. The amazing thing is that unlike most other countries, the sports aren’t popular in the same parts of the country. NRL is popular in NSW and Queensland, whereas AFL is popular in Victoria, South Australia, and Western Australia. Not only that, but there are NINE AFL teams in the greater Melbourne area, all of which can get up to 30,000 people to attend a game! Even though Australia has only 2/3 the population of Canada, they still bring home more Olympic medals every year.

I’ve driven from Melbourne to Cairns and from Darwin to Perth. I’ve also taken a bus from Adelaide to Darwin. I’ve covered a good chunk of the country by land. Until you have actually been there, it is hard to grasp not just how big Australia is, but how empty it is. It is the size of the continental United States with slightly more than half the population of California. The vast majority of the country isn’t fit for growing anything which is why almost everyone lives on the coasts. Despite its large size, it will have a hard time sustaining population growth because so much of the land is arid.

I don’t know if I’ll be back to Australia in 2012, but it is one of those places I’ll always be returning to. I look forward to my next visit.