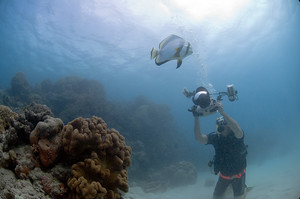 This the third installment in a series for my 4th Travelversay Celebration.

Of all the lists in this series, this is the one that I might be the least confident about. I’ve done a fair amount of diving (about 100 dives) but I am a far cry from some of the real professionals out there. I could see how a real dive pro could put together a list as good or better than mine without any overlap. I don’t know if these are the best diving in the world, but I liked them.

I also do not have many photos to show for this list. I’ve only taken underwater photos on a few of my dives. The cost and weight of underwater photography gear is too heavy and expensive for me to justify carrying around.

Learning to SCUBA dive is one of the best things I’ve done since I started traveling.

The Exmouth Pier dive is one of the most unique dives I’ve ever been on. It isn’t a coral reef or a wreck. It is a pier which was built by the US Navy for a submarine base. To enter the water it required a 6 foot jump into the water in full gear. The biggest thing I remember from the dive was a giant sea snake (which is poisonous) and one of the dive masters holding and handling it. I briefly touched its skin. I’m not afraid of sharks, but venomous sea snakes do freak me out. 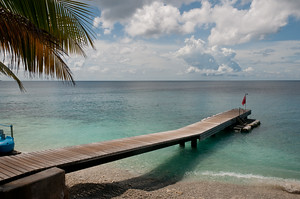 I went diving in Curacao off the dock of the Kura Kulanda Lodge It was a simple wall dive, but the fish and the coral were wonderful. I always prefer locations where you can shore dive over doing boat dives. I could see Curacao ranking higher if I had more opportunity to dive on the island.

The best wrecking diving I’ve done has been in Aruba. I’ve been told that the wreck diving in Chuuk, Micronesia might be better, but I wasn’t able to dive in Chuuk because a conference on the island had all the rooms booked when I was supposed to visit. I did two wreck dives on Aruba, including the Antilla, which was a German supply ship scuttled by its crew at the outbreak of WWII. At 60 feet, the entire dive was spent going around the ship. 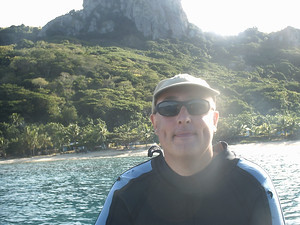 Maybe not the hottest dive spot in Fiji, but it is the only place I’ve been diving there, so that’s why it is on the list. The dive industry in the Yasawas isn’t what I’d call developed. Most of the dive shops are very low budget operations run by local village resorts. When I visited in 2007, most of the dive masters were Westerners, but when I returned in 2010 it was run by Fijians. The one thing Yasawas has going for it is extremely clear water. 40m visibility is not uncommon. It also has some of the most colorful hard coral beds I’ve seen anywhere. Given the clarity of the water there are several places where you could get almost as good of an experience just snorkeling.

My diving experience in Lanai was only two weeks ago. I did two dives in lava tubes called Cathedrals 1 & 2. You can only find lava tubes in certain places, and what I saw on Lanai were the best I’ve seen. I learned to dive nearby on Maui and the Cathedrals were much more impressive than anything I saw on my Maui dives. The caverns were large with beams of light coming through the top and the sides. Cathedral 2 was larger enough that you could swim through several different levels of tubes.

I dove in Grand Cayman during a stop on a Princess cruise ship in 2009. It was quick, but I came away impressed. My favorite part of the dive was Stingray City. There is a section which is frequented by snorkelers, but we went to a deeper spot where you have to dive to be with the stingrays. While I was there I was “attacked” by one of the rays. Their mouths don’t have teeth so much as suction ports. I had some squid scent on my arm and one came up and latched on to my forearm with the power of an industrial strength vacuum. I had a hickey on my arm for several days after. 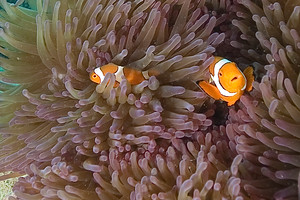 This is on the bucket list for many people. The thing with the Great Barrier Reef is that you can only see how great it is from space. It is so big that you can’t even see the reef from the shore. It is an hour boat ride from the nearest port. That being said, once you get there it is pretty damn nice. I saw more clownfish during my dives in the Great Barrier Reef than I did everywhere else combined. While it is a very good dive site, it just didn’t stick out in my mind like other locations did. It is very touristy, far from shore and many spots seem to be over dived. While the totality of the Great Barrier Reef might warrant it as a wonder of the world, you can only experience one tiny bit of it at a time, and those bits don’t stand out as much as other places have. 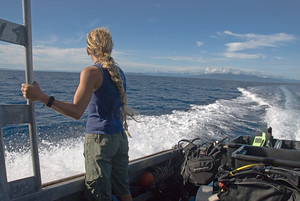 I probably did more dives in Kimbe Bay than I have anywhere else. Kimbe is the home of the greatest diversity of coral in the world. It also has some of the warmest water I’ve experienced in the world (about 84F). I did my deepest dive in Kimbe (about 42m) to see some pygmy seahorses. In addition to the coral, I also saw a crashed Japanese Zero fighter plane from WWII. Kimbe Bay is off the island of New Britain, not the main island of New Guinea so it does require a flight from Port Morsby to get there. I stayed at the Walindi Plantation Resort which is run by British expats who have been running dives in PNG for years. 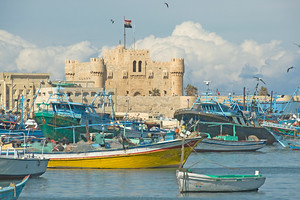 I’m not sure how many dives around the world are like the one you can find in Alexandria. Just outside the walls of the Alexandria harbor, just a few meters from Fort Qataby, are the remains of the original Lighthouse of Alexandria, one of the original Seven Wonders of the World. You can see the original blocks of the lighthouse as well as sphinx statues and other artifacts. The water was very cold when I dove (about 54F) and the water was very murky. It is also a very shallow dive (about 9m max). Nonetheless, the cold and murk was worth it. There are only a small handful of archeological dive sites in the world, and no others where you can see such a significant ruin. There is only one dive company in Alexandria so you will pay a bit more, but it is worth it. 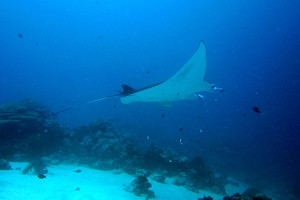 Picking the positions on this list was difficult except for number one. Ever since I visited, Palau has been my favorite dive spot in the world. Palau is a very small country (about 20,000 people) that economically relies on the diving industry more than any other country in the world. As a result, they also have some of the most stringent controls in the world to protect reefs and marine life. I saw more sharks and manta rays in Palau than in any other location. I can rank Palau #1 without even including the Jellyfish Lake, which is technically not a dive site.