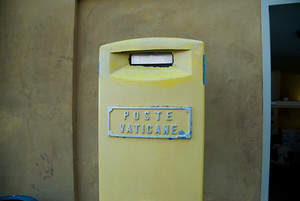 This is by far my biggest Q&A column ever. I had a over 30 questions asked this month. If you would like to ask a question for next months Q&A, just follow me on my Facebook page and pay attention to when I put out my next request for questions.

Without any further ado, here are my answers to your questions

Matt Vattes asks: Which places that you’ve traveled to have been nearly identical to your pre-conceived mental picture and which places were totally radical from what you had in mind?

The places which were the most like what I thought they would be are the cities which have had many movies and television shows filmed there. In particular New York, London and Paris. In fact, the first time I was in mid-town Manhattan I was so familiar with the sights I have seen from television, I felt like I had actually been there before.

The places most unlike what I expected were some of the remote Pacific islands. The image which is sold is of white sands and palm trees. That does exist, but the camera never shows the other side of the beach. It doesn’t show you that there is usually little fresh water available, it is hard to grow food and they are usually far from shipping channels.

I actually love the Pacific but it was far from what I thought it would be.

Button Roberts As an american traveling to Europe, is it better to go with a group (everything structured/paid for in advance) or buy a plane ticket, get there and wing it?

If you are just going to a major city like London, Paris or Berlin, I think you can get by easier by just going yourself. You can probably do it cheaper and have much more flexibility in your schedule.

Then again, I’ve been traveling by myself for over 5 years.

There are some people who are nervous travelers and are not very experienced. Those people might be better off taking a group tour.

My only advice on taking a group tour is to avoid large groups. Anything more than 12-16 people is pushing it. If it requires traveling in a bus, you should definitely avoid it. A company that provides small group tours like G Adventures is a better option. (disclosure: G Adventure is a sponsor)

Chloe Bowman Traveling to Barcelona, Rome, Naples, Florence, Cannes on a cruise at the end of the month. Any “must see” sights that aren’t the obvious tourist attractions? Will have baby in toe but able to hand him off to grandma for some excursions if necessary. Also, what are your most economical transfer recommendations from port to city.

The problem you will be facing is that Rome and Florence are nowhere near the sea. That means you have to take a bus into town (usually 1-2 hours) which seriously cuts into your day, which is already limited because you have to be back on the ship before it sets sail.

What you should see totally depends on if you have been to these places before. If you have never been to any of these cities, I’d just try to hit the highlights. There is usually a big red convertable bus which drives around the city stopping near major attractions. It is not a bad option if you don’t have much time to spend.

You can never hope to see all the sites in one day in a city like Rome or Florence, so don’t even try. Hit some of the high points (Vatican, Colosseum, Forum) and assume that one day you will return.

Lorenzo Gonzalez I notice many travel photographers exaggerate the use of HDR. Is it only me that thinks too much HDR makes the photo not look natural?

No, you are not alone. HDR (High Dynamic Range) photos often go overboard. In fact, I’ve noticed when many bloggers discover HDR, all of a sudden all their photos will be over done HDR for the next several months.

I can’t say I’ve never gone overboard doing HDR, but it is something I’ve been trying to avoid lately. In fact, given the ability of Lightroom 4 to correct highlights and shadows, my need to do HDR has almost disappeared.

Chanel Desiree Jones What is your favorite method of transportation (plane, train, rental car) while you travel?

If I had to get somewhere which was 8 hours or less away by car, I’d prefer to drive. If the train has wifi and I don’t need a car in the destination where I am going, I’d prefer taking the train.

Despite how much I fly (over 150,000 miles this year), I really don’t like the act of flying. It is a reality I have to deal with given what I do, but sitting in a small seat in a confined metal tube isn’t my idea of fun.

Lisa Pfrommer Hardy How do you travel light AND take such great pictures. Can you give us the essentials?

While there are sometimes when special equipment would come in handy, those are few and far between. You can do most of what you need with just the basics. Focus on setting up your shot, getting good lighting and take the time to edit your photos.

Cori K I’m a graduate student strapped for cash, so my camera isn’t anything fancy (just a Nikon Coolpix L100, unfortunately), but I really want to get the best shots I can. Any good tips for those of us with low-end tech on making the most out of what we have?

What is the difference between a point and shoot camera and a high end SLR? Strip all the bells and whistles away and you have two primary differences: 1) the size and quality of the sensor. The hunk of silicon which records light. 2) the optics of the lenses.

The size of the sensor usually comes into play when dealing in low light conditions. The better light you have, the better the quality of your photos. Be mindful of the light around you. Don’t just pull out your camera, click the button and expect an amazing image.

Also, don’t try to take a photo that you lens isn’t capable of taking. This means avoiding the use of “digital zoom” (which is not in fact zoon at all).

The only real practical way to travel in the Pacific is by air. There are no regular passenger boats that run between the major islands between countries. Even transport ships usually run routes between Suva/Apia/Nu’kualofa and Auckland/Sydney, not between the other island countries.

The Pacific is very different than the Caribbean, where the next island is often only an hour away by boat.

Hilarye Fuller I’m curious… do you ever just sit back and watch TV shows or movies? You seem to be on the go all the time and just wondering if you ever just take a day and sit around for no good reason!

Yes I do. I call them anti-vacations. I will usually just stay in one spot, play video games or catch up on TV shows that I’ve fallen behind on.

Kaleb M Garcia Nunez Do you collect anything more than photos and experiences? For example coins/bills, traditional artifacts, etc.

When I started traveling I often would buy something and ship it back to my parents. I stopped doing that after about 9 months because shipping things was more expensive than buying them.

Now I just take photos and collect the occasional coin or bank note, which is something that is light and easy to carry.

Kent Foster Can I ask two, since my Packers question doesn’t fit into the parameters? 1-Do you plan to keep living this traveling life as you have been doing it for the foreseeable future? It isn’t too exhausting? 2-The relationship between you and the companies/tourism boards/sponsors, do you always specify exactly what you will do for them in the way of exposure? As an example, when you flew on Cathay Pacific’s business class?

1) I plan to keep traveling for as long as I can. I will probably slow down my pace, but if I’m in one play for any length of time I get antsy.

2) There is never any explicit quid pro quo when I work with a tourism board or if I do a single project without pay with a company. As a blogger, I need things to write about and most destinations what to have their place written about, so it is a good fit. If someone did say “we demand X number of blog posts” I just wouldn’t do it. In the example you use with Cathay Pacific, they just launched their new premium economy seats and wanted journalists to talk about it.

For my paying sponsors I will usually have a contract. However, I put them in a different category as there is money involved and I am up front about disclosing the fact that they are my sponsors.

Tom Lazor What zoom point and shoot camera do you recommend? I don’t like lugging around a heavy DSLR when traveling.

I don’t use a point and shoot, but if I was I would probably get a Canon G12. I’ve only heard good things about it, it shoots in RAW and I’ve seen some fantastic images taken with it.

I’m actually considering getting one just for doing underwater photography without a bulky setup.

Austin Beeman Have you ever visited a place where you felt, ” i really want to live here.” and where was it?

Yes and no. I’ve had places I’ve really enjoyed and have stayed there for extended periods of time, but I’m not sure I’d want to spend my whole life there.

Whenever I want to go and relax and get some work done, I will often go to Bangkok. However, I’m not sure I’d want to spend more than a few months there.

Around the World with Kid We are curious…Is there a particular one action or event you can pinpoint to sometime in the past that led to the tipping point or realization that you could live off your travel blog? Or… was it just a long series of small and perhaps insignificant events that led to it?

It wasn’t so much a realization that I could do it so much as it was a decision that I was going to.

I made a decision back in late 2007 after I had been on the road for 9 months to try and make a business out of this. I developed a plan and set out to do it. It took me years to get a point where I could actually make a living from traveling and running this blog.

Marcello Arrambide What would you consider ur 7 wonders of the world in áll the places u have seen?

Off the top of my head, I’d list the following:

2 thoughts on “September 2012 Questions and Answers”