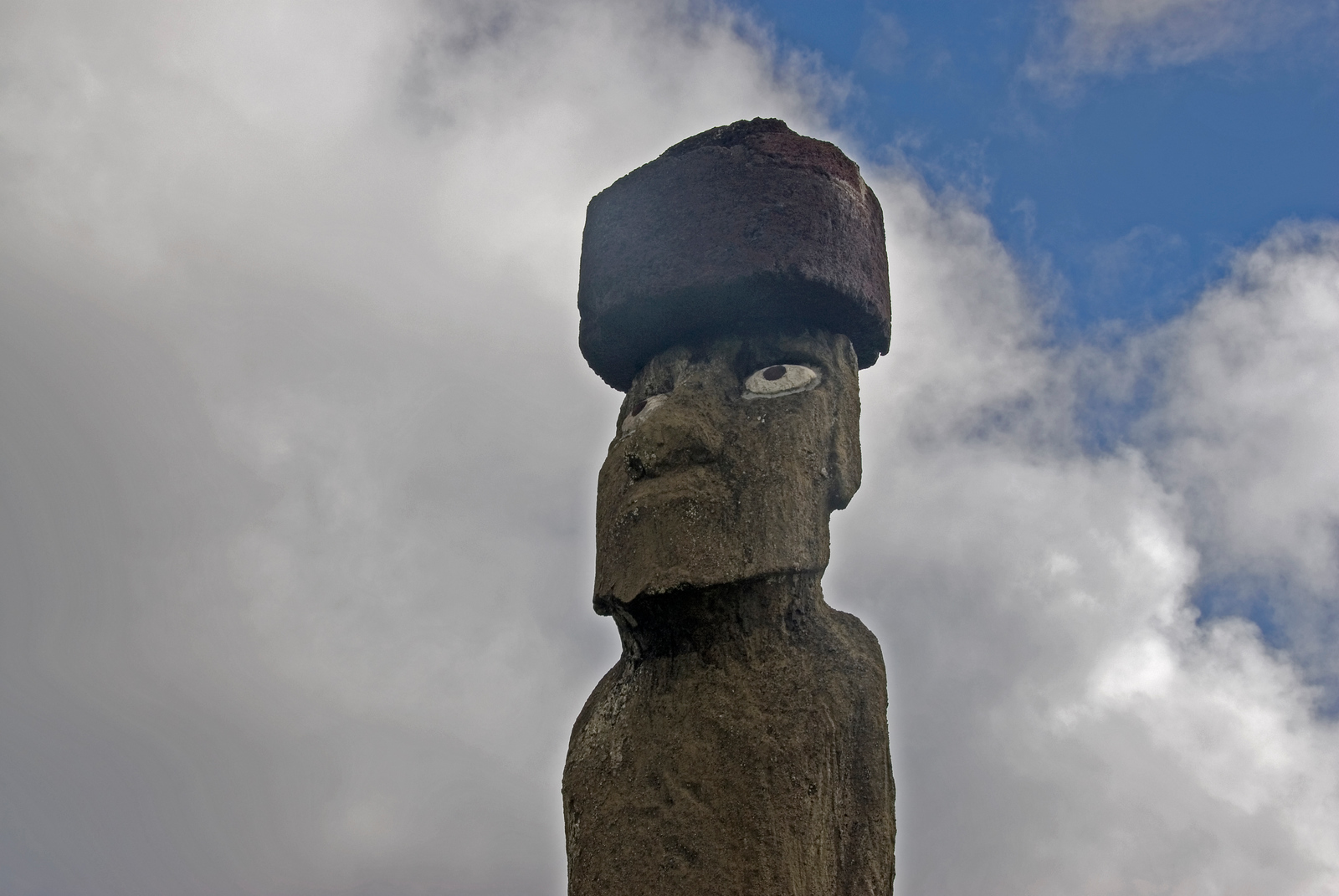 Easter Island, also called Rapa Nui, is the most isolated island on Earth—it’s located 2,000 km from the nearest speck of land and 3,700 kilometers from the continental coast of Chile, and yet Easter Island has captivated the world. Famed for its stone heads—or moai, as they are known locally—the entirety of Easter Island is easily one of the wonders of the world.

It’s also one of the most incredible UNESCO World Heritage Sites you can visit anywhere on Earth thanks to the mysterious, ancient Easter Island heads that have fascinated the world for centuries—since their rediscovery by the Dutch in 1722 (on Easter Sunday—hence the name).

Why are the Heads & Statues on Easter Island Important?

UNESCO recognized Easter Island and Rapa Nui State Park as a Chilean site of global cultural heritage in 1995 because of the large megalithic shrines built on the island between 1400 and 1650 AD by a Polynesian society dating back to 300 AD. The moai statues are the most distinctive features of Rapa Nui National Park, and these shrines and enormous stone figures have given the world something entirely unique: a cultural landscape where nature, history, and culture combine into one fascinating story.

The estimated 900 moai stone statues are the most recognizable aspect of Easter Island, but the entire site is important because of the other ancient architectural wonders, which include thousands of other structures on the island, including: 300 ceremonial platforms, agriculture and funeral rites structures, housing and production archaeological sites, and evidence of other types of activities from the Rapa Nui people.

As if that weren’t enough, ancient pictographs, petroglyphs, and rock art throughout Easter Island give more fascinating clues to what life was like for the Rapa Nui people of Easter Island.

The island was colonized toward the end of the first millennium of the Christian era by a small group of settlers from Eastern Polynesia, whose culture manifested itself between the eleventh and seventeenth centuries in great works such as the ahu –ceremonial platforms- and carved moai – colossal statues- representing ancestors. Rapa Nui National Park most prominent attributes are the archaeological sites.

The ahu vary considerably in size and form; the most colossal is the Ahu Tongariki, with its 15 moai. There are certain constant features, notably a raised rectangular platform of large worked stones filled with rubble, a ramp often paved with rounded beach pebbles, and leveled area in front of the platform.

All About Easter Island Statues

Even though the giant Easter Island stone statues appear huge heads towering over the ground in most cases, these are actually full-bodied statues. The majority of the statues are around 10 meters in height, although they range in height from 2 m to 20 m. Despite the average height, the rest of the bodies were covered in soil, exposing only the heads for centuries and causing most people to believe the Rapa Nui people had purposefully chosen an odd head-to-body ratio.

Given that many still appear almost entirely as a giant stone head because they have not yet been fully excavated, it makes sense why most people assume the stone statues have no body.

The leading photo shows the only moai on Easter Island restored with white coral eyes beaming out from the stone statue. The eyes were discovered after a toppled moai was moved, and the eyes found underneath as a broken but discernable set of coral that fit in the eye sockets of the stones heads. Most of the moai would have had these white coral eyes with black or red coloured pupils, but for now just the one exists. All upright moai on the island—save for those heads found still intact at the quarry—have been restored since 1950.

One of the most fascinating parts of the Easter Island stone statues is the fact that we know so little about why the indigenous people of Easter Island carved them. We also don’t fully know know how they did it!

What is the Meaning of the Placement of Easter Island’s Statues?

Although there have been theories for decades about why the Rapa Nui built the statues in specific areas of the island, there has been little conclusive evidence—until recently. In 2019, researchers took a much closer look at the specific placement of the Ahu—the ceremonial platforms on which the moai sit.

They concluded that access to fresh water and integration into daily life likely played a large role in deciding where on Easter Island the megalithic stones would rest.

The stone quarry on Easter Island, Rano Raraku, was the obvious source for the stone that made the vast majority of the more than 900 stone statues (only 53 were made from a different material). The quarry is an old volcanic crater and the ancient stone and ash served as the perfect materials for the Rapa Nui people to carve and create.

Given the access to yellow–brown lava tuff, it makes sense that Rano Raraku is was the factory, of sorts, for the island’s giant stone statues. Today you can see many statues that are in partial stages of completion near the crater, indicating they were carved on location and later moved to other spots around the island.

How did the move the megalithic rocks? We’ll never know for sure, but archaeologists assume they moved them using similar methods to how the pyramids were built, and the same techniques that also gave us huge standing stone circles such as Stonehenge in England.

The short of it is this: Rapa Nui people used simple picks of hard basalt and then lowered them down the slopes into previously dug holes. The key reason we have solved some of these mysteries if the fact that many moai still exist in every stage of completion: ones just being carved, some nearly complete, and others that were left midway through transporting them to a different site.

Easter Island is not one of the easiest places in the world to visit, but it is worth taking the time to explore this incredible, cultural location steeped in a long history. Use our free planning resources when planning your trip.

5 thoughts on “The Fascinating Heads & Statues of Easter Island”