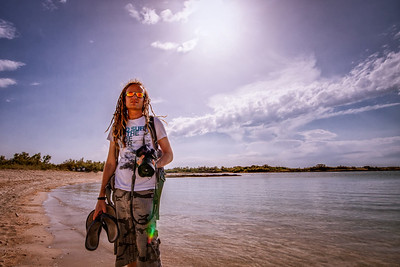 Every so often I showcase the work of other travel photographers on my site. Today I’d like to introduce you to Laurence Norah. He has been traveling around the world since 2009 and blogging and photographing his travels since 2010. He is well known for his stunning landscape images which has garnered him a large online following.

I’ve met Laurence several times at conferences in Europe and I’ve always been a fan of his work. He is one of a select group of online travel photographers who have had great success with his work.

Enough of me yammering, here are his photos….

[1] Fiordland National Park in New Zealand is home to some gorgeous alpine scenery. This shot is from the end (or beginning!) of the famous multi­-day Routeburn Track, near Key Summit.

[2]Italy is one of my favorite European countries. Here, the Molise region as seen on a late Autumnal day by train. 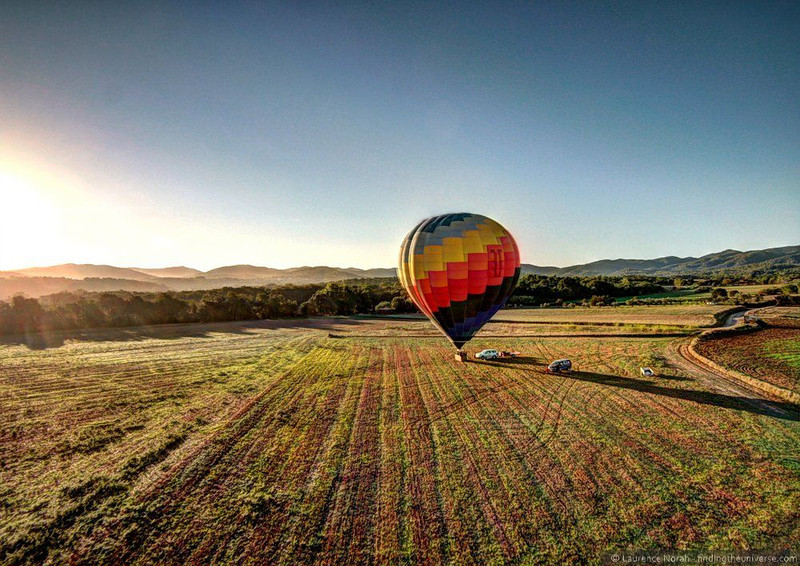 [3]Hot air ballooning is a wonderful way to experience flight. For this shot, I was part of a two-balloon convey in Costa Brava, northern Spain.

[4] New Zealand isn’t well known for it’s beaches, which is a shame, as it has some lovely ones. This is on the East Cape of the North Island, a region that less than 1% of visitors to New Zealand come to. If you’re planning a trip to New Zealand, check out my guides to New Zealand here.

[5]This is the Albanian coastline, as experienced from an 80ft racing yacht taking part in the yearly Brindisi regatta, which features all classes of sailing boats racing between Brindisi in Italy, and Corfu in Greece.

[6]Around 60km south of Munich in Germany are the Bavarian Alps. This particular mountain is the Wendelstein, which you can either hike to the top of, or, if you’re not feeling energetic, you can take the cable car. Either option comes with gorgeous views.

[7]New Zealand’s most famous day hike is the Tongariro Crossing on the North Island, a 20km walk across volcanic scenery. These are the so ­called Emerald Lakes at the top of the walk.

[8]When you’re tired of sunsets, you’re tired of life. Ok, so I might have made that up. Here’s a sunset across the sea in Canoa, Ecuador, a gorgeous little beach town which is perfect for getting away from it all.

[9]Australia is a country that is famed for its beaches, not surprising given it has 16,000 miles of coastline. This is Hellfire Bay in the Cape Le Grand National Park, found in the southern corner of Western Australia.

[10]Thailand has some spectacular natural scenery that is often overlooked by folks looking for a great value beach holiday. Here, the limestones karsts of the Khao Sok national park, where you can stay on a lake house and escape from the world. 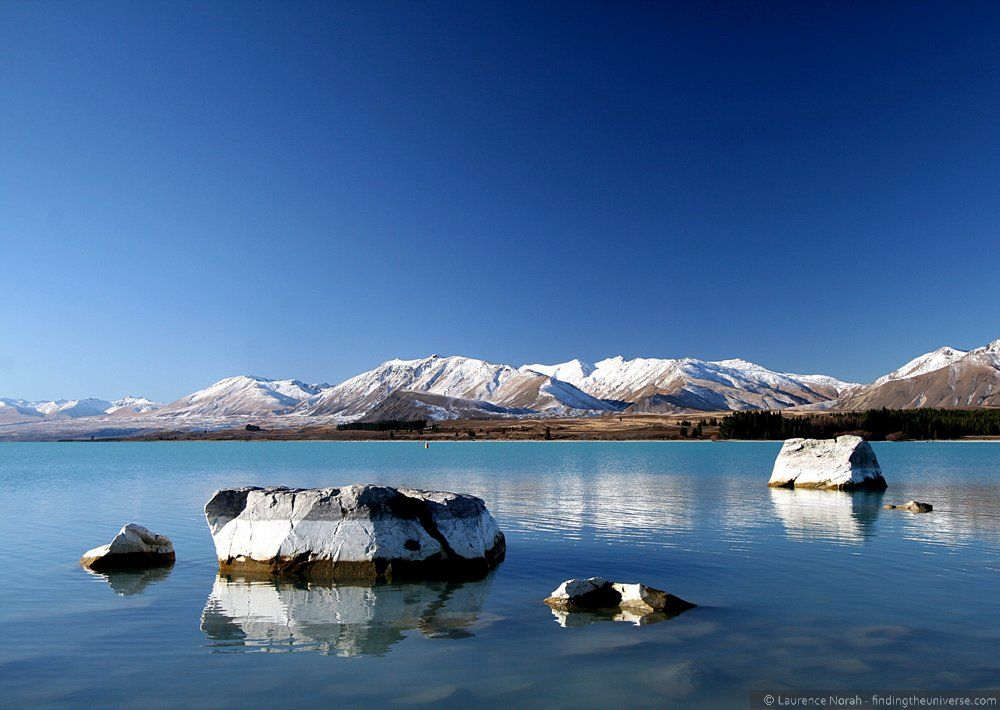 [11]The south island of New Zealand really is a photographers paradise. Here, the glacial waters of Lake Tekapo provide the foreground to the mighty southern alps. 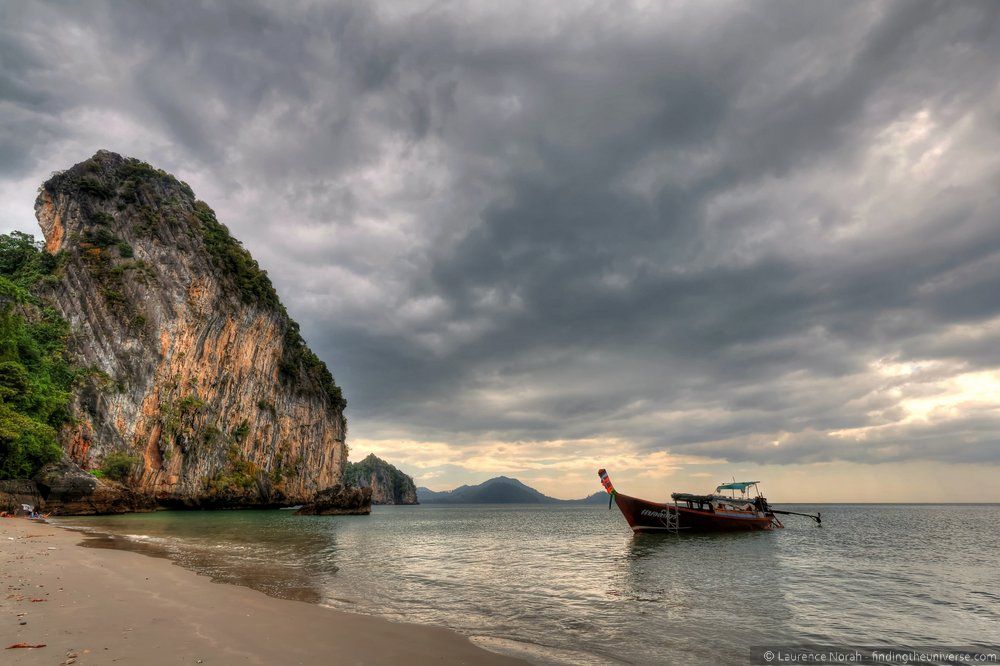 [12]Getting around the islands and waterways of Thailand inevitably involves spending time on a long tail boat. They’re a noisy means of transport, but great for taking pictures of!

[13]Whilst the Tongariro crossing in New Zealand might be the most popular, in my book the best one day hike in New Zealand is up this mountain: Mount Taranaki. This can be found on the west coast of the North Island. Read why, here.

[14]There’s a lot of space in the Australian outback, and some of it is filled with some deeply unusual items. This is the Planehenge structure, to be found off the Oodnadatta track in South Australia. 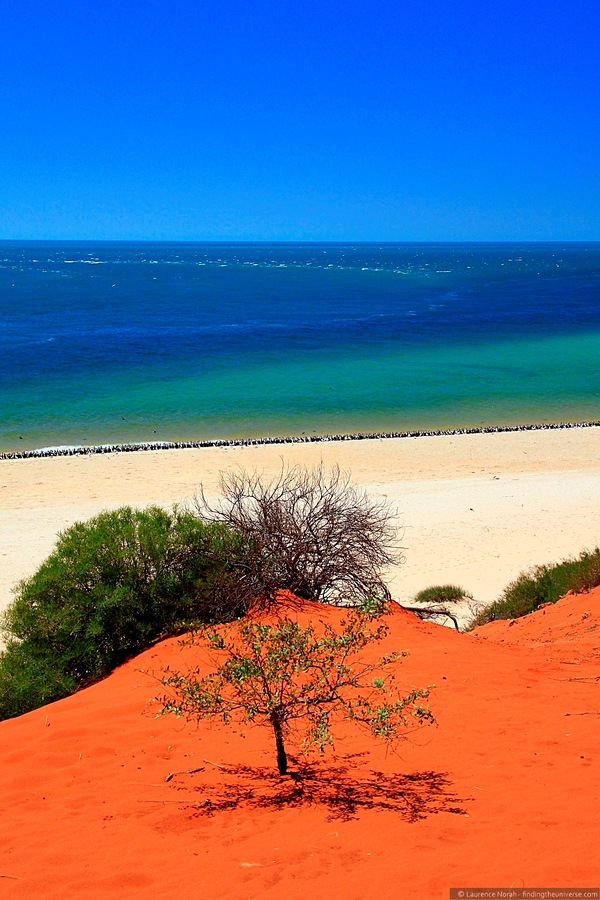 [15]The red sand of Australia was one of my favourite colours out there, usually in contrast with the blues of the outback sky. Here, on the far west coastline, in the Shark Bay World Heritage site, the red sand meets the sea, creating this fantastic contrast of colours. 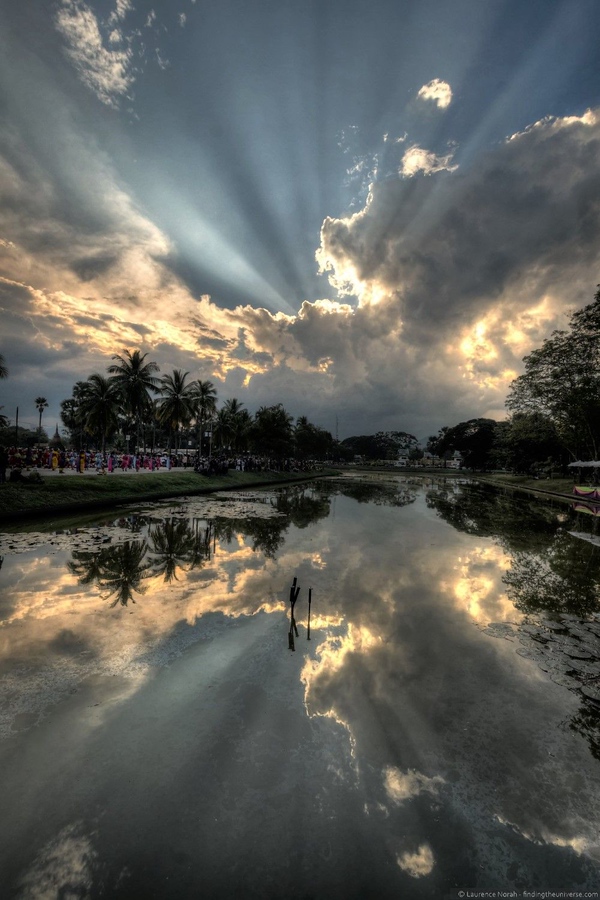 [16]During my time in Thailand, I rapidly concluded that this part of the world is home to some of the most dazzling displays of natural light in the world. Here the sun ducks in behind the clouds at the UNESCO world heritage listed Sukhothai Historical Park, once the capital of Thailand. 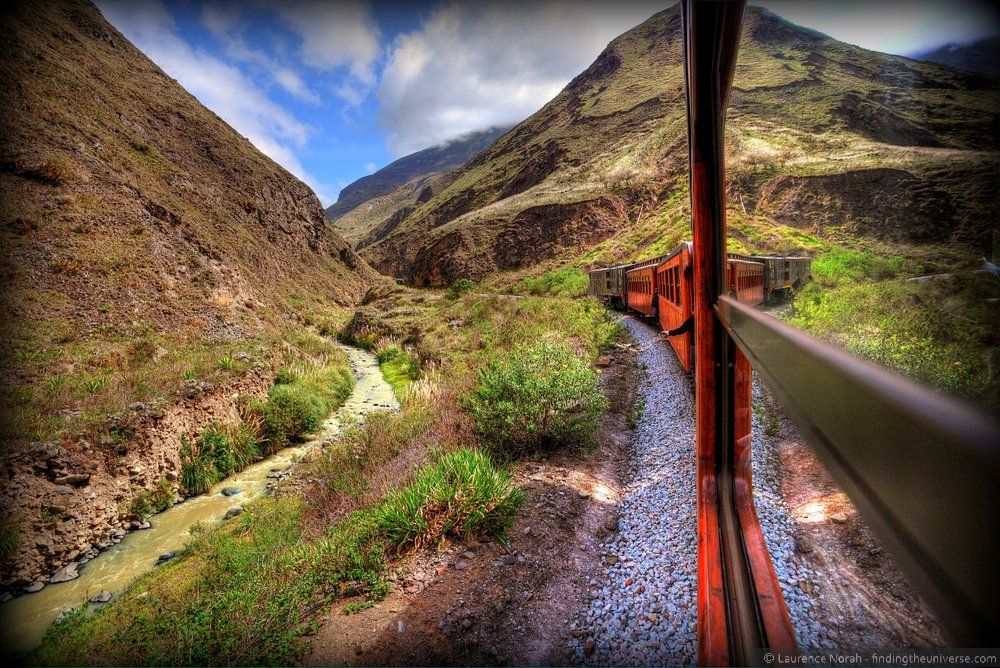 [17]When you think of Ecuador, you probably don’t think of train rides. Which is a shame, because to ride on the Devils Nose train from Alausi, is to experience one of the greatest rail engineering feats of the 20th century. With views to match. 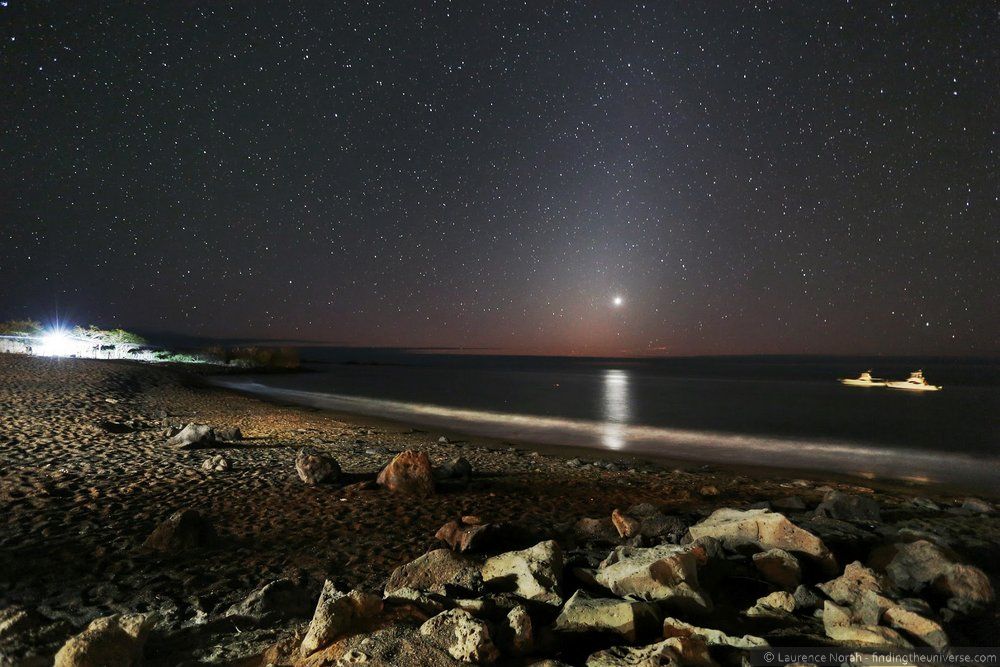 [19]Venus sets across the ocean, as seen from Floreana Island in the Galapagos – an incredible destination for anyone interested in landscapes or wildlife. If you’re thinking of heading to the islands, I put together a guide to help with planning a Galapagos trip. 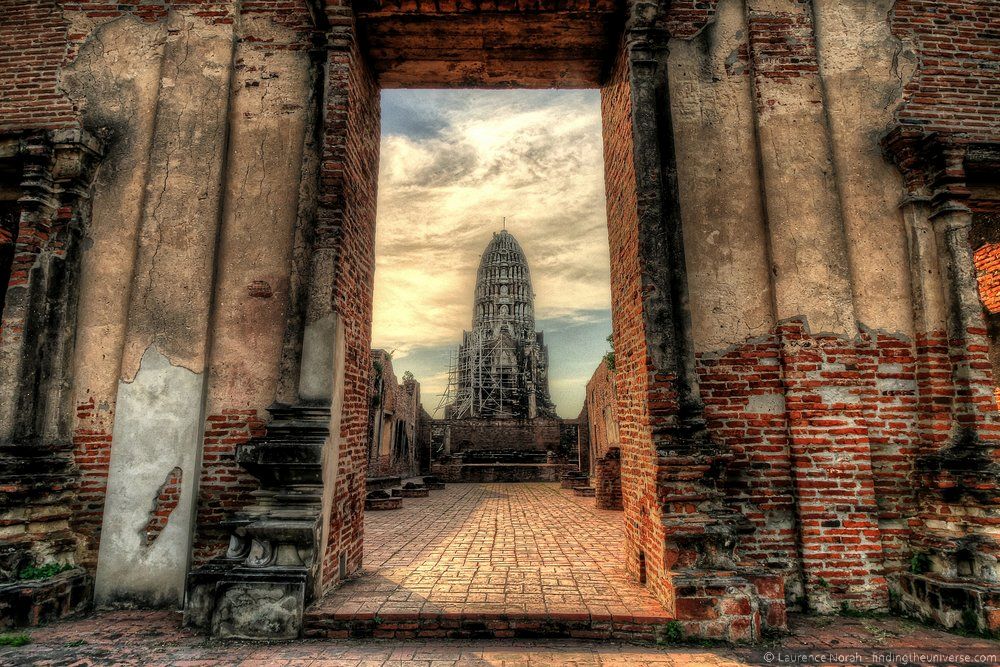 [20]Not exactly a landscape, but I do love doorway shots. This one is of Wat Ratchaburana in the ancient city of Ayutthaya, Thailand – once the largest city in the world!

[21]As already mentioned, New Zealand has pretty much everything a photographer could want. Here, a waterfall cascades down the back of Mount Ruapehu, the north islands highest mountain.

[22]Wave Rock can be found in the Australian outback, an incredible geological structure that looks, as the name suggests, like a giant frozen wave. The hardest part is getting a photo without anyone pretending to surf.

Laurence is a photographer, writer and traveller who documents his (usually fairly slow) journeys on his travel photography blog: Finding the Universe. Find out more about the photography gear he used to take these pictures here.