There are 13 national park service sites in Washington state. Three of the sites are shared with Alaska and Oregon.

Located in Island County, the Ebey’s Landing National Historical Reserve is one of the national park service sites in Washington. It is a rural historic district that preserves the exploration and settlement in Puget Sound. These settlements had been traced back to the 19th century. The historic farms within the area reveal the living patterns and how the earlier settlers utilized the land. This property is unique in that while it is governed by the National Park Service, it is classified as a mix of private, state, county and federal property.

This national historic site is shared by Washington with Oregon, another Pacific Northwest state. There are two units that this site consists of and one of them is located in Washington, on the site of Fort Vancouver (to which the site is named after). The other unit is located in Oregon and the former residence of John McLoughlin. Even though these two sites are currently considered as one, they were designated as national historic sites separately. The Fort Vancouver site was the first one to have earned the national historic site designation in 1961. Meanwhile, the McLoughlin House was recognized as one only in 2003.

Another unit of the national park service sites in Washington is a historical site. It commemorates the site of the Klondike Gold Rush during the late 19th century. Many traveled to the Yukon Territory with the hopes of exploring the many gold fields on the site. The site is located on the United States-Canada border. In order to fully appreciate the value of this site, it is important to explore and discover the history of the region itself. There are over 800,000 visitors who travel to the Klondike Gold Rush National Historical Park each year.

Lake Chelan NRA receives less than 50,000 tourist visits per year. However, it is a popular destination for hiking enthusiasts because the site can be explored via hiking trails.

This US NRA is currently being governed by the National Park Service. It encompasses the Franklin Roosevelt Lake in Washington, along with the Grand Coulee Dam. There are several recreational opportunities within the site for visitors such as swimming, boating, canoeing, fishing, hunting, and camping.

This unit of the national park service sites in Washington is located at the mouth of Columbia River. The site protects and preserves the site of the Lewis and Clark Expedition. During the early 19th century, those who were part of the expedition arrived from the Pacific Ocean and camped at Fort Clatsop. There are also several landing sites within the area that are preserved along with this national historic park.

Meanwhile, the site is currently being co-managed by the US National Park Service, along with the government of Washington and Oregon. It was established in 1958 as a national historic park and gets over 191,000 tourist visitors per year.

This national historical park is unique because the sites are located separately from each other. This historic park was established to protect and preserve the engineering stories and accomplishments that were achieved in the US Government’s quest to build the atomic bomb that put an end to World War II. The two other sites linked to this national historic park are located in New Mexico and Tennessee. 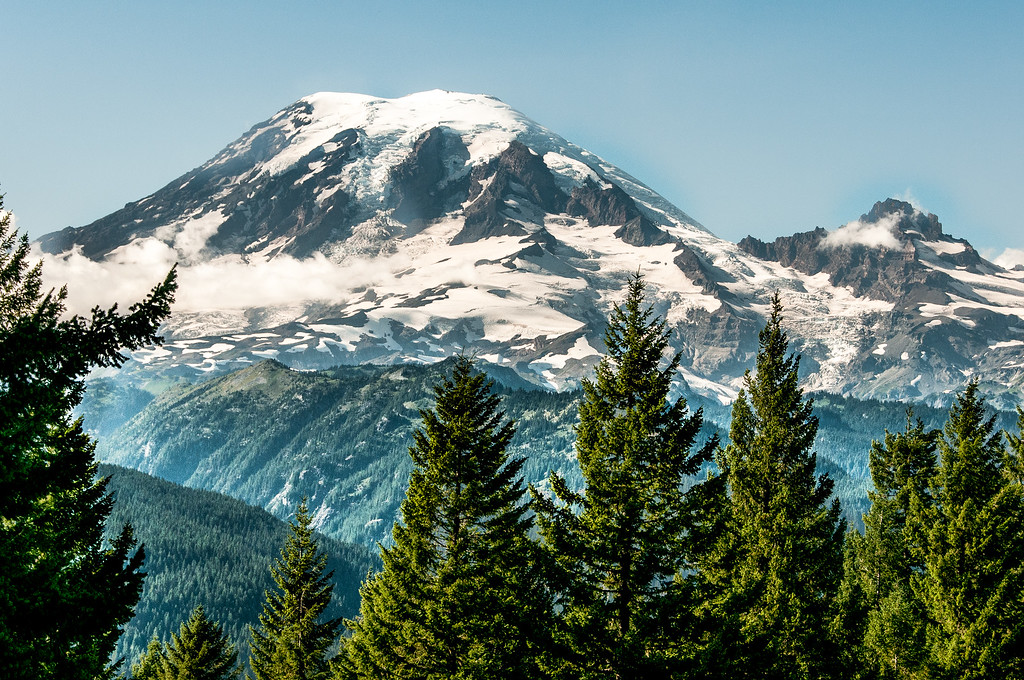 This is one of the main national parks in the US wherein the stratovolcano Mount Rainier is the most prominent feature. It is one of the national park service sites in Washington and is therefore managed by the US National Park Service.

Mount Rainier marks the highest point in the Cascades Range in Washington. Aside from Mount Rainier itself, there are several natural formations protected within the park including valleys, waterfalls, forests, glaciers, and sub-alpine meadows. 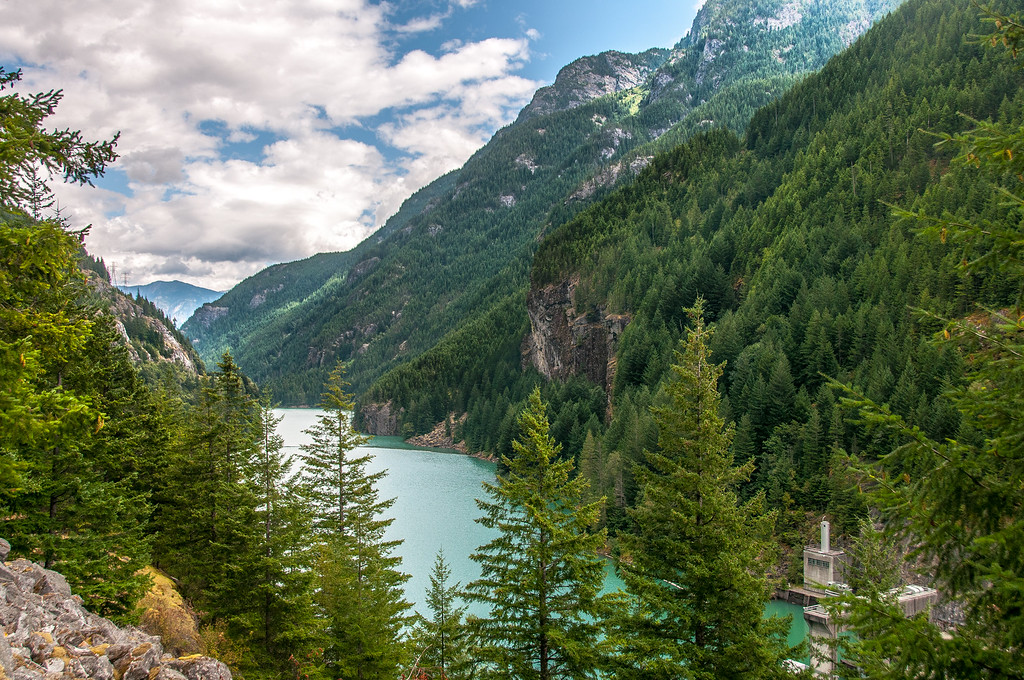 This is one of the three largest national park service sites in Washington that belong to the Cascades Range. There are several wilderness areas surrounding the park’s 504,781-acre land area. According to archaeological studies in the region, human activity in the area dates back to the last glacial period. For the next 10,000 years, the region has become uninhabited. The decision to name the area as a national park came after several proponents fought for it to help protect the natural and cultural resources in the region. Among the natural features protected within the park are the mountain ranges of the Cascades, lakes, ponds, and glaciers, along with the ecological species within the area. 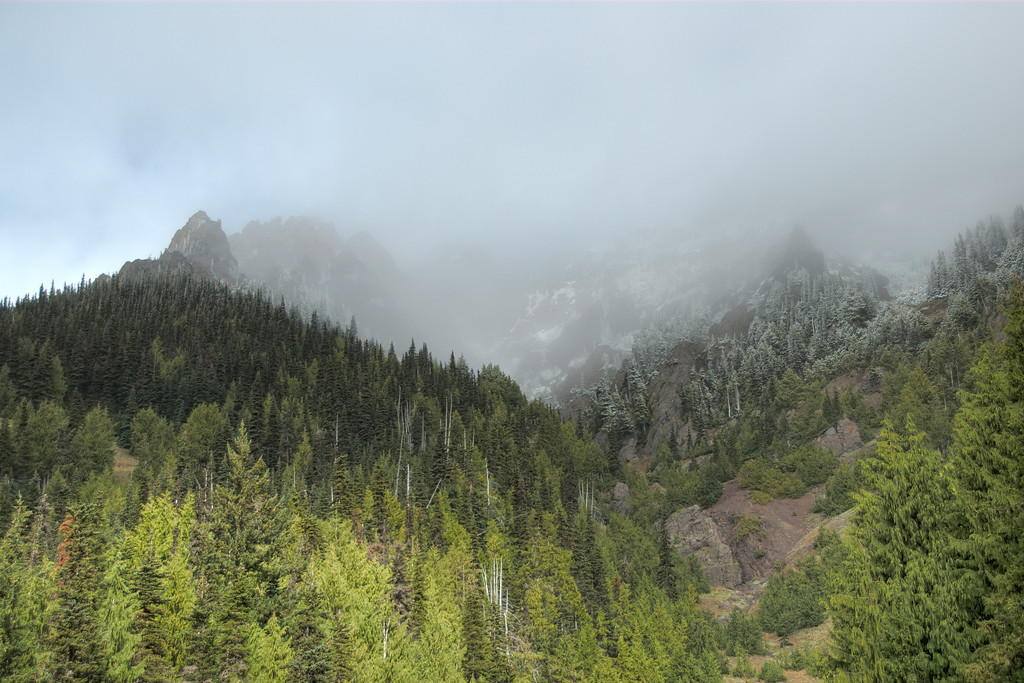 This site is not only a US National Park but also a World Heritage Site as declared by UNESCO. It is located in the northwestern portion of the state and is notable for its ecosystems and biodiversity. The glacier-clad peaks are the most prominent features of the park. This exists next to alpine meadows, which makes it one of the most intact examples of old temperate rainforest in the Pacific Northwest region.

The wilderness coastline and the rich species of fish, plants, and animals are part of those protected by the property. It was inscribed into the UNESCO World Heritage Sites list in 1981.

This is another site managed by the US National Park Service in the North Cascades National Park Service Complex in Washington. Ross Lake spans the Skagit River at the western foothill of the Cascades Mountain range. Also included in this property is the scenic Washington State Route 20 and three reservoirs, among others. There are over 700,000 tourists who visit this national recreational area each year.

Since being named as a national historical park in 1966, the San Juan Island National Historical Park has been operated and managed by the US National Park Service. The site commemorates the camps of the British and US armies during the time of the Pig War. These camps were established during the mid-19th century after a border dispute was triggered due to the killing of a pig. For 12 years, these camps were occupied until the signing of the Treaty of Washington. Therefore, you can explore two parts of the park: the US camp and the British camp.

This national historic site is located in Walla Walla, Washington. The property commemorates the site of the former Whitman Mission that helped establish the Oregon Trail. The Whitmans were slain by the Native Americans in the region. They were Methodist missionaries that traveled in a caravan. It was also a significant journey as Eliza Hart Spalding and Narcissa Whitman were the first women to travel across the continent. However, the Native American tribes were suspicious of the motives behind the mission, leading to their killing – all 11 of the missionaries.