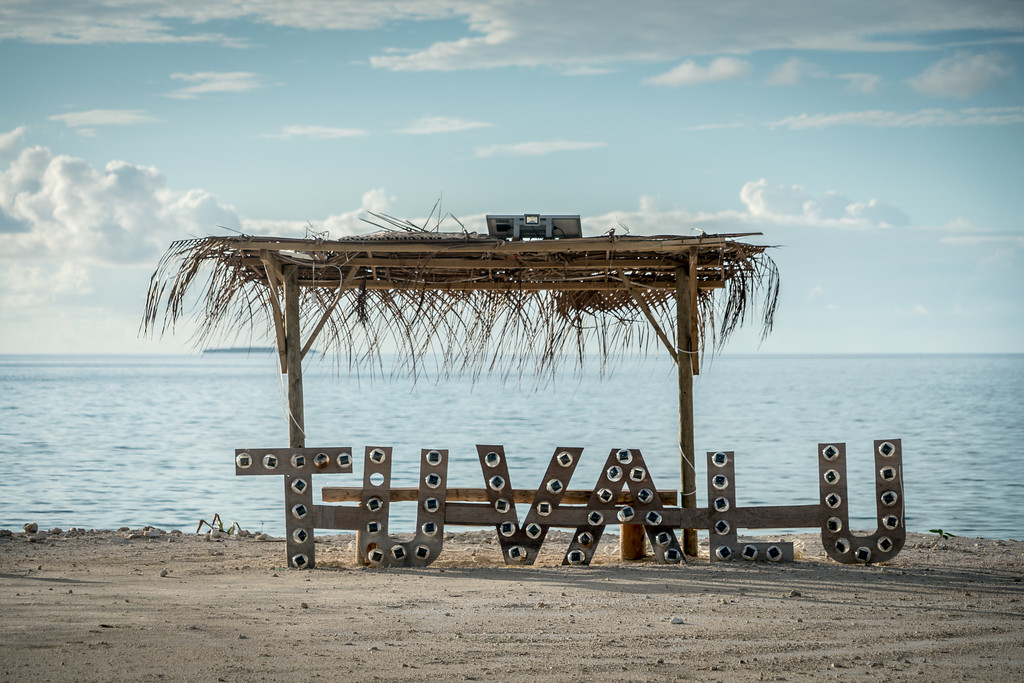 Let’s get honest here for a moment: There’s a good chance you’ve never heard of Tuvalu. And if you have heard of it, you probably don’t know much about this island country located in the Pacific.

Don’t worry. I’m here to help. I have visited Tuvalu, and there are a few interesting and fun things you should know whether you’re planning a trip, or if you’re simply interested in learning something new! Let’s dive into a new installment of Facts You Might Not Have Known: Tuvalu facts edition.

But first, let’s get one question out of the way.

Where is Tuvalu? Tuvalu is a tiny collection of Pacific Islands just south of the Equator—they’re located in the middle of the Pacific Ocean and technically located in Oceania. Tuvalu is located roughly halfway between Hawaii and Australia.

1. Tuvalu is one of the smallest countries in the world.

There are currently 193 countries in the United Nations. If you ranked them all by population, Tuvalu would be number 193. The current population estimate for the country is 11,192.

To put that into perspective, 23,000 people work at the Pentagon, which is a single building!

In terms of total area, the country has only 26 km2 (10 mi2) of land, making it the third smallest country behind Monaco and Nauru.

Technically, Vatican City is smaller in terms of both area and population, but it’s not in the United Nations.

Tuvalu also has the smallest economy of any country in the world due to its size, lack of resources, and remote location.

Interesting Reading: Where The Hell Is Tuvalu?: How I Became the Law Man of the World’s Fourth-Smallest Country

2. The country does not take credit cards.

Not that there are many places you can spend your money in Tuvalu. The country only has one hotel and one real guest house. Those are also the only restaurants in the country.

There’s also no ATM machine anywhere in Tuvalu. And to top it off, the country uses the Australian Dollar, which is difficult to obtain in Fiji—which is the only place offering flights to Tuvalu!

The country is small, which is the primary reason you can’t use credit cards, and its remote location in the middle of the ocean is the second key factor. There isn’t a whole lot of demand for credit cards, and putting the infrastructure in place to process them would take a lot of money.

Every country has a unique country code extension provided according to rules from ICANN. Tuvalu discovered the value of its .tv extension and this is now the largest source of income for this tiny island nation. Many major players in the television and entertainment industry are willing to pay top dollar for a .tv extension, and this now provides Tuvalu millions in annual revenue.

The government has used this new influx of revenue to better the life of islanders, installing electricity in outer islands, bettering infrastructure, and providing scholarships for citizens.

4. Tuvalu used to be known as the Ellice Islands.

In the 19th century, the United States made claims on many of the islands that make up Tuvalu under the Guano Act of 1856. In 1979, the U.S. Senate ratified the Treaty of Friendship with Tuvalu, within which the U.S. renounced any and all claims to Tuvaluan territory.

Thanks to its status as a former British colony, many Tuvaluan people—who are Polynesian by descent—speak English. And given that, both English and Tuvaluan are the two official languages of Tuvalu.

5. Tuvalu is made up entirely of atolls.

While many island countries often have some islands that are coral atolls, there are only four countries in the world made up entirely of coral atolls:

Atolls are the remains of a volcano that has sunk below the surface of the water. The surrounding coral reef is all that remains of the former island. Atolls are long, narrow islands and are very close to sea level.

Most of the island of Funafuti have a single road which just goes from one end of the narrow island to the other. On one side of the road is the ocean and on the other side is the lagoon.

The theory of coral atoll formation was developed by Charles Darwin and a team came to Tuvalu in the late 19th century to drill on the island to verify the theory.

One of the downsides of being entirely comprised of coral atolls is that you aren’t very high above sea level. The highest point in the entire country is only 4.6 meters (15 ft) above sea level. That means if sea levels rise only a few feet, most of the country will be underwater.

There are already talks in the works to move the entire country to New Zealand or Fiji if/when this becomes a pressing issue in the future.

Not only is this an issue, but many crops—such as taro and coconut, which are planted on the island—may be in danger as saltwater creeps into their root system.

Interesting Reading: The Cultural Impacts of Climate Change: Sense of Place and Sense of Community in Tuvalu, A Country Threatened by Sea Level Rise

7. Tuvalu has the world’s most liberal visa policy … and no one visits.

Anyone from any country in the world can travel to Tuvalu without a visa, or they can receive a visa on arrival. There isn’t a citizen from a single country on the planet who has to apply for a visa to travel to Tuvalu.

The trick, however, is getting to Tuvalu. As of 2019, direct flights to Tuvalu leave from Suva, Fiji, and there are only about two a week. Air Kiribati added a once-a-week service in 2018, but travelers report that the flight is often canceled and the airline has had problems with the plane that flies this route—so don’t count on getting there from Kiribati.

Then, once you get to Tuvalu, your accommodation options are extremely limited. There’s only one real hotel on the island and a few other guesthouses. That’s it. As noted above, none of them take credit cards.

With only 2,000 visitors per year, Tuvalu is the least visited country on Earth.

The word “Tuvalu” means ‘eight standing together’ in reference to the eight original inhabited islands in the country. Today there are nine populated islands and they are represented by the nine stars on the flag of Tuvalu.

The nine major islands of Tuvalu are:

Funafuti is the capital of Tuvalu, and the largest island—it’s also the location of the only airport in the country.

Still intrigued about the most interesting facts, culture, and history of Tuvalu? Here are our three favorite books exploring all things Tuvalu: