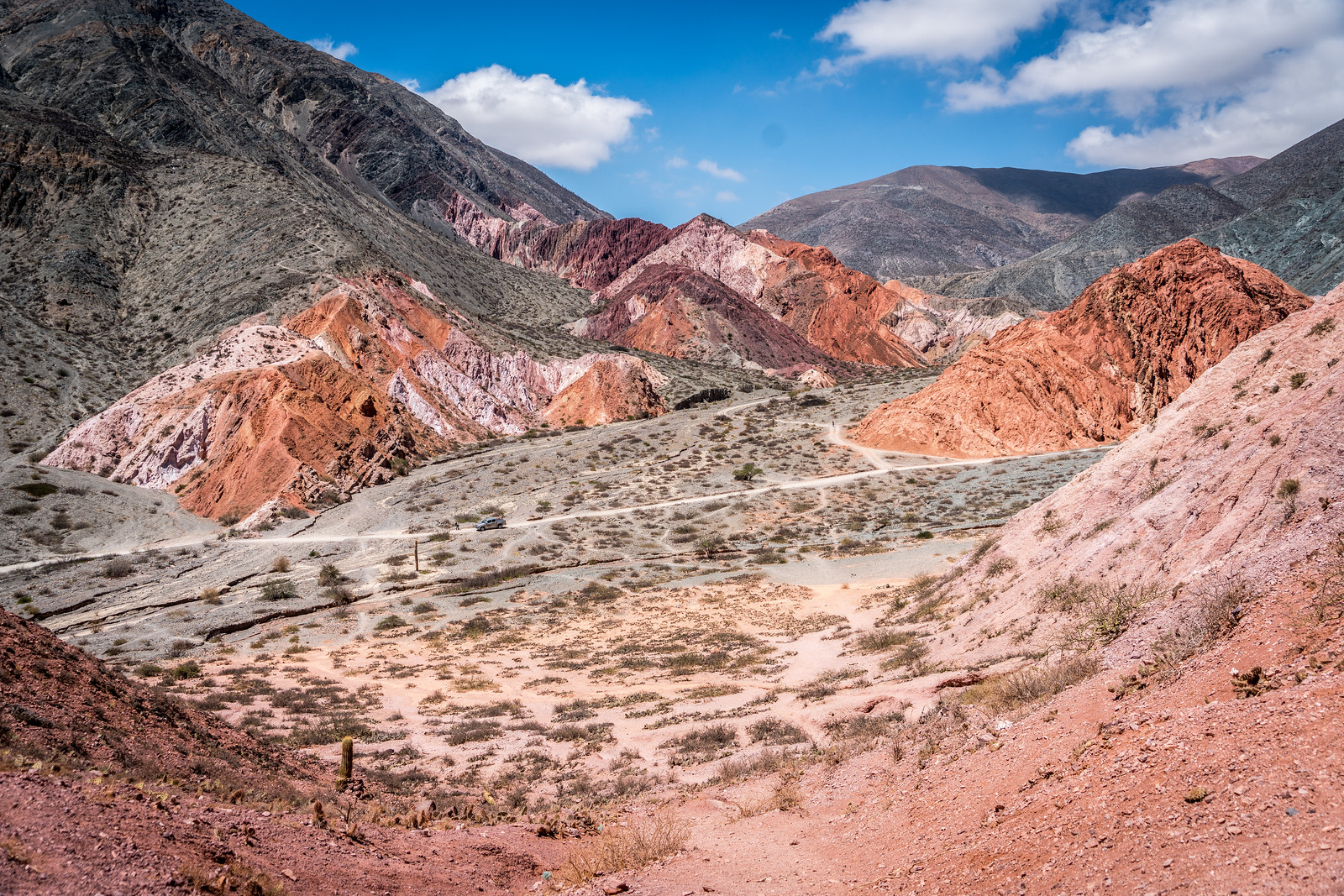 There are 11 UNESCO World Heritage Sites in Argentina. Of these 11 sites, 7 are listed under the Cultural category while the remaining 4 are all natural sites. You can learn more about each of these sites below:

When literally translated, Cueva de las Manos means “Cave of Hands”. This entry into the list of UNESCO World Heritage Sites in Argentina is a cave system that is located in the Santa Cruz province of Argentina. The caves are known for the paintings of hands that were discovered at the caves, of which experts dated to about 13,000 to 9,000 years ago.

Therefore, the cultural value of the cave is preserved by citing this as a world heritage site. The hand paintings were also proof that several waves of people inhabited the region, especially the caves, in the course of the country’s history. The earliest artwork from the collection was carbon-dated to as far back as 7300 BC. The depictions of these paintings vary in terms of subjects – from humans to animals, to hunting scenes and geometric shapes, to name a few.

Jesuit Block and Estancias of Cordoba (2000)

This is another cultural site in the list of UNESCO World Heritage Sites in Argentina. It represents the core of the entire Jesuit system in the country. The site is comprised of a church (the residence of the Society of Jesus) and the college. In addition to the farming estates within this property, there are also various secular and religious buildings that exhibit the religious, social and economic condition of Argentina for a period of 150 years (from the 17th to the 18th centuries).

This property is shared by Argentina with another country: Brazil. This property comprises several mission ruins located at the heart of a tropical forest in Argentina. These five Jesuit missions were built from the 17th to the 18th century in Guaranis. Each mission is characterized by a unique layout and is currently preserved in order to commemorate this key moment in the country’s religious history. The missions vary in their level of preservation. The missions that are protected by UNESCO within this property are San Ignacio Mini, Santa Ana, Nuestra Señora de Loreto and Santa Maria Mayor in Argentina. The fifth mission, Ruins of Sao Miguel das Missoes, is located in Brazil.

This Andean Road System was created by the Inca Civilization for the purpose of trade, defense, and communication. When the site was inscribed to the UNESCO list in 2014, it was quickly expanded that same year to include the former Ecuador TWHS Pambamarca, Ingapirca and some portions of the Lacs du Cajas et Ruines de Paredones. The entire road system measures up to 30,000 kilometers in length and it took the Incas several centuries to complete the construction. It also provides a glimpse into the pre-Inca infrastructure.

In 2003, Quebrada de Humahuaca was inscribed into the list of UNESCO World Heritage Sites in Argentina. This narrow mountain valley is of cultural importance to Argentina because it serves as the center for cultural communication, social and economic crossroads during that time. The history of settlement in the area is estimated to have been around 10,000 years. The earliest settlers are hunter-gatherers, which is based on the remains that were collected at the site over the years of study in this region. It is also believed that this part of Argentina served as a caravan road for the Inca Empire during the 15th century.

The Architectural Work of Le Corbusier, an Outstanding Contribution to the Modern Movement (2016)

This is another transnational property among the list of UNESCO World Heritage Sites in Argentina. This is a collection of 17 sites that are dispersed through numerous countries including France, Switzerland, Belgium, Germany, India, and Japan. These properties are architectural works of Franco-Swiss architect known as Le Corbusier. He innovated the application of Modernism in construction and how it can signify a global architectural style.

This is the first of the national sites in this list of UNESCO World Heritage Sites in Argentina. It was inscribed by UNESCO in 1984 due to the richness in natural features of the park. The park covers up to 672 square kilometers in land area and is located in Misiones Province.

The park was once the home to hunter-gatherers from the Eldoradense culture. By 1,000 CE, these hunter-gatherers were displaced by the Guarani when new agricultural technologies were introduced to these settlers. In 1934, the park was established to protect one of the most important natural beauties in the country, which consists mostly of a subtropical jungle. It is also home to a diverse collection of flora and fauna species that include threatened species. The Iguazu River is also another important natural feature within the park. It travels for more than 1,320 km until it reaches the Parana River.

This national park in the province of La Rioja in Argentina is the second natural site listed by UNESCO. In 1975, it was designated as a provincial reserve but was elevated into a national park status in 1997. In 2000, it was recognized by UNESCO for its natural value and significance.

The park encompasses the Argentine Monte ecoregion, which is currently being worked on to preserve for many centuries. With a size of over 2,000 square kilometers in land area, it rises up to 1,500 meters above sea level. The ecoregion protects important paleontological and archaeological sites that were discovered within its premises. In addition, the beautiful natural landscape also provides habitat for various flora and fauna species.

This park in Santa Cruz, Argentina is a federally protected area spanning a total of 726,927 hectares in land area. It is the largest national park in Argentina. It is also one of the UNESCO World Heritage Sites in Argentina.

Established in 1937, Los Glaciares National Park exhibits the unique co-existence of the west Patagonian steppe biodiversity and the Magellanic subpolar forest. The site is in a good state of preservation but the declaration in 1981 of the park as a UNESCO site aims to double the current efforts at preserving the park. The park was named after the giant ice cap in the Andes, which is the largest outside of Greenland and Antarctica.

Peninsula Valdes rounds up this list of UNESCO World Heritage Sites in Argentina. It is a peninsula located on the Atlantic Coast of Argentina’s Chubut Province. It is considered an important natural reserve in this part of Argentina. Majority of the peninsula consists of barren land with salt lakes.

Peninsula Valdes is also rich in fauna species like elephant seals, fur seals, sea lions and other types of marine mammals. Meanwhile, southern right whales can be found in the protected bodies of water in between mainland Patagonia and the peninsula.

The Los Alerces National Park in Argentina is the newest addition to the natural properties cited as having world heritage value. This park belongs to the Chubut Province in Argentina and encompasses 2,630 square kilometers in land area. It is located along the Chilean border. The park is known for the alerce trees that grow within the park area.

In 1937, the park was established to protect the alerce forest and other forms of flora along the Patagonian Andes. This park consists the largest collection of alerce trees in Argentina. The alerce tree is one of the longest living trees in the world with some trees as old as 3,000 years! Most other trees are at least 1,000 years old.