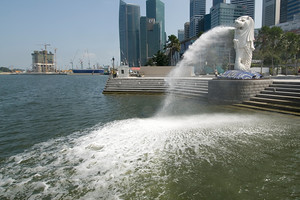 I’ve been in Singapore for a few days now, marking my third time in the city. I was first here in 1999 and was last here during the 2008 Olympics. (Read my previous thoughts on Singapore from 2008.) When I first visited Singapore in 1999 I became fascinated with the city. I read several books on the history of Singapore and Lee Kwan Yew immediately after leaving Singapore and have always kept an eye on the news from the country.

If someone from a western country wanted to visit Asia for the first time, and they were not an experienced traveler, I’d probably recommend Singapore. It is the only country in Asia where English is widely spoken. All signage and commerce is done in English. While you can often hear other languages on the street (including Singlish), the vast majority of the population, especially younger people, can speak English.

The other benefit to visiting Singapore as a gateway to Asia is the diversity of the country. Here you can find populations of Chinese, Malay, and Indians living together. You can find Christian churches, Moslem mosques, and Buddhist and Hindu temples all over the city. In addition to being the most diverse city in Asia, the diversity arguably makes it the best food city in Asia. You can find cheap, good food at any of the many hawker stands which dot the city. 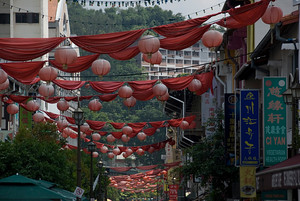 Singapore is currently trying to build up its tourism industry. Being a small country, there isn’t much to see in terms of history or natural attractions, however. They have ripped a page out of the Macau page book and have decided to build casinos. There is currently one on the small island of Sentosa and there is currently a massive one under construction near the marina. It will be interesting to see how it plays out. One casino does not a Macau make, but if there is one country that could pull it off in a classy way, it is Singapore.

The two things people mention right away you bring up Singapore are; 1) the fact that you can’t chew gum, and 2) that American kid who got caned years ago. The caning took place 16 years ago, yet still is one of the only things people think of when they think of Singapore. The ban on chewing gum is technically not a ban on the chewing of gum. It is a ban on the sale and importation of gum. (Technically, if you bring a personal stash of gum into the country, that would violate the law, but I doubt if you are going to see the gum police come after you.) The reason for the ban is the same reason Disney World doesn’t sell gum on its property: it is a pain to clean. There is an exemption for therapeutic chewing gum if it is prescribed by a doctor or a dentist.

I am often asked by people if I’ve ever visited a place where I would consider living. Singapore is very close to being such a place if not for one thing: the incredibly high cost of real estate. Being a wealthy country on a small island, prices for rent are very high. They seem to be on a par with what you’d find in Manhattan, London, San Francisco or Tokyo.

I’ll be here the rest of the week, and if you are in Singapore I will also be giving a presentation on Friday, March 5 at Amirah’s Grill, Level 2, No.142 Arab Street Opposite Golden Landmark Hotel. You can RSVP on Facebook.

15 thoughts on “Once More in Singapore”