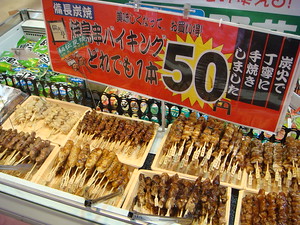 The first time I ever visited Canada I was fascinated by all the things which were different. The road signs, the occasional sign in French, the metric system, and the different products in the stores. The reason why those things stuck out is because, as much as Canadians hate to admit it, America and Canada are pretty much the same. The things I found different were aberrations (to me) on what was otherwise a very familiar background.

I point this out because humans are pattern seeking animals. We evolved to notice patters in the weather, the environment, migrations of animals, and the stars. When I went to Canada I noticed trivial things because they broke up the patterns I was used to seeing. You can notice similar things as you go from state to state as well. I assume the same would be true of Canadians visiting the US or Germans visiting Austria or people from Beijing visiting Shanghai. What very few differences exist between people from Wisconsin and Minnesota are exaggerated and amplified whenever they get together. (duck duck goose vs duck duck grey duck)

When I visited Japan I had the opposite experience that I had in Canada. Everything was different, so my eye immediately was drawn to those things which I found similar. When I walked in a 7-11, I couldn’t help but notice that they too had Lay’s potato chips (although they had seaweed flavor). If I looked in a cooler I’d notice a bunch of beverages I’d never seen before….and Coke. My eye was drawn to the Coke because that was familiar. 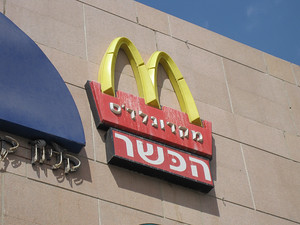 Sometimes, our attempts at pattern seeking can backfire on us. We can attempt to try to create a pattern where none exists or try to find a pattern using too little data. I’ve met many people in the course of traveling who have had diametrically different views of a place. Some people love Vietnam and some people hate it. Their opinion is usually a result of the unique circumstances they experienced during their trip, but they extrapolate their experience to be a general claim on the entire country. In its worst manifestation, you get stereotyping, which is really just trying to impose a pattern which doesn’t exist on something.

Much of what we see and observe when we travel are subject to these pattern seeking habits we’ve developed. What we come away with when we visit a new place is often a result of these habits we’ve unconsciously developed our whole lives. There is nothing particularly wrong with it, but you should be aware of your own observational limitation lest you come away from a place with an opinion which is shaded too much by what you are trying to look for.

You can also miss things if you don’t know what you should be looking for. Someone from Beijing visiting Hong Kong would notice right away that Hong Kong uses traditional Chineses characters instead of simplified Chinese characters. If you don’t know how to read Chinese, you’d probably never know there was a difference. It would be like a Chinese speaker not noticing that some European languages use an umlaut (ö) and some don’t. If you don’t know the language, there is no way you could know what is different.

I am just as guilty of this as anyone. I constantly ask myself if I can make any larger claims about the places I visit based on my experiences. If I go to Thailand and eat some food, can I then say something about Thai food, or am I really experiencing a regional variation that I am just unaware of? If you have a bad meal, is it the restaurant, the dish or the entire cuisine? Sometimes it can be hard to tell the difference.

One of the reasons I like to visit McDonald’s at least once when I visit a country is that is provides a common background that I’m accustom to, so I can more easily see the local variations that stick out. In the same way, someone from China might learn more about America from eating in a Chinese restaurant than they would going to McDonald’s. Knowing Chinese food, you could easily see in what ways it has been changed to adjust to American palates.

The point of this post is this: You are a product of your background. There is no escaping it. Be aware when you are traveling that what you see migh be because you are looking for it, and there might be things you don’t see because you don’t know to look.

28 thoughts on “Commentary: Of Things Which Are Different, Both Little and Large”